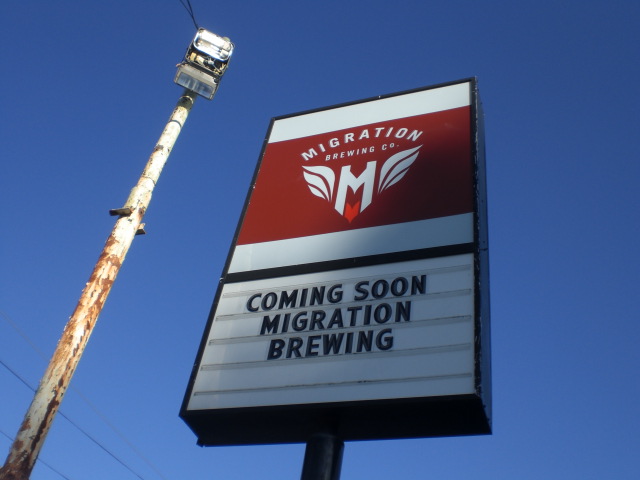 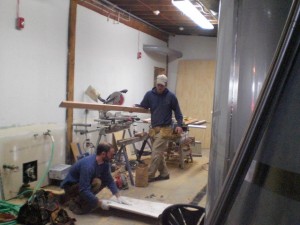 Yesterday I was riding my bicycle down through NE Portland and noticed Migration Brewing, a soon-to-be-open brewpub at 2828 NE Glisan. I’d met with brewer and co-founder Michael Branes a while back at Belmont Station and had read a post about the new spot from Bill at It’s Pub Night. Branes began brewing professionally at Barley Johns Brew Pub in Minneapolis, Minnesota and has been actively brewing beer for the past six years in Portland.  For the last three years, he worked as a distributor with Mountain People’s organic beer and wine distributing company. Branes’ partners in crime are McKean Banzer-Lausberg and Colin Rath. Banzer-Lausberg, a former pub manager at Lucky Lab, will run in-house finances, employees and kitchen management. Rath will handle bar management, outside marketing, and oversee community-based programs. His involvement with the Bicycle Transportation Alliance (BTA) makes him a great fit for this outpost. 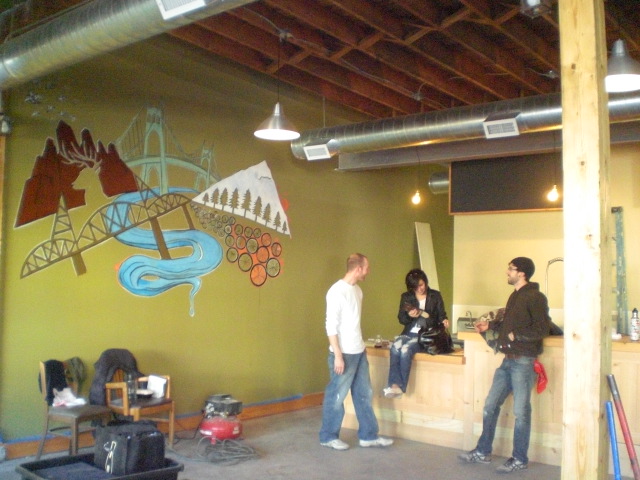 In a statement posted on their LinkedIn page, Migration says the following:

Most important to Migration Brewing is sustainable financial success, which will be achieved through creating an exceptional craft beer product, tight inventory and overhead controls combined with aggressive sales and marketing outreach. Additionally, Migration Brewing will have an allegiance with local suppliers for our beer and food ingredients allowing us to adhere to our company mission of providing high quality, environmentally responsible products. 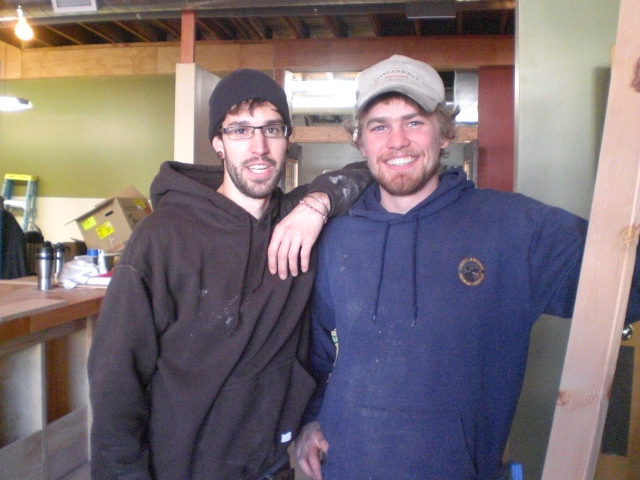 So what is going on with Migration? 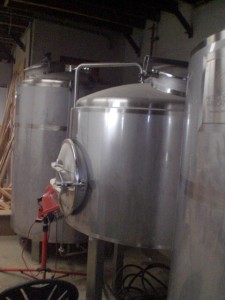 The big tasks are taken care of for the most part: permits, OLCC licensing, and major construction. As Banzer-Lausberg told me yesterday, it’s the little finishing touches that often consume the most energy while pushing toward the finish line. When I popped in, the friendly crew were hard at work sorting out the plumbing and detailing the interior. In less than a year, they have managed to get an impressive amount of work done toward realizing their dream. According to Rath, Migration expects their doors to be open to the public and the beer to be flowing in roughly two months. The last touches will also include securing inventory and ironing out their menu. The seven-barrel brew kettles are installed and the fermenters will be on their way soon. We are stoked to spend our summer kicking it at this fresh new brewpub. 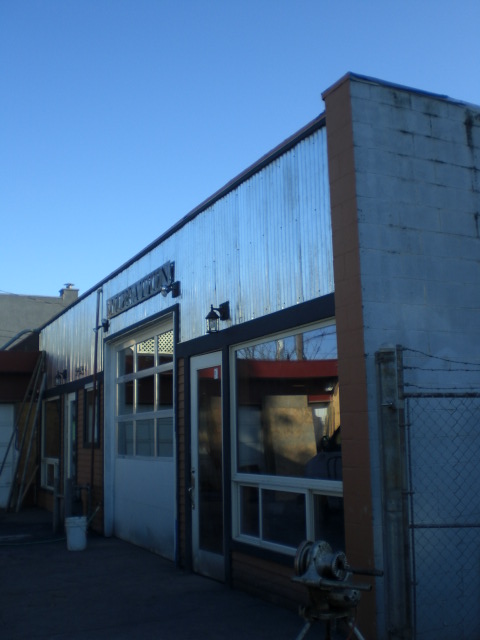