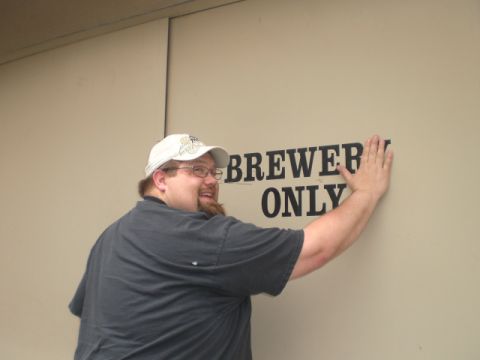 Since Brewpublic broke the news about Shawn Kelso leaving Barley Brown’s Brewpub in Baker City, OR to assume a brewery post with 10 Barrel Brewing, more information came to light from 10 Barrel. Here’s the official and un-official statements from the Bend-based brewery:

Team with Tonya Cornett and Jimmy Seifrit at 10 Barrel 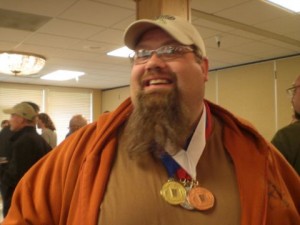 10 Barrel Brewing Company is proud to announce another world class addition to our brewing team in Shawn Kelso, former Brewmaster of Barley Brown’s Brewing.  Shawn is one of the highest decorated single brewers in the country, winning 50 national medals over the last seven years.  He will be the Brewmaster of 10 Barrel’s second brewpub, opening this summer in Boise, ID.  Shawn will also play an integral role in all product development for the overall company, working hand-in-hand with Tonya Cornett on our 10 Barrel experimental system in Bend.

“What I am most excited about is having the opportunity to work with such world-class talent in Jimmy and Tonya. Joining 10 Barrel is a chance to jump on board with a really aggressive young company that is working hard to push the boundaries of conventional brewing in the northwest.  They are providing me an opportunity to not only contribute to that growth, but to play a critical role in helping shape the direction of the company and challenging myself as a brewer.  Joining an up and coming brew scene in Boise will allow me to really showcase my talents in front of a larger audience, including the entire 10 Barrel footprint”  Shawn Kelso.

We started talking about expanding our brewery about 2 years ago.  In our first meeting, we put together an impossible to obtain wish list of the top three brewers that we’ve always wanted to work with to lead our brewery.  With the addition of Shawn, the list is now complete!

Forget about their talents in brewing, there aren’t three other people anywhere that we have more fun working, playing, and drinking beer with.  We are going to completely turn these three loose and see just how far they can push the beer culture.  From our perspective, it’s not about all of the medals they have in their resumes; it’s about their talent, passion, and shared desire to recreate the brewing wheel. As a team, we’re super excited about making one hell of a run with our new leaders at our Boise brewpub and new brewery.