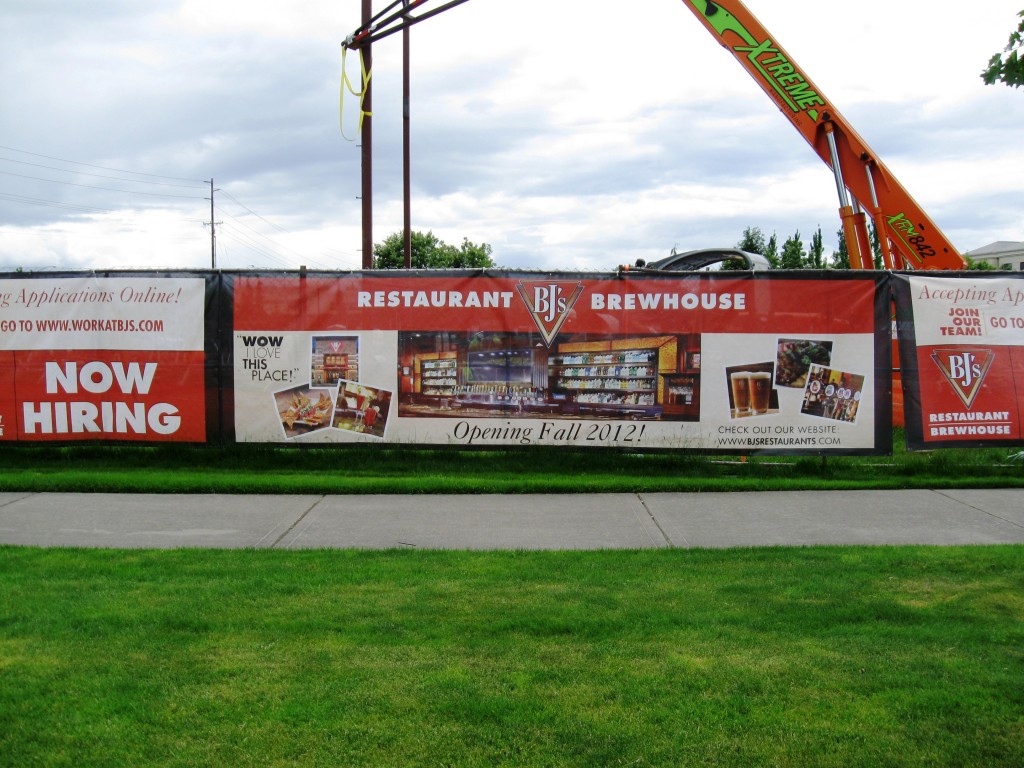 While out on my lunch hour I noticed that a BJ’s Brewhouse is being built in Hillsboro, OR on the corner of NW Cornelius Pass Rd and NW Cornell Rd.  I guess I couldn’t help but notice since the entire construction fencing that surrounds the site is plastered with banners.

I know there’s a BJ’s at Jantzen Beach, which I haven’t been to.  It never looked very inviting, so I never went in.  I also didn’t know that there are a lot more locations throughout the U.S.  California boosts the most at 60 and Texas comes in second with 25.  Oregon has two; one at Jantzen Beach and one in Eugene.  Some may even remember the now defunct brewpub that was located in Portland’s Lloyd Center District. There will soon be a third once their Hillsboro location is finished this fall.  I guess my BJ’s knowledge is pretty lame according to some.  My native Californian friends have all heard of it and can’t believe I haven’t been to one. 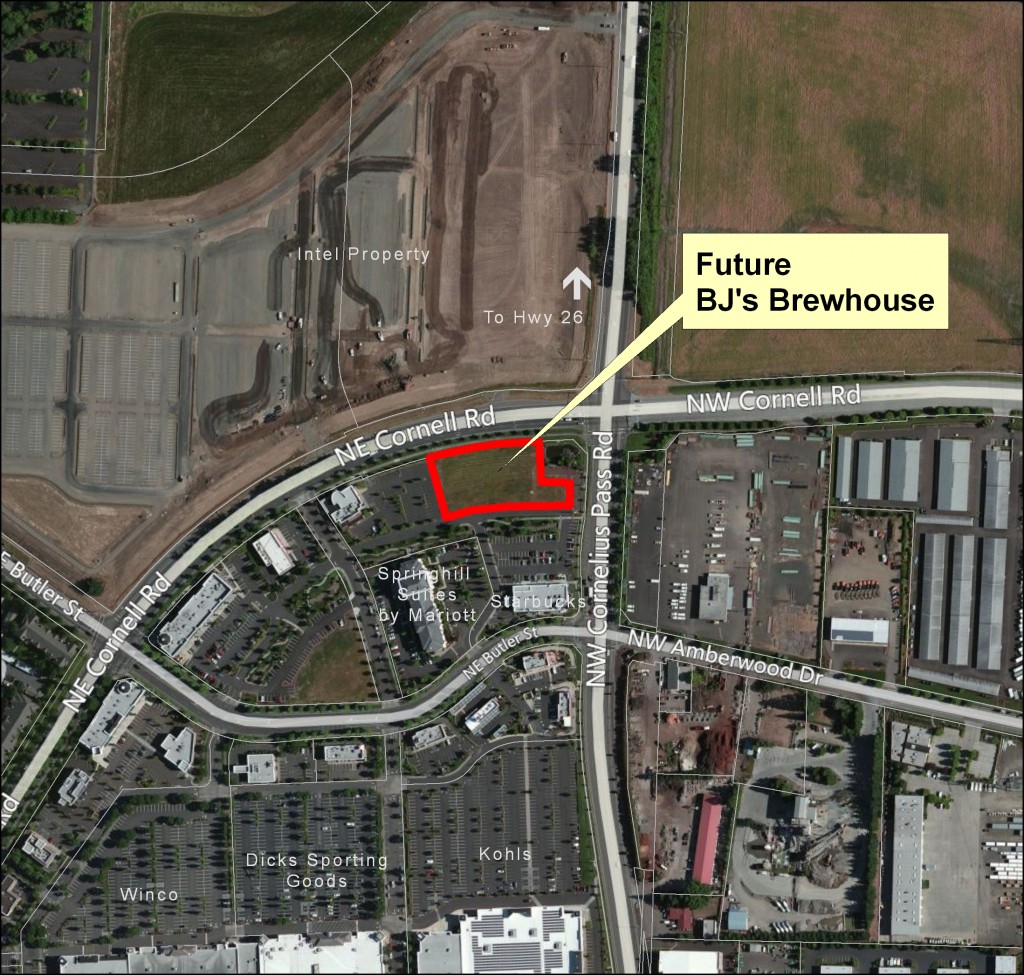 So, my mission, if I choose to accept it, is to visit a BJ’s.  I’m not a big fan of franchises, but now I’m curious.  Seeing 16 beers listed on their website was quite impressive.  They also have a Brewers Blog and have received a significant amount of national and international beer awards.  Their restaurant menu looks pretty standard.  I was told their deep dish pizzas are supposed to be the big hit.

If you want to read more on the history of BJ’s Brewhouse check out their website:

http://www.bjsbrewhouse.com/about-us/our-story They started in 1978 with deep dish pizza and in 1996 started brewing beer at their Brea, CA location.  They have quite the track record and keep expanding; an impressive feat indeed. Currently all of BJ’s beers sold in Oregon are brewed in Reno, Nevada.