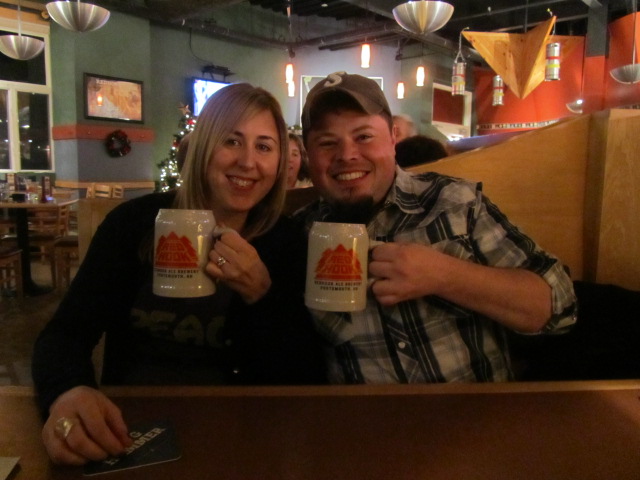 The hunt for the next best craft beer never ceases for a Brewpublican. In wintry dark days of New England where I am currently exploring, there seems to be another treasure around every corner. After leaving Vermont, I found myself in the commonwealth of Massachusetts on the North Shore with the 2 Beer Guys. Founded by Sean Jansen and Ian Cowpar, I first met these cats through Sean’s wife, my high school friend Amber (the fact that she shares a name with a favorite beer style, as I understand it is simply coincidence). Along with Amber and Sean’s brother Ryan (also a contributor to the 2 Beers Guys blog), I met all these passionate beer geeks at last month’s Beer Bloggers Conference in Boulder, Colorado (on a side note, the next BBC will be held, as just announced, August 19-21, 2011 in Portland, Oregon).

After renting a car in Burlington, Vermont, I made my way southeast down I-89 toward Massachusetts’ North Shore where the 2 Beer Guys group of beer lovers call home in the town of

Salisbury near the mouth of the mighty Merrimack River. Along the way, I made a brief stop near the intersection of the I-89 and I-93 in Hooksett, New Hampshire. I first ventured here for beer during a New England beer adventure last year. On the outskirts of Manchester, Hooksett is a little beer oasis of sorts, and is home to White Birch Brewing and Bert’s Better Beers. I spoke with Bill Herlicka, founder, brewer, and everythingman of the White Birch nano operation a day before 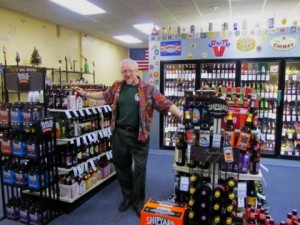 arriving in town and it appeared I would unfortunately miss him again. Still, I had good ole Bert’s to grab a few bottles of Herlicka’s brews. Here, I met with co-owners Bert Bingel and Ron Parker, two welcoming lads with wealth of beer knowledge and passion. I picked up two barrel-aged versions of White Birch’s Belgian-style Tripel – one aged in Pinot Noir cask, the other in that of Merlot. According to Bert, multiple versions of the 10-11+% ABV ale were produced offering substantial variance from one batch to the next. Herlicka informed me that he recently boosted his production from one barrel at a time to seven. In addition to my two barrel-aged Tripels, I also scored a bottle of WB’s Saison. Then, I was back on the highway for the North Shore. 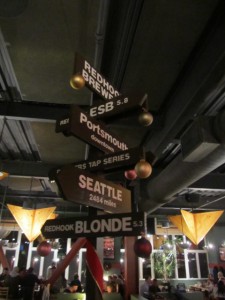 After settling in at my friends’ home in Salisbury, we headed out to dinner. Just 15 minutes north, we found ourselves in Portsmouth, New Hampshire at the Redhook Brewery. This Craft Brewers Alliance facility also produces many of the Widmer products found on the Eastern Seaboard. Along with many of the standard Redhook offerings like the flagship ESB, Copperhook, Longhammer IPA and seasonal Winterhook, Portsmouth’s Redhook 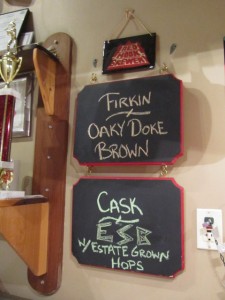 held some brews unique to this location such as a house brewed Trebelhook Barleywine, Oaky Doke oak-aged Brown Ale on firkin, ESB brewed with estate-grown hops, high alpha Single Barb IPA, and a Scottish-style Wee Heavy Ale. Further, this Redhook Brewpub suggested some interesting beer blends like the Hammered Blonde and the Longshoreman (you get the idea). Our very accommodating server made us feel right at home and we even got to indulge in ceramic mugs exclusive to the brewery’s mug club members. 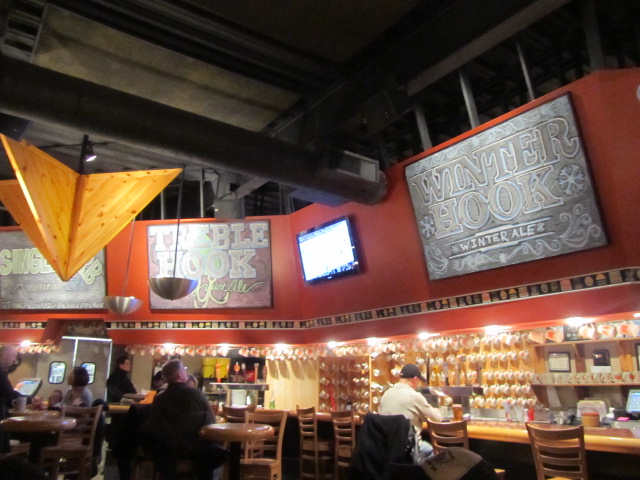 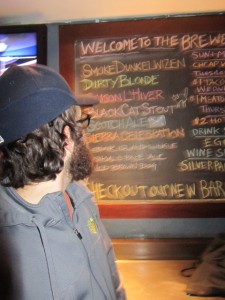 After Redhook, we ventured into downtown Portsmouth to return to an old favorite – Portsmouth Brewery. In the central picturesque cobblestone-laden square in the heart of the city, Portsmouth is known for its amazing food and beer pairing. Many beer geeks are familiar with their world renowned Kate the Great Imperial Stout available in limited quantities once a year. No Kate was pouring on this evening, but Sean and Ian were getting me excited with talks of cracking open a bottle of this coveted dark Russian Imperial in the near future. I was a giddy as a school girl. 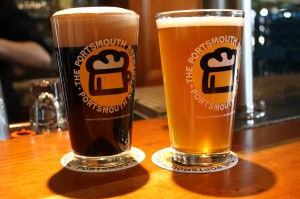 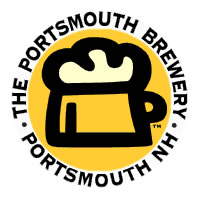 While at Portsmouth Brewery, we made our way into the underground bar where a healthy Saturday night crowd has congregated. More outstanding service and delicious beer as we enjoyed sharing each others brews, and I soon noticed the move to more Belgian-style ales at the brewpub and other unique stylings that exhibited the palate pushing innovation of Brewmaster Tod Mott (check out an interview with Mott here) and his crew of talented brewers. Such interesting Portsmouth brews included a Smoked Dunkelwizen, a malty Dubbel-esque Saison L’hiver, and a robust and hoppy Black Cat Stout. 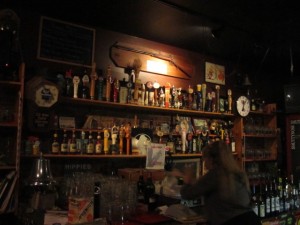 Another exceptional New Hampshire craft beer destination worth noting is The Barley Pub in the town of Dover. Here we discovered 16 rotating taps available to the Seacoast community seven days a week. In addition we also discovered a kickass Burlington, Vermont indie/alt country band called Waylon Speed who rocked the place. 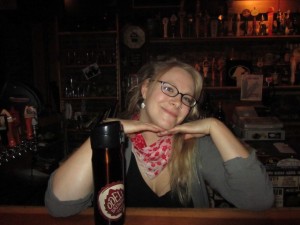 Beers enjoyed and shared by our posse on this evening at The Barley Pub included Smuttynose Golden Lady (a hoppy aromatic session ale), Brooklyn Lager, Allagash Confluence and Allagash Dubbel. A couple rounds of Golden Tee were the perfect conclusion to this amazing adventure in New Hampshire. It’s easy to understand why the motto here is “Brew Free of Die.”