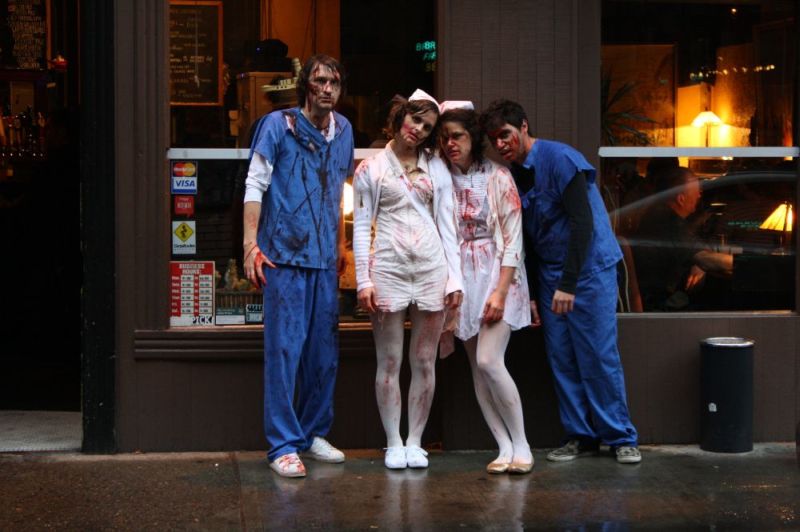 Zombified beer geeks can seek out delicious brains and mouthwatering beer on Halloween night with a special pub crawl for the undead dubbed Night of the Living Ales: 28th Street Pub Crawl. Like the name suggests it is a hell-raising jaunt along SE 28th Street in Portland making stops at Migration Brewing, Spints Alehouse, Beulahland and Coalition Brewing. Organized by local beer artist Ezra Johnson-Greenough of The New School Beer Blog and internationally acclaimed beer scribe Lisa “The Beer Goddess” Morrison, the event will feature some one-of-a-kind craft beers at each destination. Says Johnson-Greenough, “This strip has become one of my favorite neighborhoods to hang out in and if you haven’t been this is a good opportunity to check out some of these new spots as signing up for a wristband ($5) will get you Happy Hour prices at all the locations not to mention the unique costume contest we will have at each location, plus a trivia grand prize not to mention extremely rare special beers at each stop including one of my own, a Peanut Butter Chocolate Oatmeal Stout I guest brewed at Coalition Brewing!” 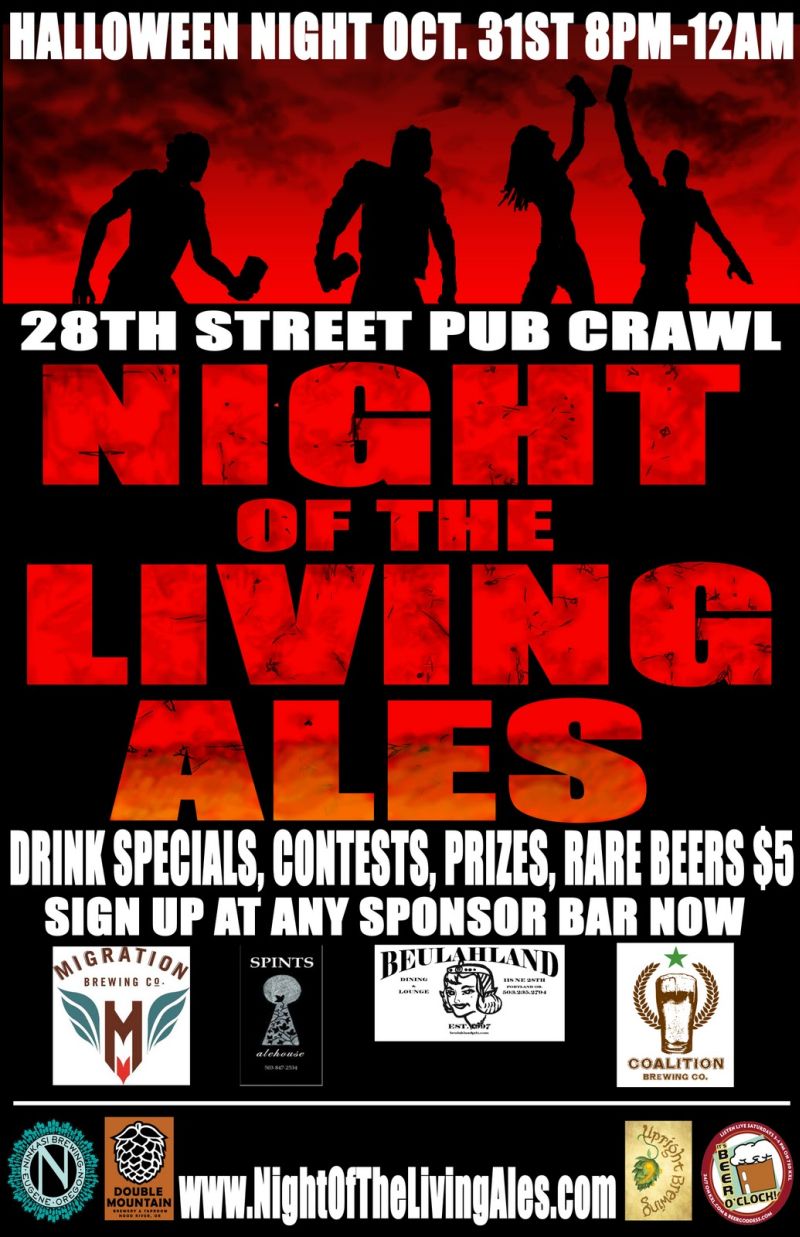 The crew looks to make this an annual tradition. For more info you can go to the website ( http://www.nightofthelivingales.com) and order a wristband there or pick one up at any of the pub crawl locations.