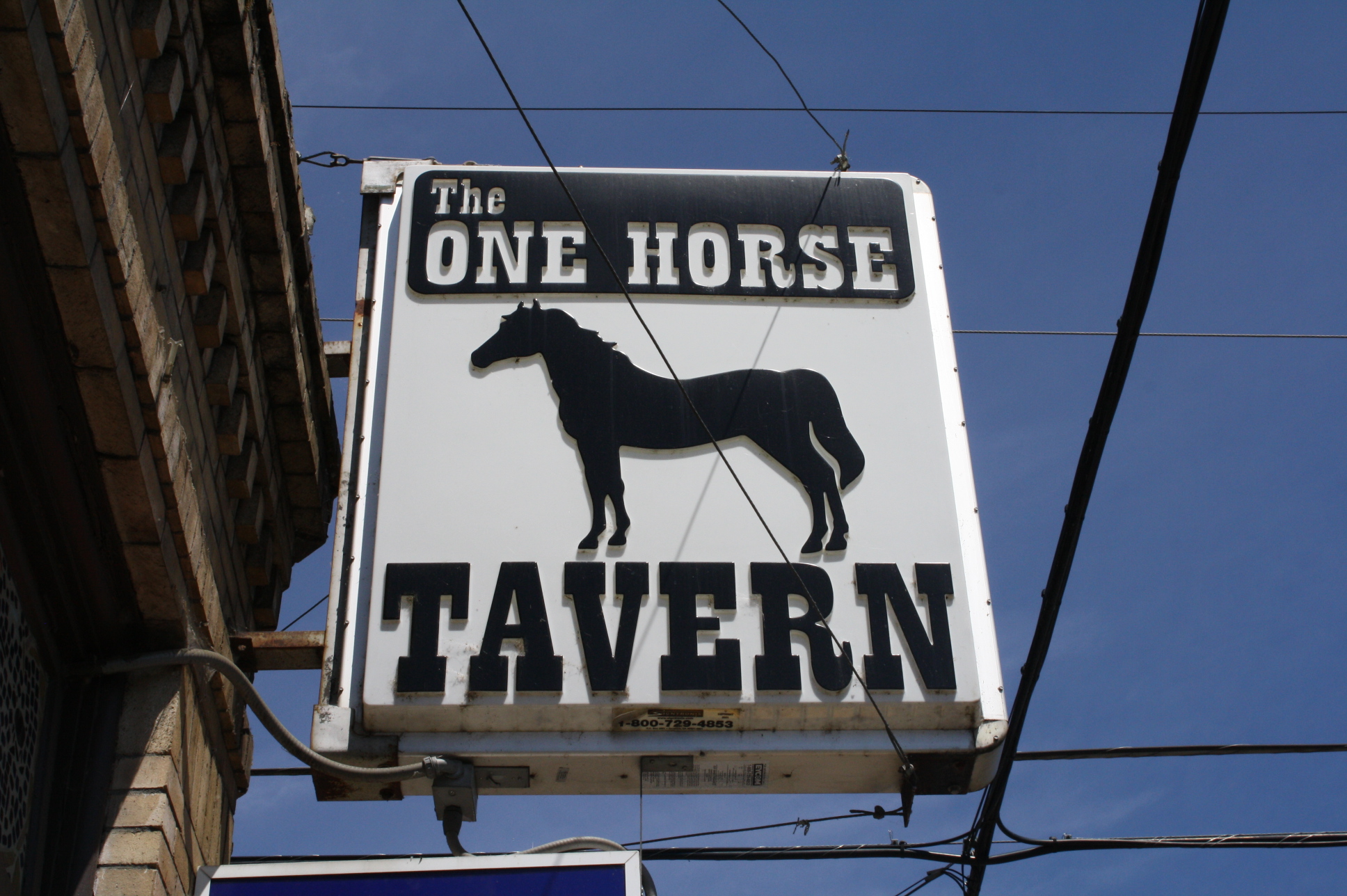 On a recent trip out to the coast, we decided to take a different path. Heading to Pacific City for the night, we turned from highway 26 onto highway 6 and cut across the 47 through the heart of Oregon wine country. Past the town of Forest Grove, where SakeOne makes wonderful rice wines, and into the one-stop-light town of Gaston, Oregon, there can be found a small market and a feed store across the street from the One Horse Tavern. In the heart of Washington County, One Horse was opened by husband and wife team Vince Taggart and Wendy Chamberlain in January 2007.We poked are head in the bar after hearing that the establishment has been registered as a member of the Oregon Brewers Guild and Vince has been making and serving beer on premise. 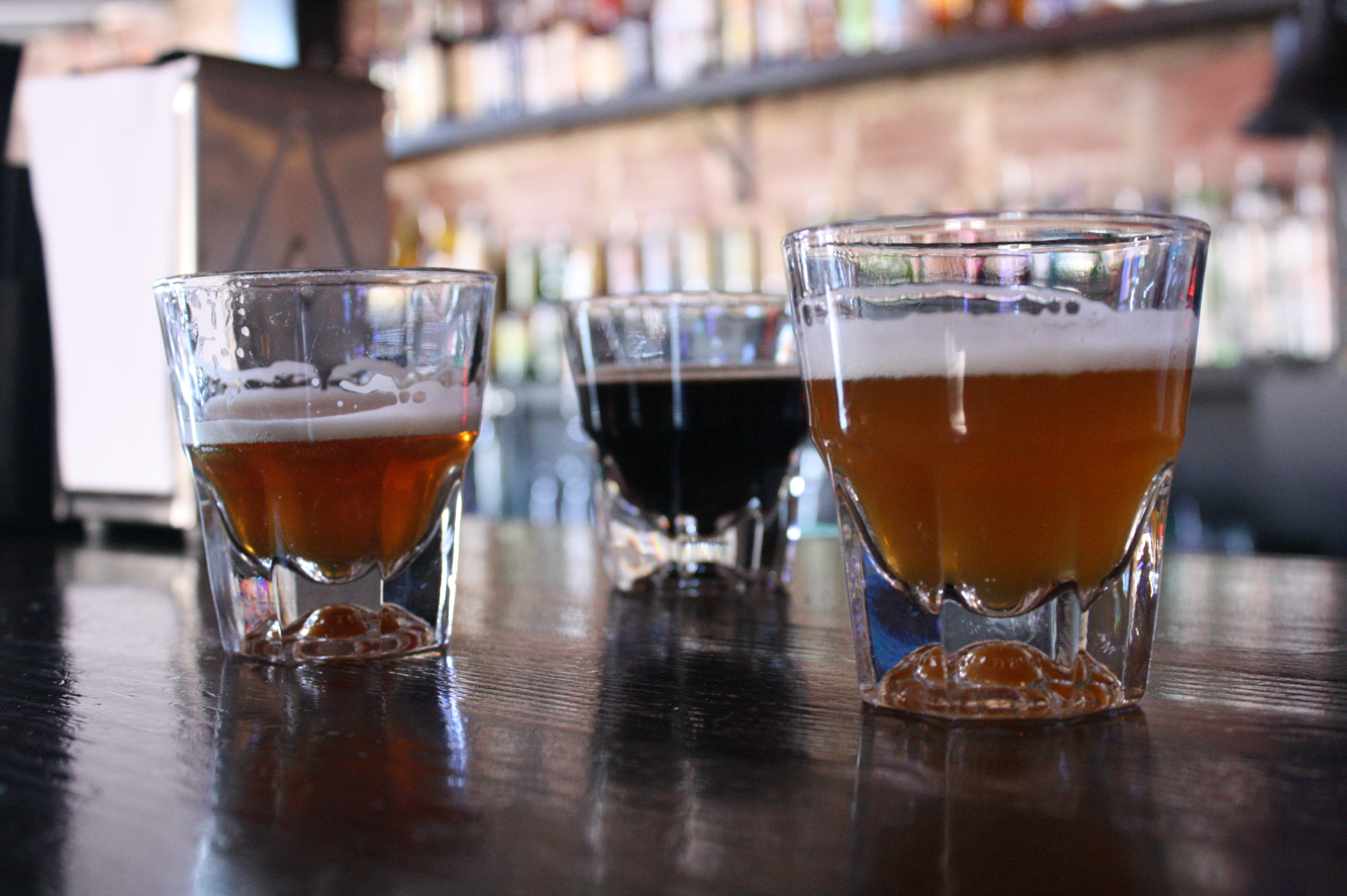 When we arrived in the late morning, Wendy was tending bar, and we appeared to be the first customers of the day. Behind the bar we noticed the small homebrew-esque set up: a one-barrel keg brew taking a break on the shelf. We were graced with samples of the three beers on tap: an IPA, a pale ale, and a coffee stout. They also had a dark ale in 22 ounce bottles for sale. The pale and IPA were decent and despite a hint of a lactic presence had a nice rich hop profile. The coffee stout was roasty with a minimal head and played like a cold shot of espresso whereas most of the beer character was masked by the potent java notes. 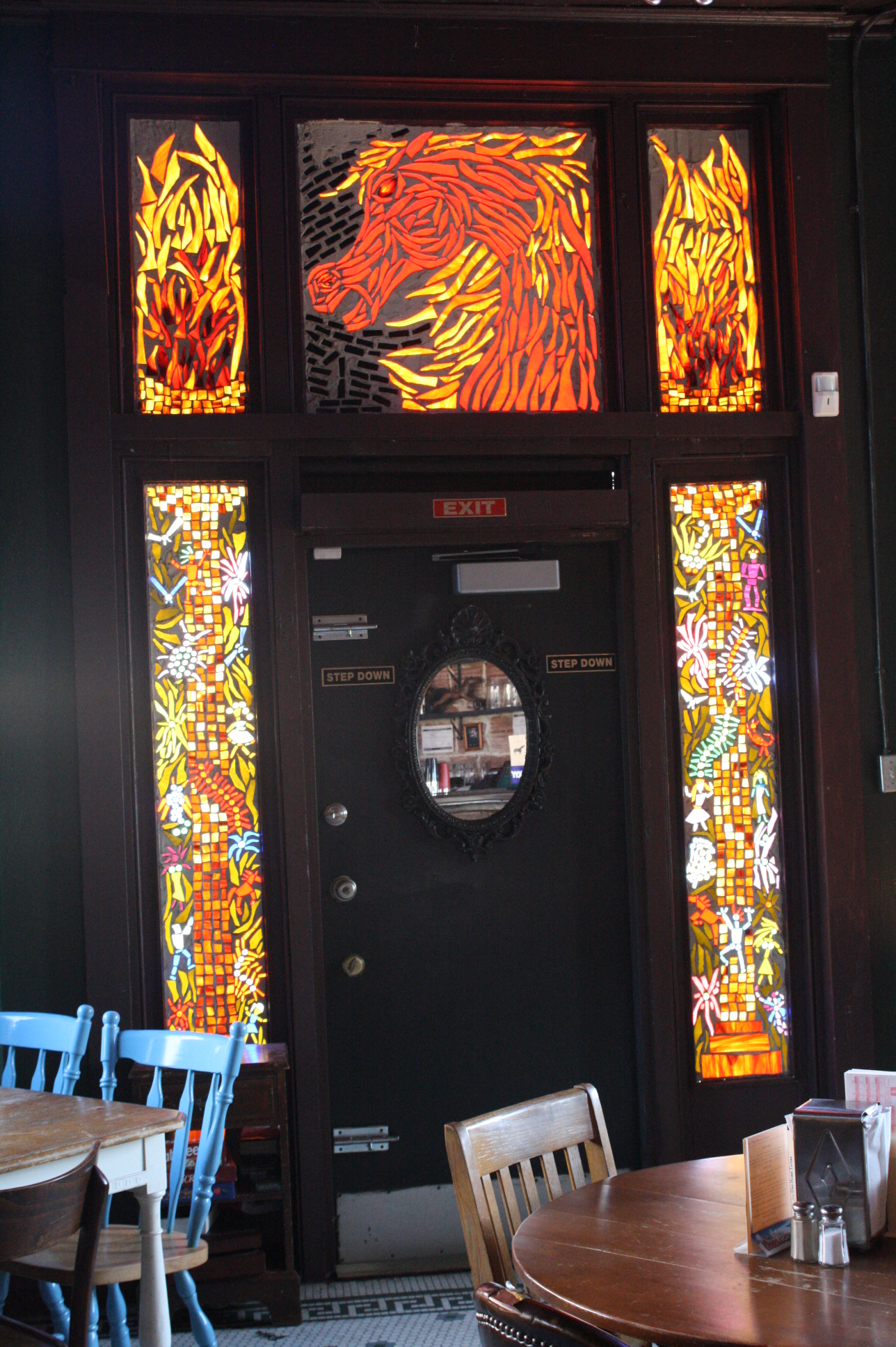 The atmosphere at One Horse on this particular occasion was quite relaxed and we admired the great stain glasswork throughout the pub. We chatted with Wendy about the pub and discovered her advocacy in helping fight the latest beer tax proposal. It was evident that she and Vince possessed a strong independent attitude that I very much appreciated. After a few sips of the samples, we were on our way. If you’re in the area, stop by One Horse and check ’em out. They host several events ranging from Taco Tuesdays to Karaoke, and have a full liquor bar and food menu constituted primarily of burgers and fries. Here’s more from their Myspace page:

A full service saloon in Gaston, Oregon which opened its doors in January 2007. Offers a wide selection of booze – well drinks $3. Happy Hour daily from 4-6pm 50 cents off draft beer. Menu includes the standards of Burger&Fries – with our unique spin on them – such as the Hawaiian burger, the Farm burger, and a killer chili burger. Other fare includes fish & chips, clam strips, and homemade items such as meatloaf & mashed potatoes and homemade soups and chili. There is usually a special such as sausage mac & salad, bangors and mash, mushroom swiss burger – to name just a few. Taco Tuesdays are a cheap night out with 3 for $2 from 3-9 pm. Saturdays we often have free live music or karaoke. Next show with Casey Thomas and Special Ed. A warm and inspiring night of your favorite country western songs. Other activities include free-play table style Ms. Pacman/Pacman machine, MegaTouch, and lottery. 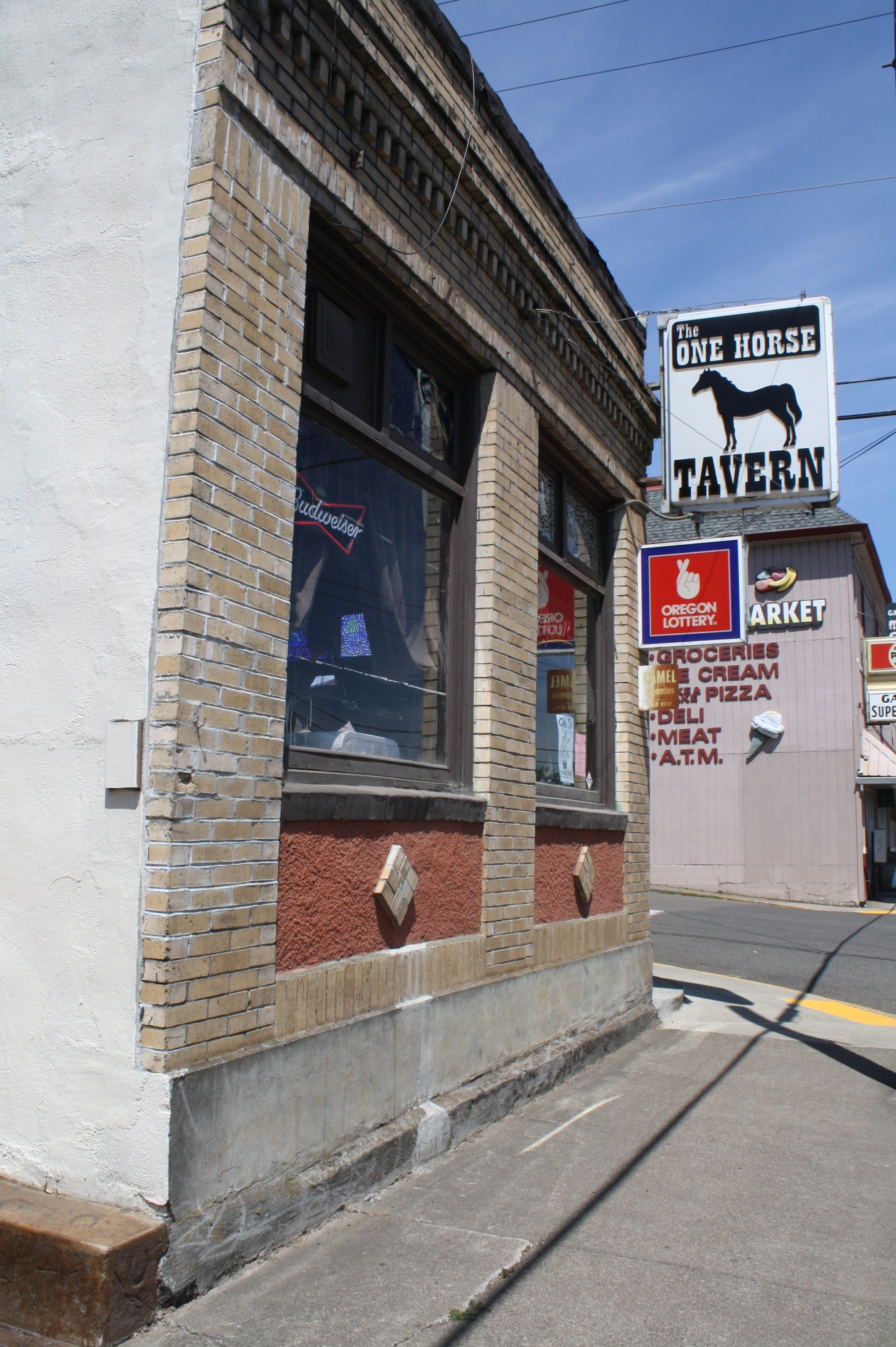