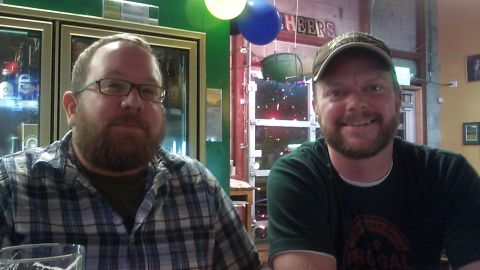 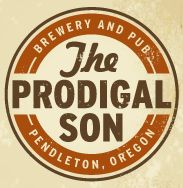 With talk of so many breweries opening in the Portland area, many often forget that there are new places popping up all over the state. One example of this is Prodigal Son Brewing from Pendleton. I was lucky enough to visit this brewery over the summer when they were only three months old. Now with a few more months under their belts, they have decided that it is about time to let the people of Portland experience their beers on a more regular basis. The beers of Prodigal Son were first brought to the Portland market for Brewpublic’s KillerBeerWeek in October. All four owners of Prodigal Son made it out to the Brewpublic events and were excited to see their beer enjoyed for the first time in Portland. Having been able to introduce the owners to a few new craft beers bars in Portland got them excited to start bringing their beers to the area.

Over this past weekend, owners Tim Guenther and Matthew Barnes were doing just that. Setting out on the town with a few suggestions from Brewpublic, Prodigal Son was able to distribute a few of their beers around town. When I met up with Tim and Matthew, they indicated that they are hoping to establish a reputation and hopefully even get a few people to go out and visit the pub in Pendleton. In addition, Prodigal Son Brewing also has a new winter warmer named the Christmas Carol(e) that was just released. I was able to sample it along with Sean from The BeerMongers. 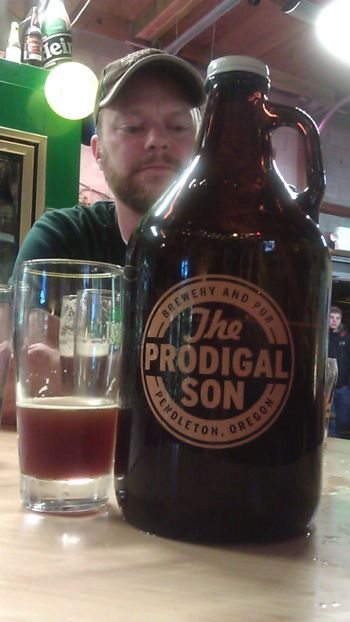 Upon first taste, the beer had a nice subdued spicy character. When asked if spices were added, the response was “no, the beer has a hardy addition of Noble hops.” This added a great zing to a beer that had a strong malt backbone to balance it out. Weighting in at 9.5% ABV, this brew goes down very smooth too. Shawn and I both really enjoyed this beer.

For anyone interested in giving the Christmas Carol(e) a try for themselves it will be available at the Horse Brass. As for where to find other beers that Prodigal Son brought to town look for a Beer Named Sue at Saraveza, the Ella IPA at Bailey’s Taproom, and the Velocirapture – Rye Ale at The BeerMongers. A few kegs at the time of meeting with Tim and Matthew were still unclaimed but may turn up at The Hawthorne Hophouse and Roscoe’s.

Read our initial interview with the guys from Prodigal Son here.