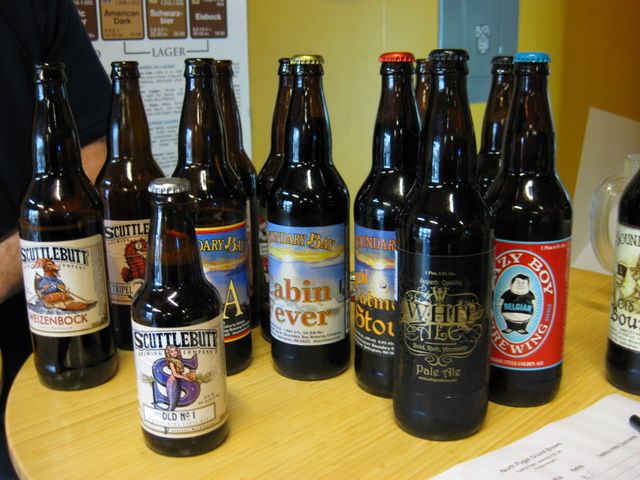 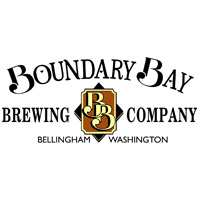 Once again we’re back with another installment of our Puget Sound Beer Adventures.  This is one post I’ve been looking forward to for numerous reasons.  After our last stop Chuckanut Brewery, we headed just down the road to Bellingham’s original  brewery.  The Boundary Bay Brewery and Bistro is one of my all-time Pacific Northwest favorite spots to have good food and beer.  I know a lot of you beer lovers have heard of, tried, and thoroughly enjoyed the beers brewed up in this fine brewing establishment in the town affectionately known as “the city of subdued excitement.”  The restaurant, brewery, and taproom, all wrapped up in one, is located in downtown Bellingham on Railroad Avenue, right across from the Depot Market, where lies the weekly farmers market and April Brews Day beer festival (of which Boundary Bay is a sponsor).  Besides being able to grab a fresh pint at the brewpub you can also find 22-ounce bottles of their brews through Washington and even occasionally on draft here in Portland, but it’s never the same as being there. 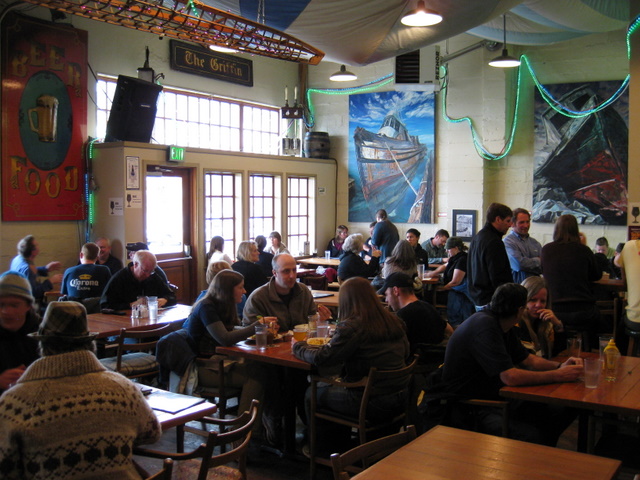 Having lived in Bellingham for a little over six years, I of course have spent many a day and night enjoying just about everything that came out of the Boundary Bay tanks.  There’s no doubt that the time spent there helped foster my love of craft brews.  It’s not very often we get up to Bellingham anymore, but when we do, Boundary Bay is a must stop, if not the destination.  This trip was a real treat as we were able to enjoy numerous brews with friends while also getting to meet  with the brewer and owner, among others. 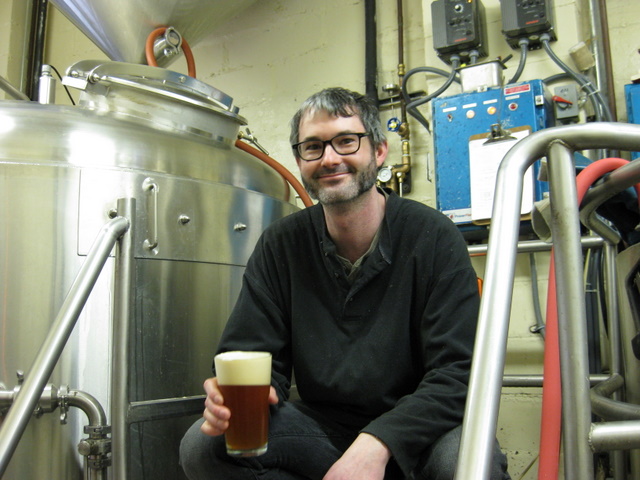 We grabbed a beer and a table and immediately head brewer Aaron Jacob Smith was in our presence with a big grin, ready to show us around.  Needless to say our friends who live in Bellingham are frequenters of Boundary and are acquaintances of Aaron and owner Ed Bennett.  Ed opened up Boundary in 1995 and has been “Saving the Ales” for over 15 years now. 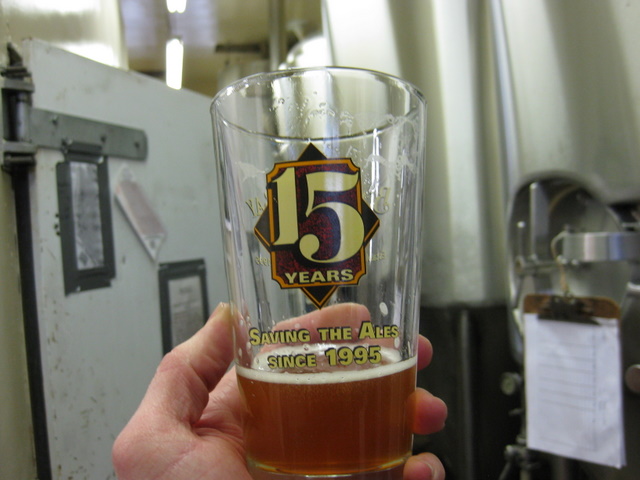 Boundary Bay has become iconic when you think of beer in Bellingham.  The first time I set foot in Boundary Bay (1997,) I felt really at home.. It has a very comfortable setting with rustic wood floors and tables  and  the glass wall allowing you to see where the brewing magic is happening. 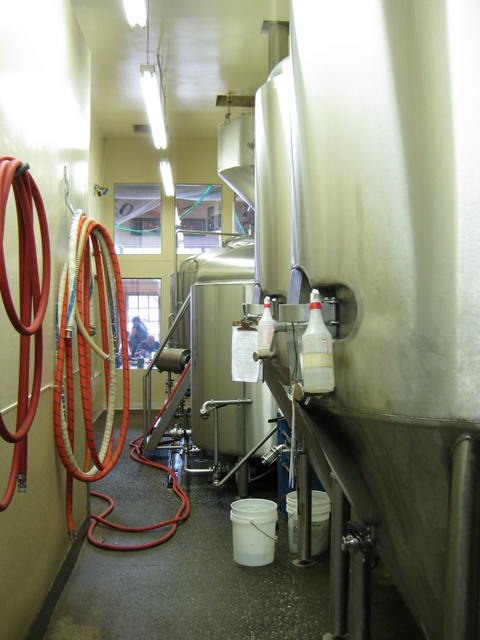 Besides the great atmosphere, local Pacific Northwest fare dominates the menu and everything is fresh and delicious, and of course designed to pair well with at least one, if not many of their beers.

Aaron and I headed to the brewery, passing the kitchen which by the way can rival the brewing half of the pub.  While in the back brewery area Aaron shared with me a little about himself.  An avid home brewer he began working at Boundary in 1998 and started helping out with stuff like keg washing. 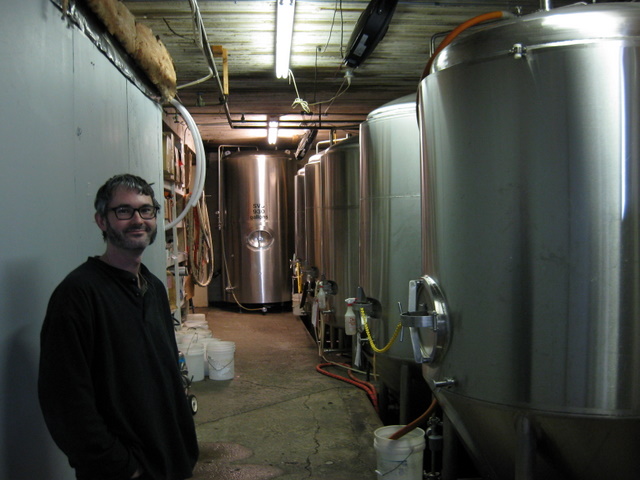 After learning the ins and outs of commercial brewing, five years later he became head brewer.  He’s continued on the original recipes with some refining and improving on them, while at the same time creating some new brews of his own, like the Belgian Pale we were tasting.  It really didn’t fall into a traditional Belgian style, but, as described by Aaron, more of just a strong ale utilizing a Belgian yeast strain.  This is a notable example of the brewing philosophy at Boundary Bay; that is not to really take concern with strict style guidelines, rather to brew in accordance with consumer request.  Seems to work pretty well since they have a strong following appearing appreciative of every beer that comes out the taps.

After checking out the goings-on of the current brewing batch, that I believe was going to be a Cascadian Dark Ale, I was lead back out to the pub for a few of more brew samplings.  The beer I was most looking forward to after arriving was their Cask Conditioned Imperial IPA, and it didn’t disappoint. 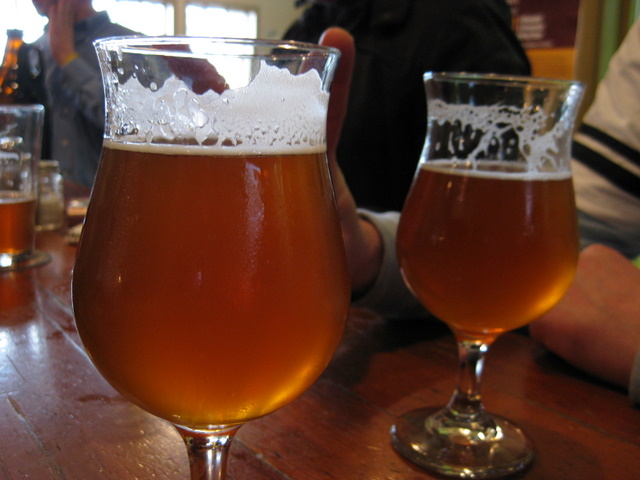 Served in a 12-ounce tulip glass, it was spot on -very hoppy of course and dangerously smooth, with just enough malt to balance it out.  After sipping on the Imperial IPA and discussing the brews we all tasted, we also enjoyed some great food.  We thanked Aaron and Ed for being such great hosts as they sent us on our way with some fresh beer to go as we were already looking forward to our next visit. 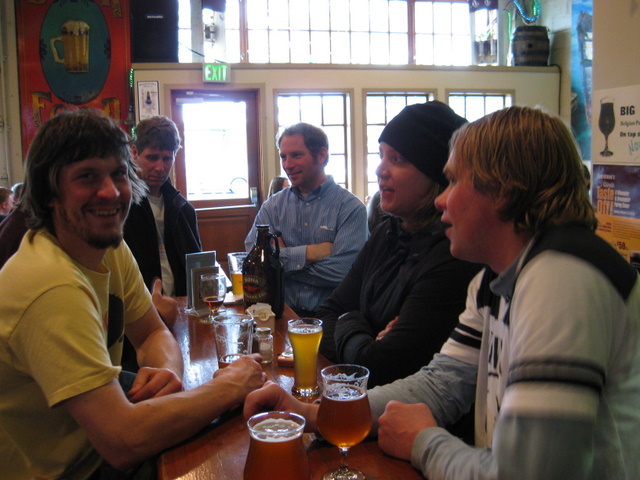