Portland, OR – The Commons Brewery will be releasing the third beer from the Beetje Series on Thursday, February, 21st at 5:00pm at the brewery. 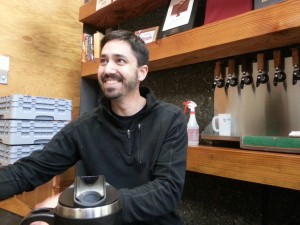 While just 150 bottles were released in 2012, production was increased this year to yield 50 cases. This year’s vintage has an enhanced chocolate note provided by the nibs selected during a tasting at Woodblock Chocolate.

Brotherly Love will be available in 750ml capped bottles for $15 per bottle and $160 a case. On the release day we will have both the 2012 and 2013 versions on tap, as well as chocolate from Woodblock using the same Ecuadorian cacao as the beer.

The Beetje Series is a celebration of The Commons Brewery’s nano roots. First brewed in 2010 on a one-barrel system in Mike Wright’s backyard garage, these small batch beers pay homage to the rustic brewery that continues to inspire us.