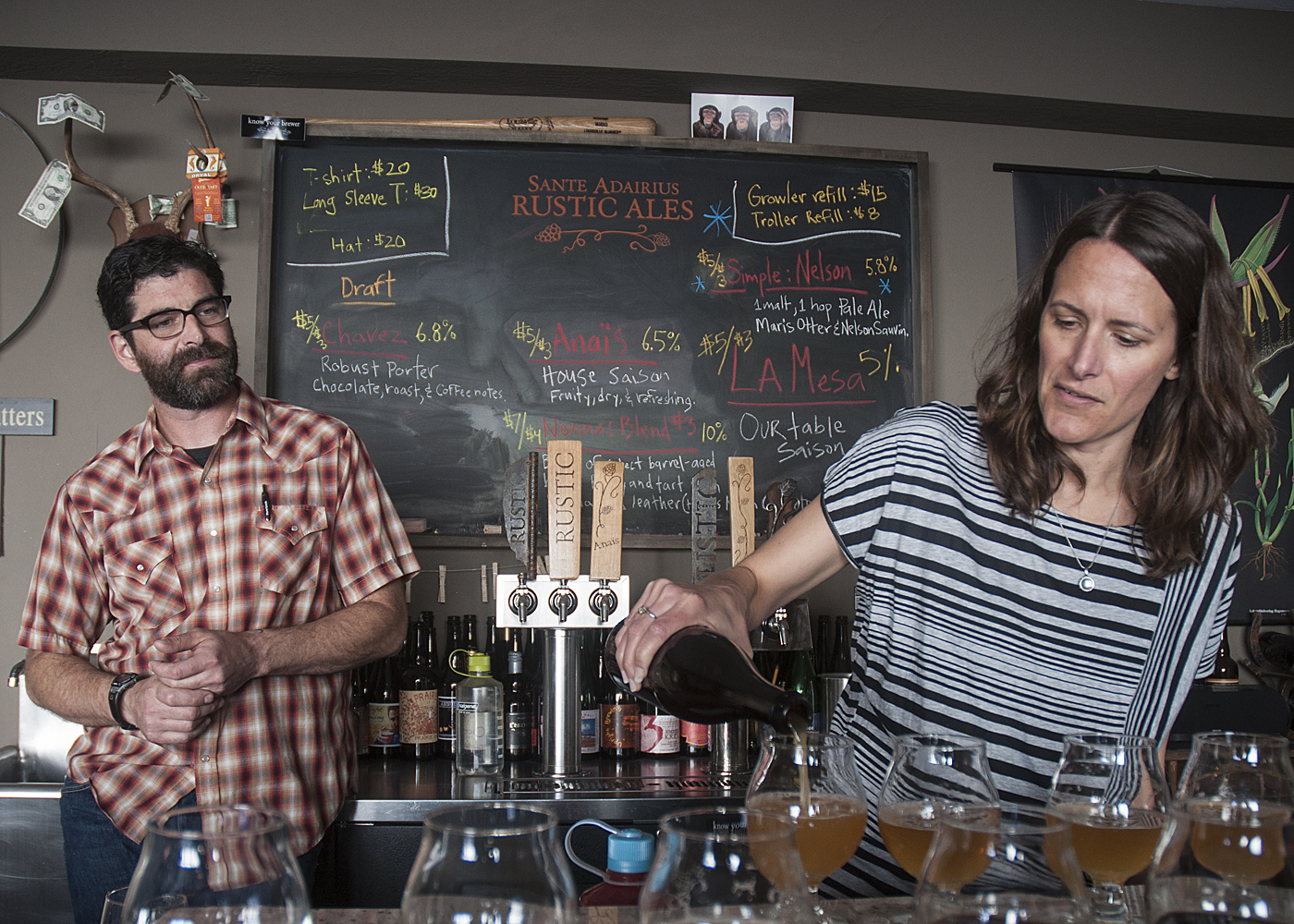 The taproom is comfortable with plenty of room to sit and enjoy a glass of beer, whether you’re sitting at the beautiful wood coffee table, crowded around an upturned wine barrel or standing at the stone top bar talking to the owners about one of six beers on tap. The beer geek will be drawn to the empty bottles of beer, from Drie Fonteinen to Heady Topper, adorning the back of the bar and wall or the large anatomical poster of a rye plant.

Through a door next to the bar is where the 7-barrel brewery and 30+ aging barrels are housed. The brew house is a mashup of food processing equipment, from the hemispherical steam-jacketed boil kettle to the dairy equipment trough turned mashtun, it’s nothing like the shiny new stainless steel systems most people are used to seeing. A homebrewer could walk in and easily recognize how to brew on the system. The lack of modern brewing equipment doesn’t hold Tim back though. Sante Adairius produced around 350 barrels in the first year and should easily be able to double that, possibly even hitting the 1000 barrel mark in the coming year. Tim and Adair agree on their growth curve though with Tim saying “We don’t really wanna grow…” The goal isn’t big money, it’s a sustainable job. “We just want to see a paycheck.” says Adair. 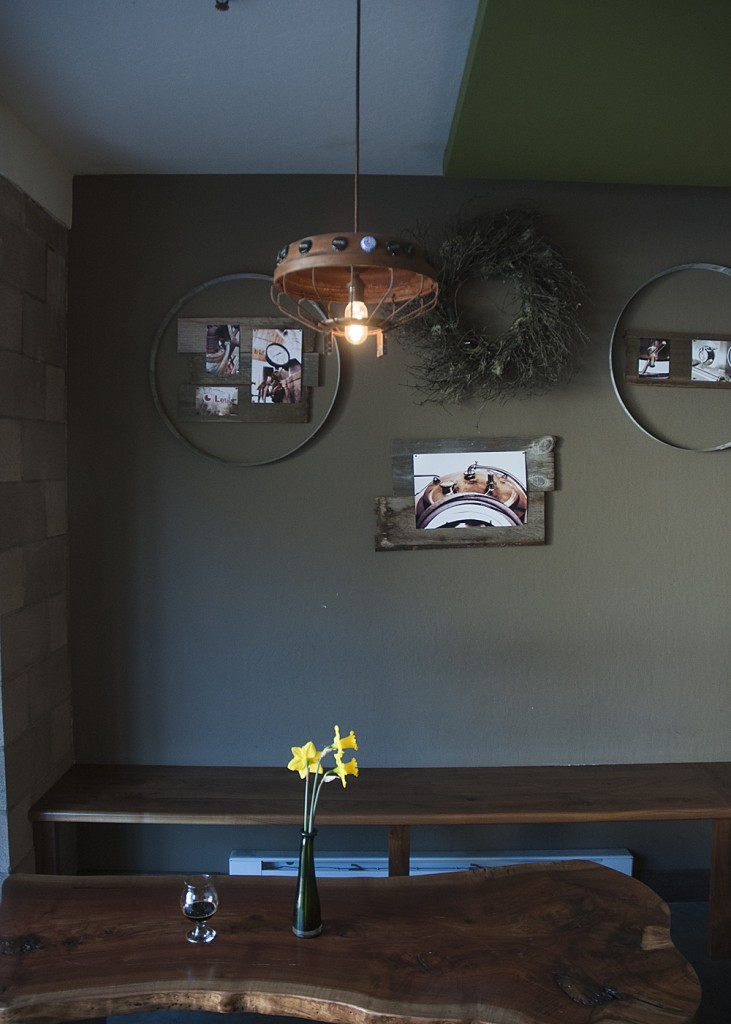 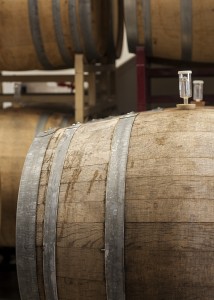 The Sante Adairius model seems to be a more local one, producing beer for the community, not for the world. The beer world is currently in the midst of another explosion of breweries, similar to what happened in the 90’s. In the first craft beer bubble many brewpubs and breweries opened which focused on only a few English styles of beer and making money, some of that is still evident today. “People are still doing that model. It didn’t work the first time, it’s not gonna work the second time. If you’re here to make money you’re screwed. Stone is already here, Lagunitas is already here. If you’re thinking big money like that you’re just screwed.” said Tim when speaking of the current bubble. Who knows when the second bubble will burst, but this time around we may see more local breweries, which have a face in the community and produce great beer, survive. 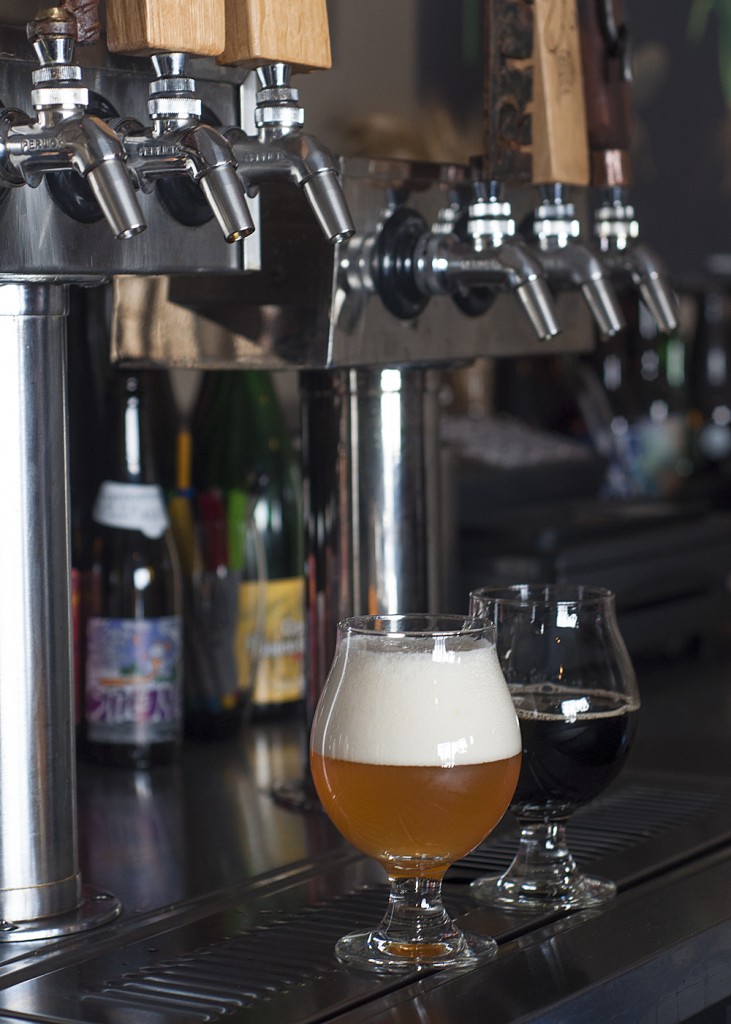 Currently the taproom is the only place to buy a bottle or grab a glass of their beer. In the beginning they had some draft accounts, but soon their taproom became so crowded they had trouble keeping the beer flowing. “It turns out you need to have a surplus to sell to other people.” says Tim. It also doesn’t make much business since as the draft accounts pay wholesale for a keg whereas the taproom can keep that money and put it back towards the business. It’s not all about business though says Tim “I’m not competing with other taps, my beers not going to get stale and sit in the lines, but the most important thing is I can talk to you directly.” As they can grow their capacity, which essentially entails getting more fermenting space they plan to start releasing to draft accounts around Santa Cruz. 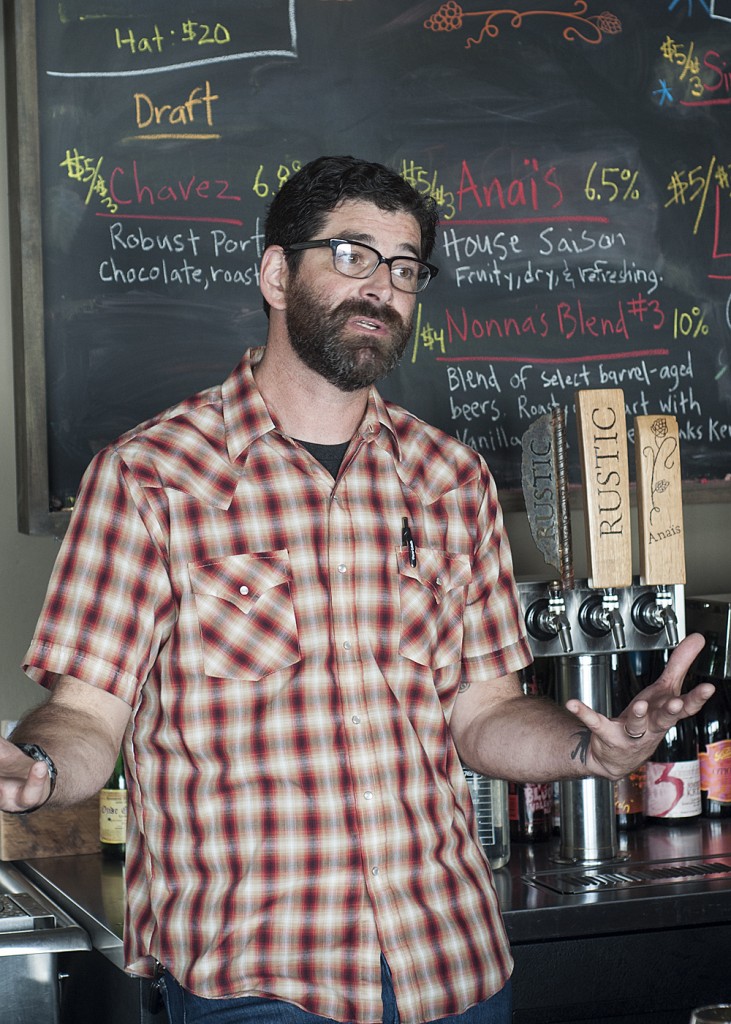 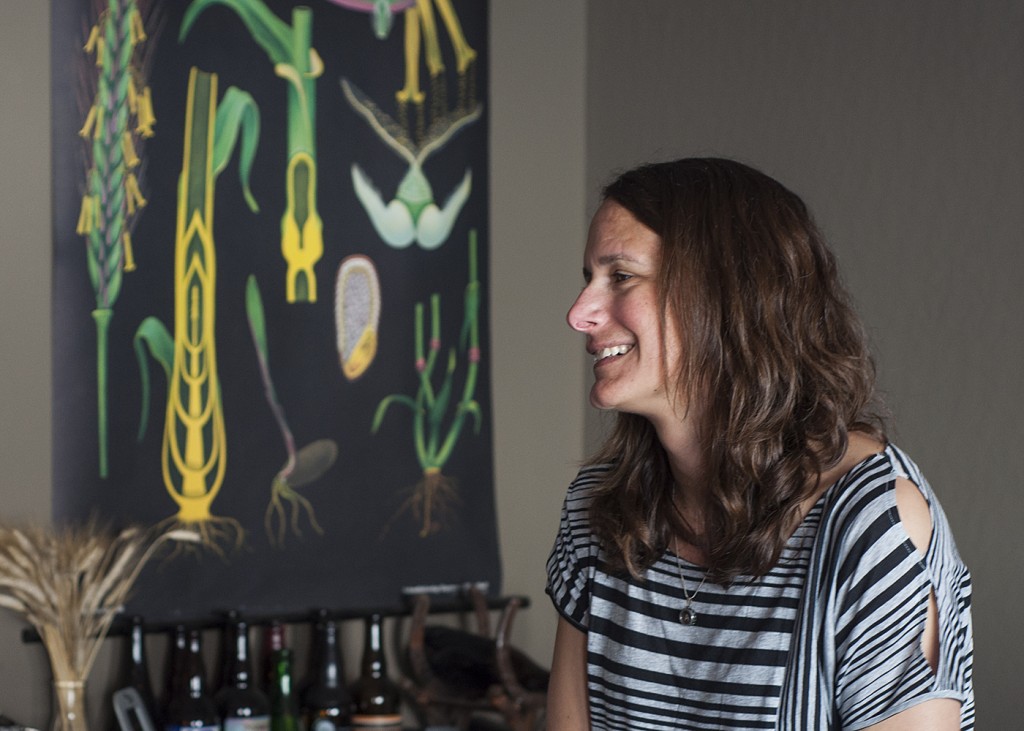 The beers offered by Sante Adairius are a culmination of over a decade of home brewing experience and many bottles of good craft beer shared with friends. Some of the beers are rooted in homebrew recipes tweaked over many iterations and others grew from inspiring conversations around a bottle of commercial beer. Tim has many years of experience in the homebrew industry, working with ingredients and helping customers develop homebrew recipes, allowing him to build a base recipe by instinct. Working with alternative yeast, such as Brettanomyces, and bacteria is not so straight forward though. While homebrewing in the past he would split a 10 gallon batch of a given recipe and ferment half clean, using only a Saccharomyces strain, and the other half with “bugs” (such as Brett, Lactobacillus and Pediococcus). If a batch was bad it was dumped, if good it was consumed. After several years it came time to move from their place in Oakland. While packing Adair found something unexpected. “We had an attic and I thought we had tables stored up there and stuff, but there was a sea of carboys! And they were all sour.” she exclaims. 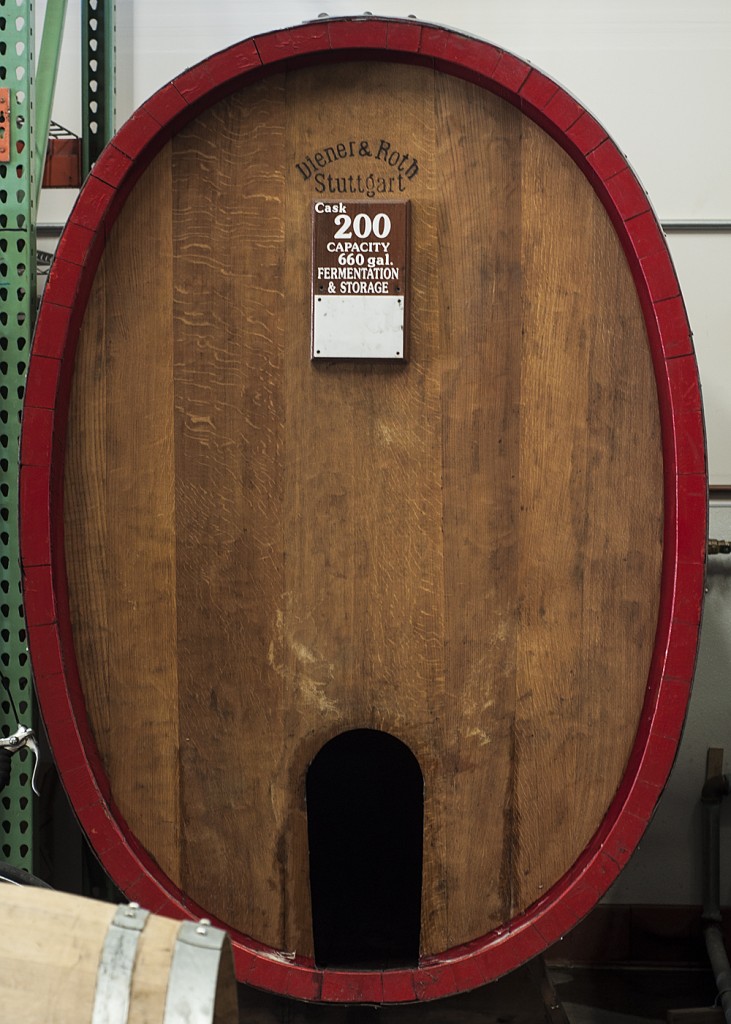 Production is much the same now at Sante Adairius with Tim using a single base recipe to produce several beers. The clean beers are fermented with one of two yeast strains (A clean American style or an aromatic Belgian style) supplied by GigaYeast out of Belmont, California. From there the beer goes into kegs for consumption or used wine barrels sourced from local wineries for aging. There is also a 660-gallon foeder, essentially a giant oak barrel, which they are in the process of restoring to working order. Inspiration for purchasing the foeder came after visiting Chad Yakobson’s brewery, Crooked Stave. “While out at GABF (Great American Beer Festival) we visited Crooked Stave literally every day and he has these foeders that are so beautiful. When we came back we were like ‘We have to have some of those’” says Adair. Tim and Adair both see their production eventually moving toward installing more foeders rather than wine barrels. Once the beer is in the barrels it is soured via the organisms already present in the barrel from previous batches or inoculated with bug strains collected throughout the years from various sources. Then the beer sits. And sits. And sits. Tim checks on the barrels frequently, testing for the perfect balance of flavor and aroma. When he is satisfied it goes into kegs and/or bottles. 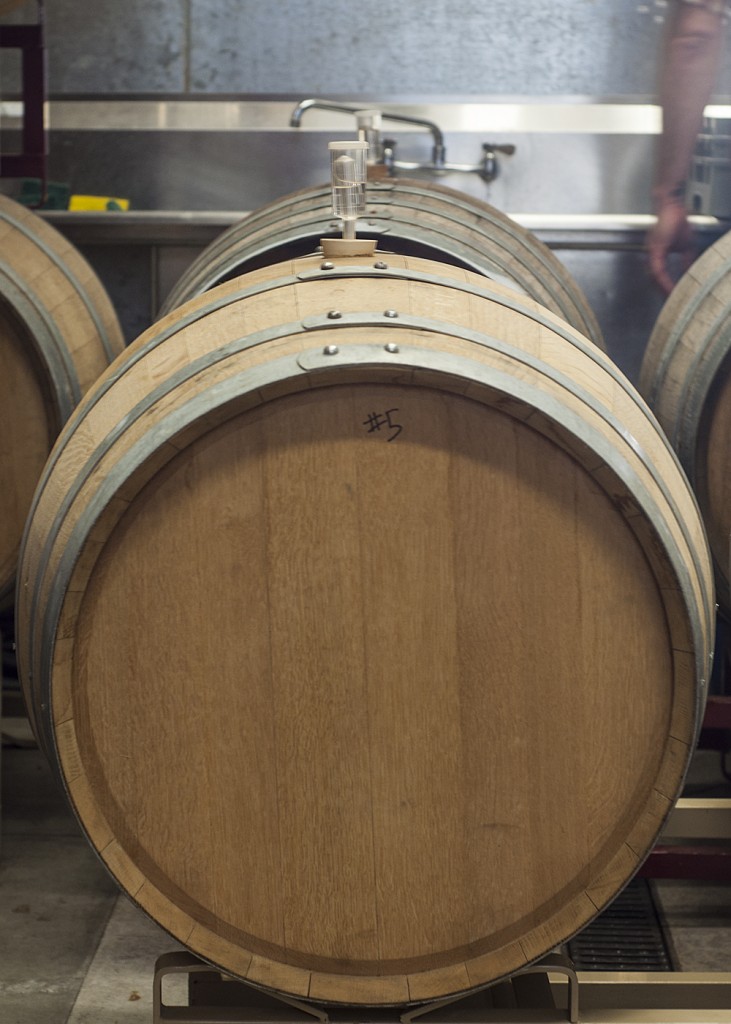 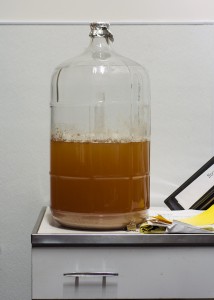 Tim has one belief that isn’t common in the current craft beer scene: Bottles shouldn’t be cellared, they should be consumed while the character is peaking. He stressed the point that when he packages the beer he believes it’s at the optimal point for consumption. He wants it consumed fresh, with friends, and thoroughly enjoyed. With their limited production it’s unlikely that their bottles won’t be cellared and traded though, especially some of more limited runs such as West Ashley, a Saison barrel-aged with apricots. They currently package in the 750mL format, but are looking at 500mL bottles for higher alcohol offerings. The package size plays into both Tim and Adairs passion for sharing good beer. “We think a beer should be a sharing size. So they [friends] can sit down and talk about it.” says Adair. Finally the bottled beers are another testament to Tim’s homebrewing mentality. “We want to build labels that come off easy so that homebrewers can easily reuse the bottles. So when you buy my beer you get a yeast starter, which is worth $7, and you get a kickass bottle you can reuse. I’m not trying to wipe out the competition and be the only person making beer. I want everyone making beer.” says Tim. This type of thinking really embodies what Sante Adairius is about: Making good beer and sharing it with good people. 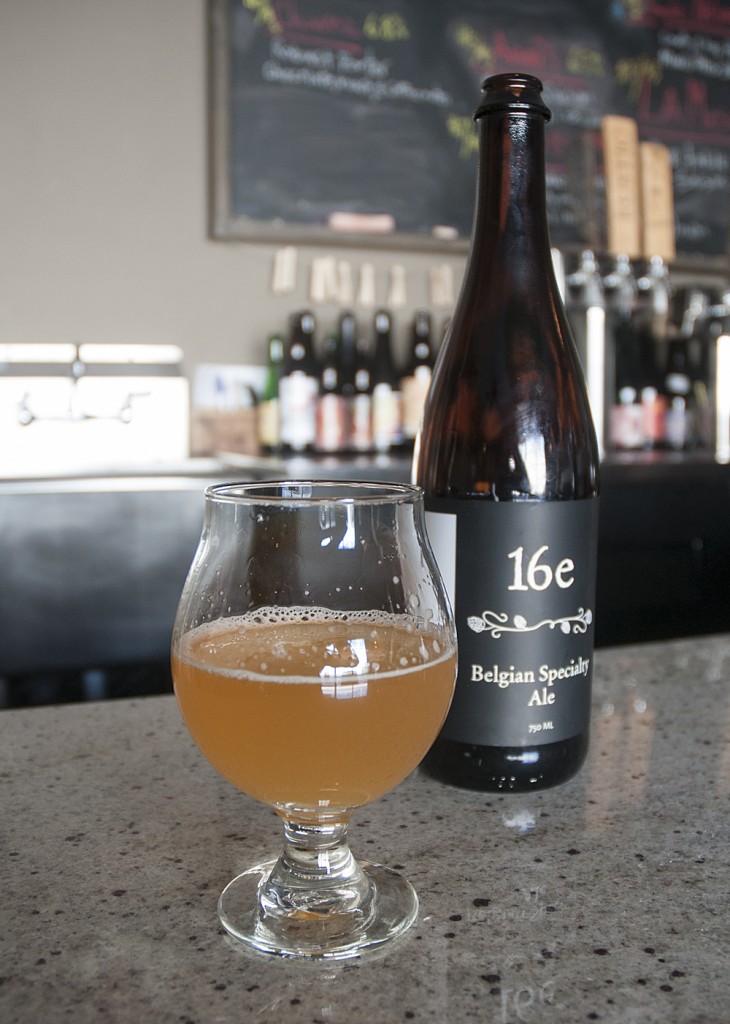 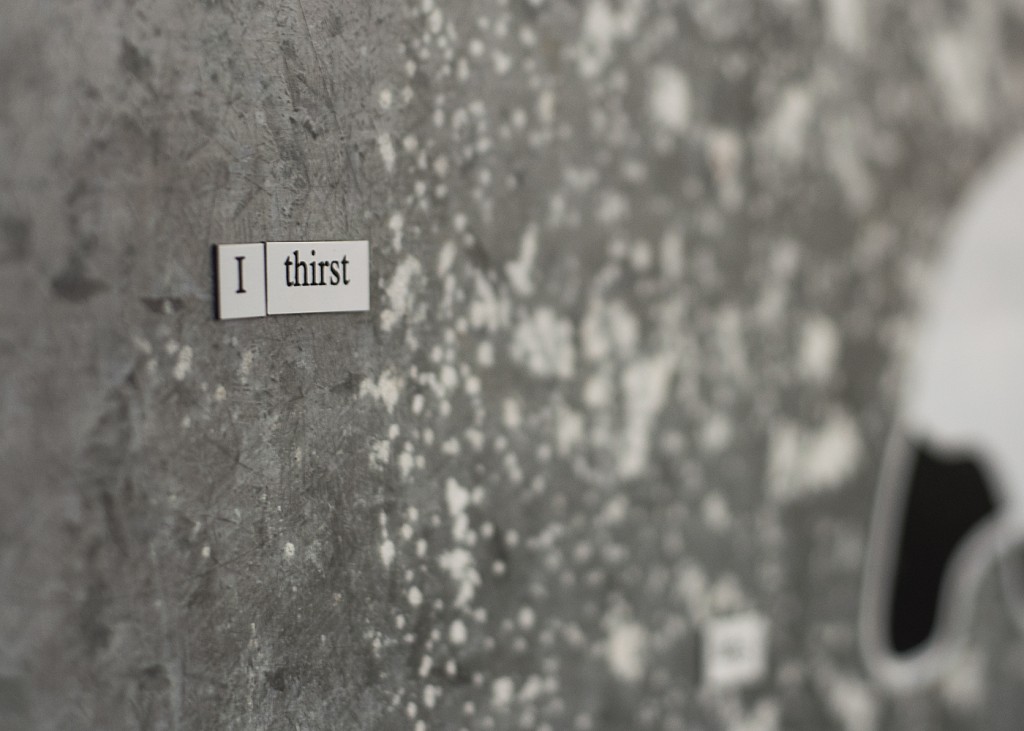 Breweries are made up of some of the most kind, enthusiastic and genuine people you will ever find. Tim and Adair are no exception. If you’re in Santa Cruz visiting Sante Adairius it should be at the top of your list of things to do. If you’re lucky you will share a great conversation with Tim or Adair over a glass of fine beer. If you’re unlucky, and they are gone for the day, you’ll still enjoy some of the best beer in the bay area!

Sante Adairius beer is difficult to find outside of the brewery, but they will be pouring at the Anchorage Culmination Festival on April 20th. The event will feature some of the best breweries around the world from Westvleteren and Cantillon to Hill Farmstead and The Commons.

The Sante Adairius brewery taproom is located at 103 Kennedy Drive in Capitola, CA. Hours are Thursday and Friday 4-8, Saturday and Sunday 1-7.