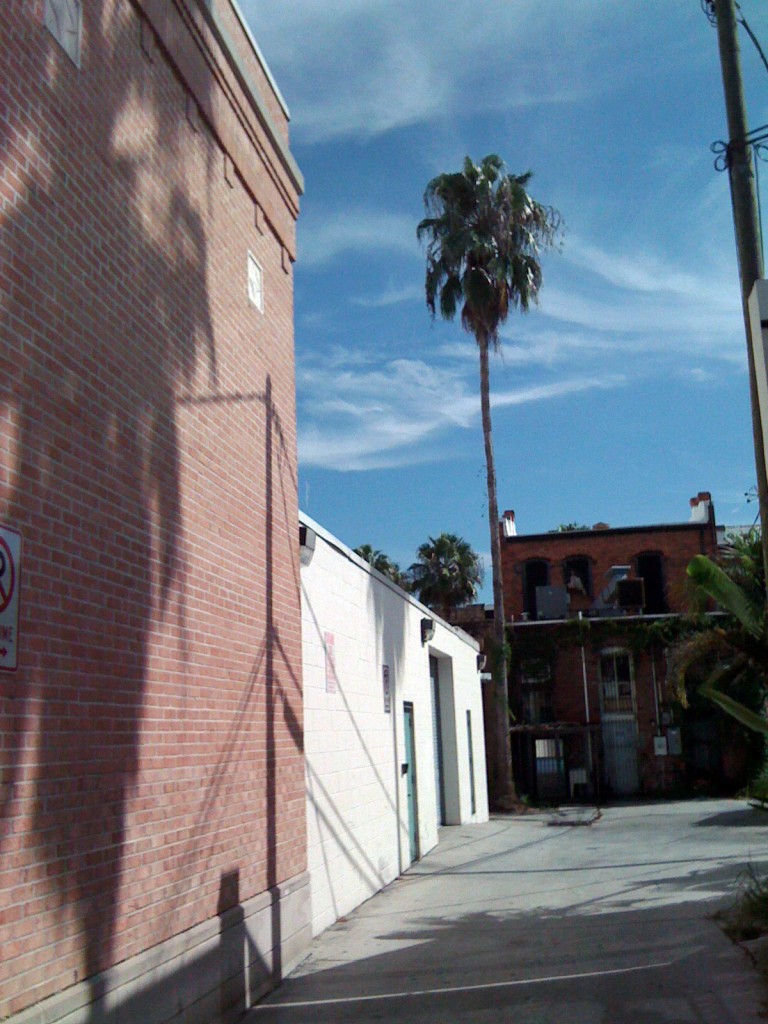 With a well saturated beer industry in Oregon, some beer drinkers may scoff at the idea of seeking out good craft beer in The Sunshine State. A recent trip to Florida proved that one doesn’t need to venture far for quality brew while soaking in the sun. Now, as much as I really wanted to go nuts for beer consumption, this was a family trip and I was presented with two different opportunities to imbibe some of the local flavors.

The highlight for sure was Cigar City Brewing. Just outside Tampa’s city center, what was intended to be quick in and out round turned out to be a near three hour marathon in our bar stools. My fiancee and I plunked down, chatted with the barkeep, Travis (who was very hip to the Portland beer scene), chatted with a business traveler from Iowa (who filled us in with all the Midwest happenings), we even talked with some local BA/Ratebeer-ians. 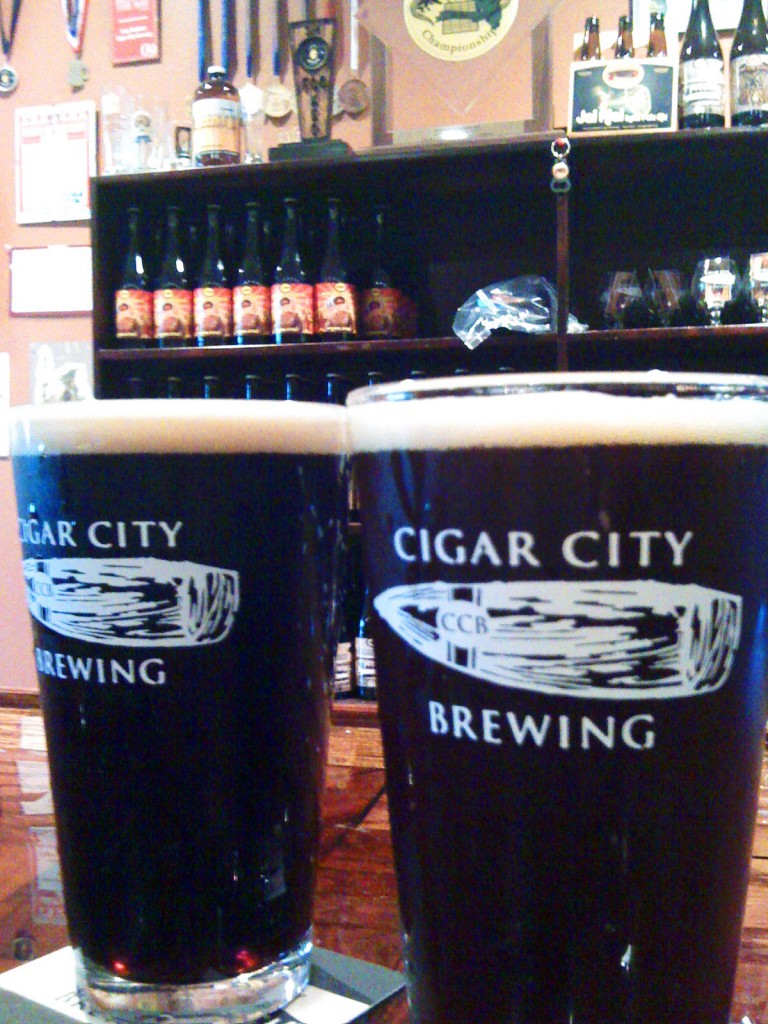 I’ve had a handful of Cigar City bottle offerings at BeerAdvocate tastings, and coincidentally just traded for a few bottles with a great guy from Orlando. Their beer is awesome to say the least. Even the simple Brown Ales, or the robust Porters (which are such common styles) were very noteworthy. This 15 barrel brew house cranks out top notch beers using as much local ingredients as they can, and are consistently remaining outside the box. Whether it’s a tart Saison with Guava in it, or a Brown Ale that tastes — no kidding — much like an oatmeal raisin cookie. 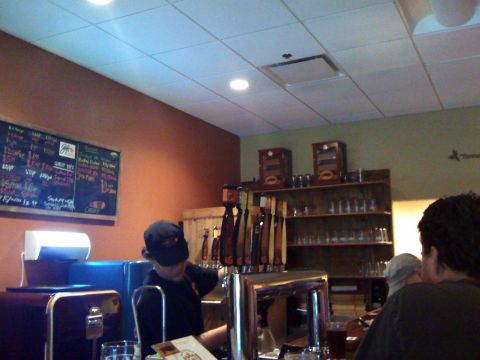 I wont bog everyone down with all the beers that we sampled, but some of the stand outs were two porters and their infamous Marshal Zhukov’s Imperial Stout. The José Martí Porter, was drier and less robust than a typical Porter. Billed as an American interpretation, José Martí certainly had the hop backing to pull it off. Puppy’s Breath Porter, a traditional, more English version had the roasted, dark coca sweetness and coffee that’s much desired in a Porter. The Marshal Zhukov’s Imperial Stout is just world class. Get your hands on this beer! With a few barrel and wood aged versions, I was lucky to sample a Cedar Aged version from their Humidor Series this past winter. It was unique, with a satisfying Cedar quality that was much like the aroma of rich smoke from a piece of incense. The normal version is boozy without being overly hot, and rich with thick chocolate and tobacco, while offering a strong malt backbone. 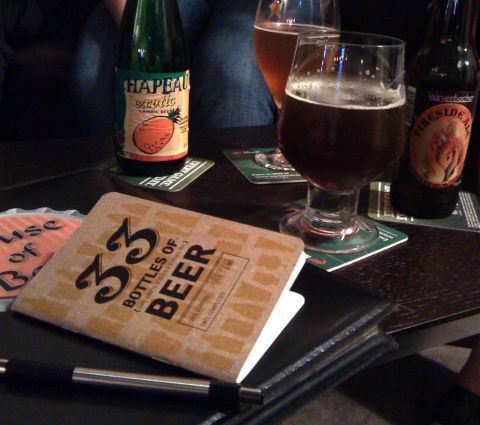 With our stomachs containing more liquids than solids, and a food-less menu at Cigar City, we ventured to nearby Tampa Bay Brewing. I had a couple of recommendations to check this place out, both saying the beer is average quality, but the food is well above average pub fare. Located in the Ybor City section of Tampa, this brewery definitely looks like it appeals to the night crowd. The barkeep was friendly, and a brewer even came out from the back to offer some samples. We got our taste buds on their Old Elephant Foot IPA from cask, One Night Stand Pale, and a Barleywine called Moosekiller. These were all very drinkable, but I often find East Coast Pales and IPAs really can’t stack up to their West Coast counterparts which we’re spoiled with here. Moosekiller had a nice soft palate to accentuate the sweetness of the malts, and a near muted hop presence.

Later on in our trip, we found ourselves in the Orlando area of Florida. My Fiancee’s brother was hosting us and was eager to bring us to the House of Beer. The HoB offered a tap list of 48 handles, and a bottle list with over 200 varieties. One brewery I’m fond of that doesn’t make it to Oregon is Athens, GA’s Terrapin Brewery. I was sure to order a pint of their Hopsecutioner India Pale Ale. A true hophead’s wet dream featuring Warrior, Chinook, Centennial, Simcoe, and Amarillo hops, and was dry hopped with Cascade. Hopsecutioner was full bodied with hops playing like grapefruit/citrus and a honey sweet malt profile. And in great IPA fashion, the hops snuck back up towards the finish offering an herbal, earthy quality.

[SIDE NOTE: Lookout for the just released De Proef/Terrapin collaboration, Monstre Rouge, available in Portland. We can thank SBS Imports for bringing that to the Northwest] 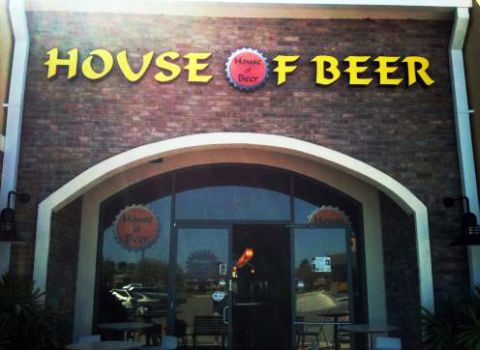 Another big favorite of mine that lacks Oregon distribution is Easton, PA’s Weyerbacher Brewing Company. The House of Beer offered a smoked ale by Weyerbacher called Fireside Ale. Poured from the bottle, this was a great sipper. The aroma contained most of the smoked and burnt tones while the initial flavor contained lots of malted grains, with hints of toffee, tobacco, and even peat.

I ended the trip with a great joke beer brewed by Matt’s Brewing Company out of Utica, NY. Mississippi Mud probably dupes most buyers in thinking they’re getting a Southern product (until they read the fine print on the back). I grabbed a jug off the shelf of a local grocer, it’s an easy drinking, nutty beer that’s perfect for unadventurous types. 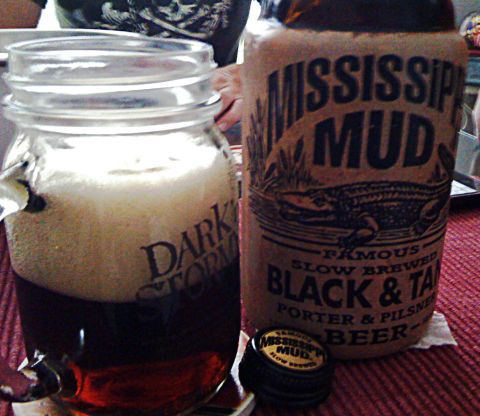 I have to say that I was very impressed with the beer offerings from Florida. Given the opportunity, I would gladly spend more time soaking it all up. 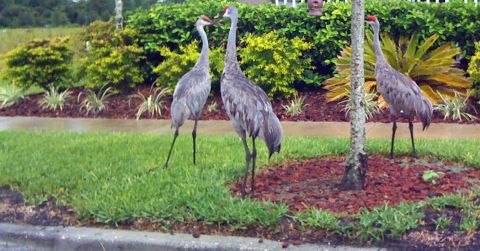