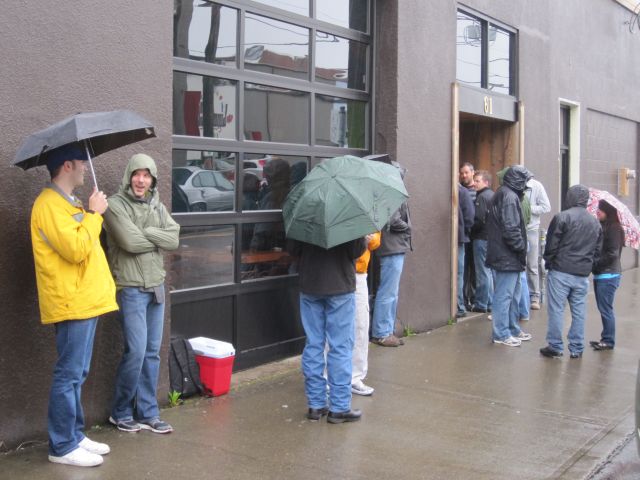 Like many of you, I cherish my Saturdays. No alarm waking you up, no job to go to, and you can have a whole day to sit on the couch if you want. But this Saturday, I awoke with a 7 a.m. alarm  to head down to Hair of the Dog Brewing Company to get some of the newest version of Cherry Adam from the Wood. Some friends and I stood out in the rain for about an hour, and we weren’t the first in line. Not exactly what I had in mind for a Saturday morning, but with friends and the thought of getting a great beer that hasn’t been released in about a year and a half, it was worth it. 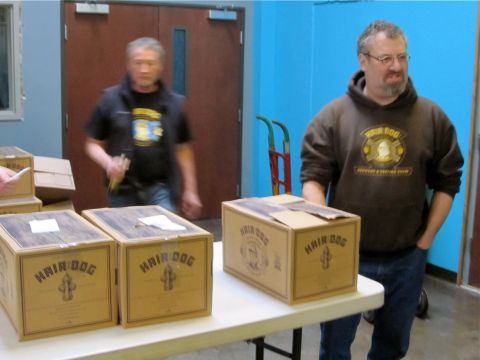 Cherry Adam from the Wood consists of Hair of the Dog’s Adam aged on top of local black cherries in bourbon barrels for 20 months. it is then bottled with very little carbonation. It is almost port wine like — thick and chewy. But even at 13.5% alcohol by volume, it goes down way too easy. This would be a great beer to have with a Dark Chocolate drizzled cherry cheesecake or just sitting in the house watching the last of the bad weather go by. 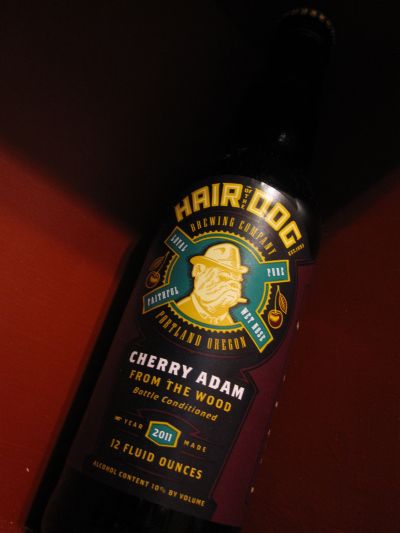 I must admit, I enjoy the camaraderie surrounding die-hard beer excursions. You see a lot of the same people…those friendly, eager, yet sleepy faces that light up at the mere mention of whatever it is they are in line for. Not too long ago, I got up even earlier to get Vlad the Imp Aler and Bourbonic Plague at Cascade Barrel House. Although it wasn’t raining, it was colder and several of us sat at the picnic tables waiting for the doors to open. Those of us shivering away had anticipated more of our fellow geeks, but we shared some good stories, good laughs, and eventually scored our beers. And isn’t that what it’s all about? 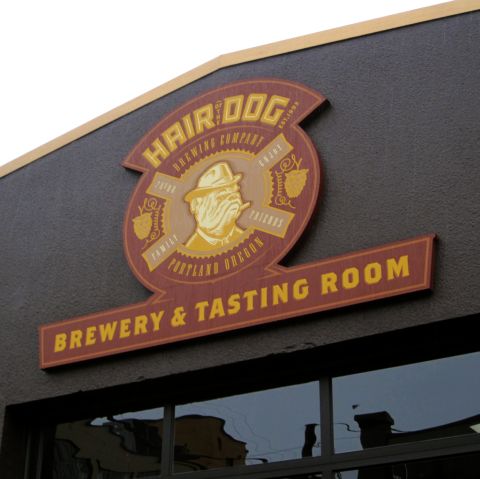 It’s hard to say what length I would go for a particularly coveted beer. But I do know that the whole package — the craft beer, the friends I have made, and the scope of my education — had been well worth any Saturday sleep-ins.