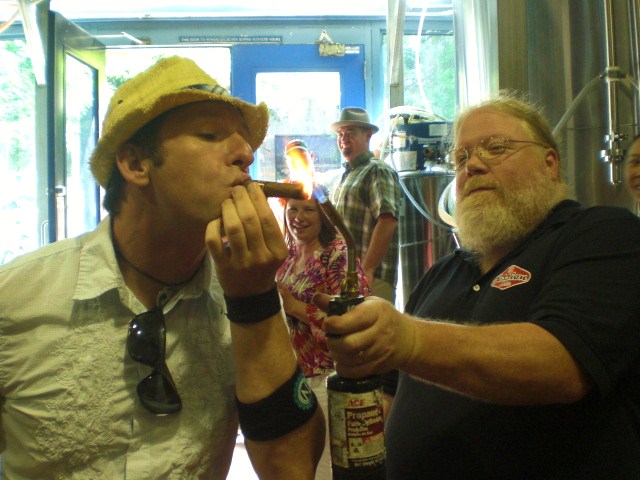 Well, one of the biggest beer weekends in Beervana has come and gone and we somehow managed to survive. In fact, this year’s Oregon Brewers Festival (OBF) – four days of craft beer-fueled fun (not to mention the largest all-craft beer festival in the country) – broke its own record for attendance this year, according to a Twitter post from festival organizer Chris Crabb. Crabb and company invest a lot of time and care not only into OBF featuring more and more great beers each year, but in assuring continual growth is still able to comfortably accommodate droves of humans at Tom McCall Waterfront Park. In fact, the organizers are already prepping for next summer’s fest, scheduled to take place July 28-31, 2011 (OBF is always the last full weekend of July). Check out some of our photos from OBF here. 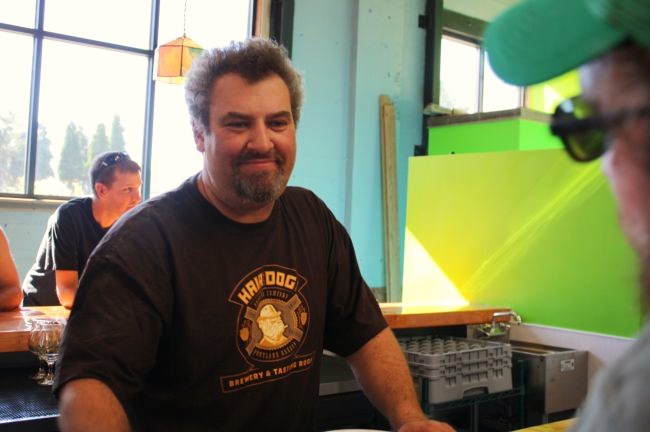 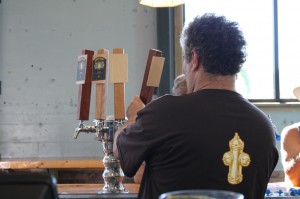 This past Friday, we enjoyed a special open house at the new Hair of the Dog (HOTD) digs located at SE Yamhill at Water Street. This was our second glimpse at brewer-owner Alan Sprints’ spacious new brewery since attending Fred Fest this spring. As he’s generously done each year on the Friday of OBF, Sprints and his staff offered samples of HOTD beers including the no hops gourd brew Greg, Blue Dot Imperial IPA, Fred, Adam, Doggie Claws Barleywine, and a special Cherry Adam in addition to a lovely spread of snacks. It was great to see the work that the brewery has put forth including the installation of many brewhouse components and an attractive bar in the front space. We look forward to enjoying more beers here in the near future. 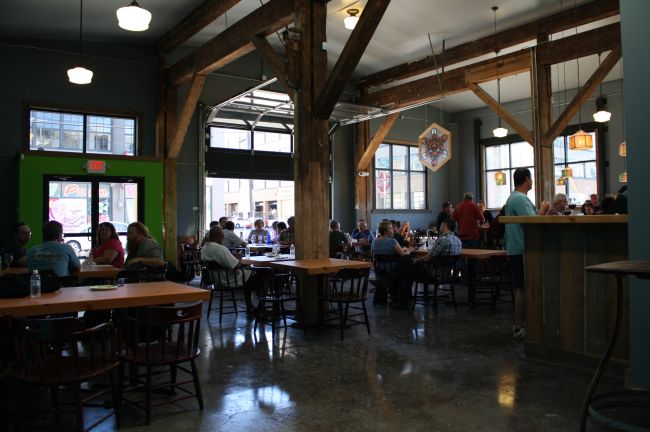 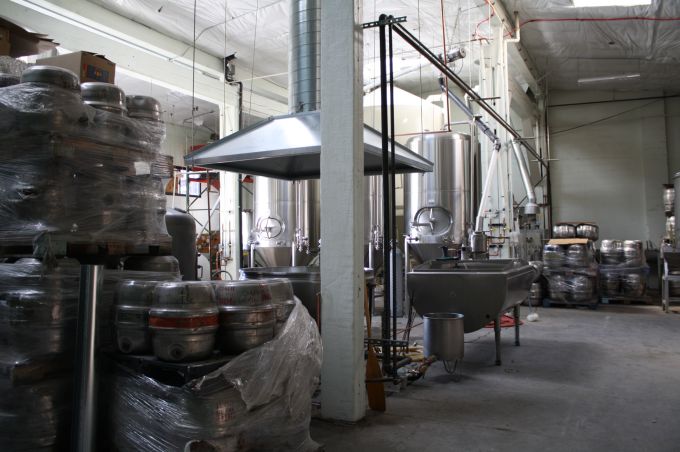 Later in the day on Friday, which was a very warm day, we ventured over to Belmont Station‘s Biercafe for a special event featuring the music of Lagunitas Brewing founder Tony Magee. While folks enjoyed the air conditioned pub space, special Lagunitas brews like Lil Sumpin’ Sumpin’, a wheaten summer IPA, and a delicious Fusion II, described by Magee as a “strong mild ale.” Essentially, it was a 4.5% mild brown ale with a gratuitous helping of West Coast hops. 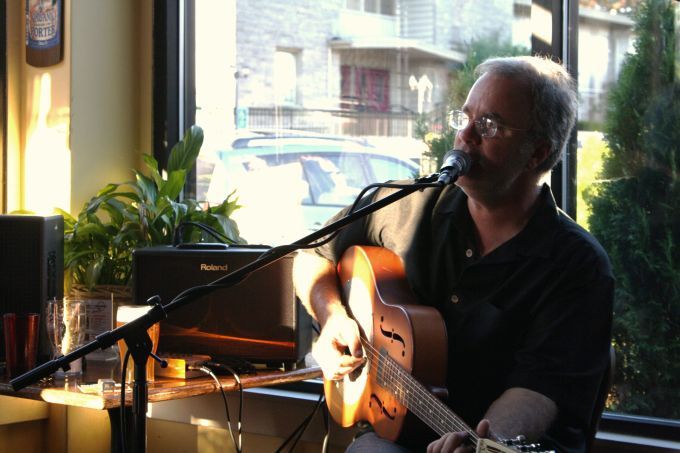 Also pouring at Belmont Station was a number of specialty brews from Green Flash Brewing of Vista, California. Green Flash brewer Ryan Pearson was in house to greet folks and discuss the featured beers of the night: an Imperial IPA, Barleywine, and two new to Portland brews, a Summer Saison and a Citra Session Pale Ale. The latter was another low ABV beer with a big dose of pungently dank hops. 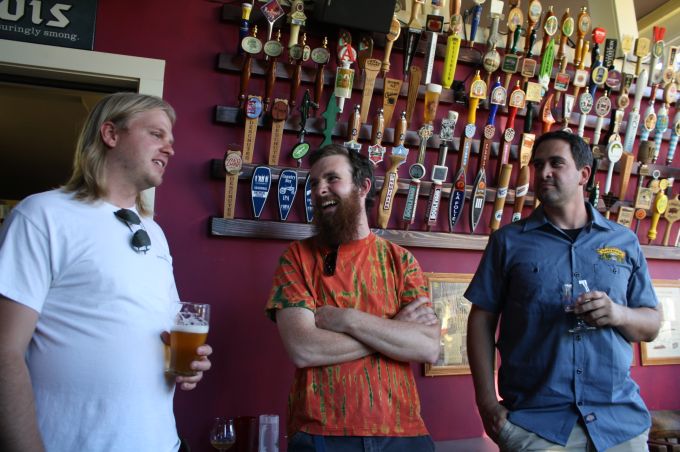 To make the time at Belmont Station even cooler, 21st Amendment co-founder Nico Freccia was on hand while samples of the San Francisco brewery’s Hell or High Watermelon Wheat ale (a favorite at the OBF), Live Free of Die IPA, Monk’s Blood Belgian Ale, and the new to cans, Back in Black IPA (a Cascadian Dark Ale). 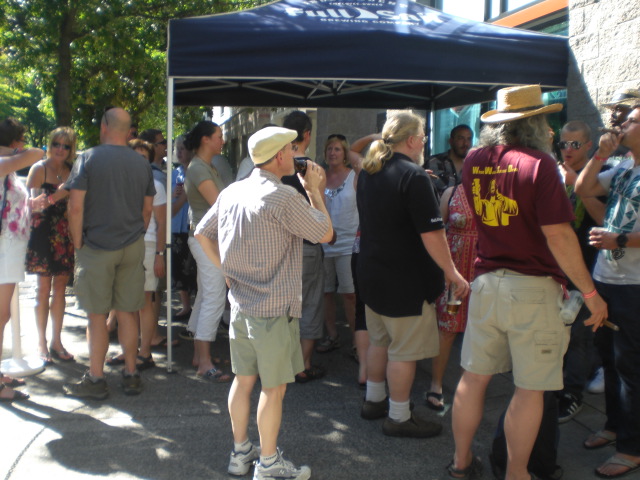 On Saturday, Full Sail‘s Riverplace brewpub at McCormick & Schmick’s held its annual gathering while celebrating the birthday of Brewmaster John Harris. Friends of the brewery, including notable Oregon brewers like Full Sail’s Phil Roche, Ninkasi’s Jamie Floyd, Widmer’s Rob Widmer, Rogue’s Brett Joyce, and Hopworks’ Ben Love, beat the heat with newly released Full Sail brews that included the A Pleine Voile Saison and the Sanctuary Belgian-style Dubbel. Folks were kindly offered seasonal IPAs and the Vesuvius Tripel on tap in addition to buckets filled with ice and two kinds of the brewery’s Session ale in signature stubby bottles. Cigars were passed out and Harris was toasted to a happy birthday song and a big cake. 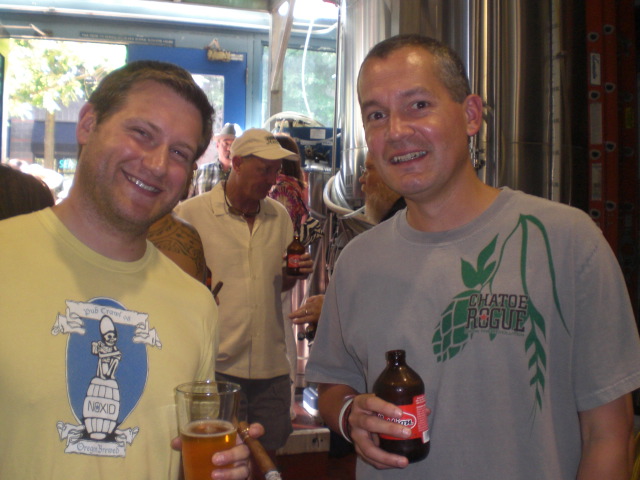 On Saturday evening The BeerMongers and Brewpublic hosted a special meet the brewers event highlighting MacTarnahan’s Brewing. For this night, Mac’s Amber and Summer Grifter IPA poured on tap while bottle samples of the Lipstinger Saison and brand new Ink Blot Baltic Porter were made available for sample in bottles. Brewers Tom Bleigh, Vasilios Gletsos, Eric Wathen, Ryan Pappe, Steve Fraser, and brand manager Mark Carver were in the house for this fun event. Also in attendance were Boneyard Beer brewers Tony Lawrence and Clay Storey. Look for more Boneyard and Mac’s Beer on tap this week at The Mongers. 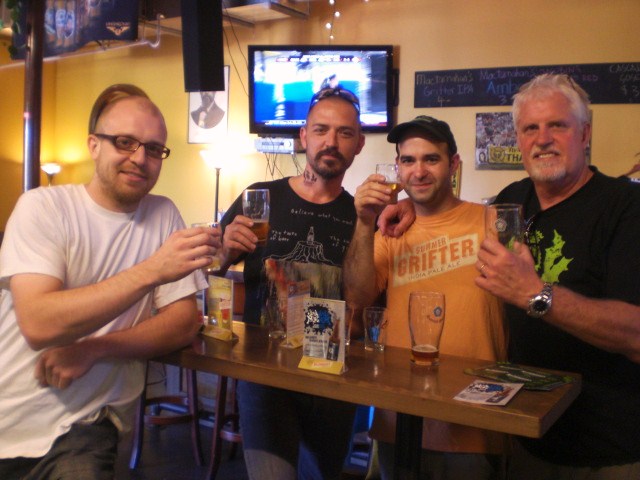 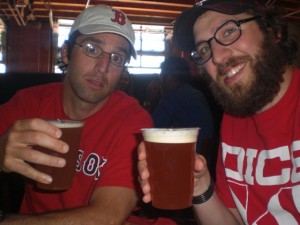 Sunday marked the conclusion of the OBF as we headed north to Seattle to catch a baseball game between the Seattle Mariners and Boston Red Sox. As is usually the case when the Red Sox come to Seattle, more Boston fans are in the stands than are Mariners (the M’s being in last place in their division doesn’t help their cause at this point in the season either). Before hitting the game, we visited Elysian Fields near the ballpark. Here we discovered less Elysian brands gracing the taps as in years past. Many guest taps were made available. In fact more guest taps now than Elysian’s own. It was also disheartening to be served beer at a not packed bar in plastic cups. We feel doesn’t appear to exhibit regard for the environment. Still, being offered were the likes of Elysian’s The Wise ESB, Zephyrus Pilsner, Perseus Porter, Dragonstooth Stout, Men’s Room Original Red, Bifrost Winter Ale, Avatar Jasmine IPA, and our option, Immortal IPA on cask. 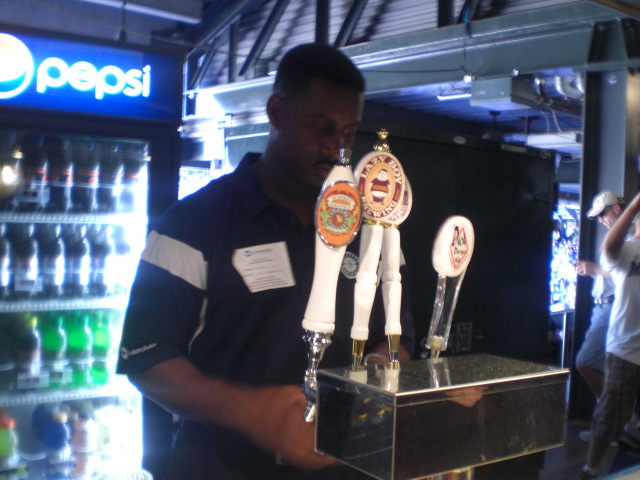 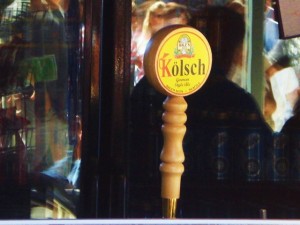 At Safeco Field, we were excited to discover more craft beer on tap than ever before, most of which was regionally produced. Despite a hefty $8.75 price tag for 20 ounces of brew, it made us happy to be able to decide between more than your typical Bud, Bud Light, Coors, Coors Light, etc, that you see at many sporting arenas. Luckily things are changing for the better in America’s beer world, and leave it to the Pacific Northwest to lead the charge. Beers of interest that we noticed included Lazy Boy Pilsner and IPA, 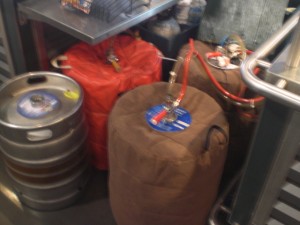 Alaskan Summer and Pale, MacTarnahan’s Amber, Pyramid Haywire Hefeweizen, Sierra Nevada Pale, Hale’s Kolsch, Snoqualmie Grand Slam Amber, Skagit River Skullers IPA, Dick’s Best Bitter, and our pick, Fremont Brewing’s Summer Solstice, a great sessionable pale ale with a big floral hop aroma. A nice thing about Safeco, despite the expected sporting event beer price gouge, is that spectators are permitted to bring their own food into the arena. This helps soften the blow of steep beer prices for those who plan ahead. 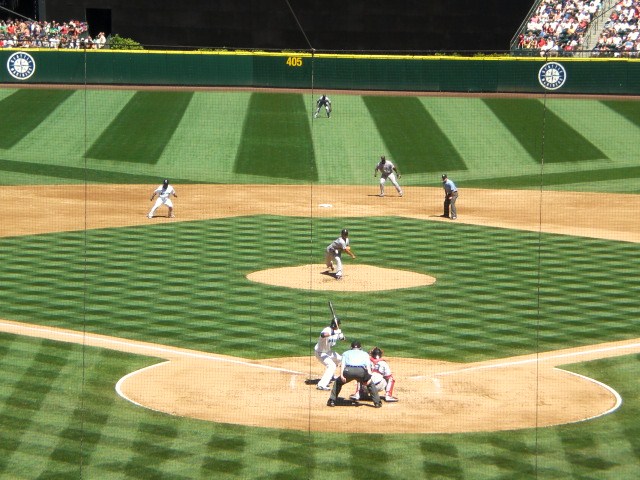 After the game ended, and the Mariners took a 4-2 win, we headed back to Portland, Oregon aka Beervana in attempts of surviving the final week of Oregon Craft Beer Month. Cheers!