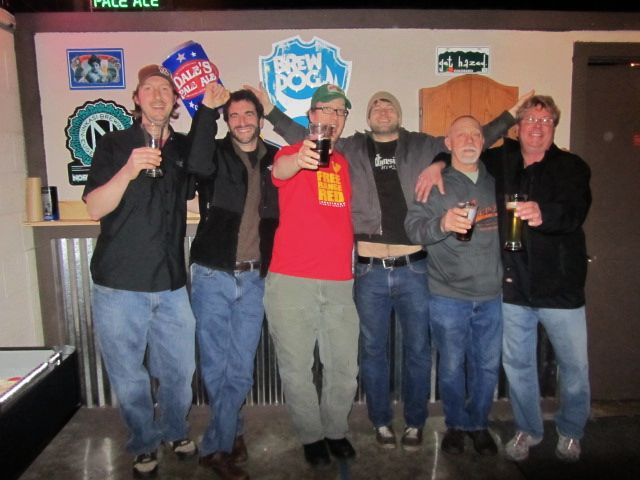 It was yet another spectacular weekend filled with lots of fun craft beer hoppenings. Since this was the last weekend before Brewpublic’s 2nd Annual SE Division Street Meet the Brewers BrewPubliCrawl, we decided to have a little fun while preparing for the big event on Saturday March 19.

On Friday night, we found ourselves enjoying the brews of Migration over at The BeerMongers. Here, brewer Michael Branes shared an IPA, Imperial Stout, and a fantastic cream ale. After a brief description of each of these brews, Branes opened the floor to questions. This is when one particular attendee asked “How did you get the cream ale to be so f—ing good?!” 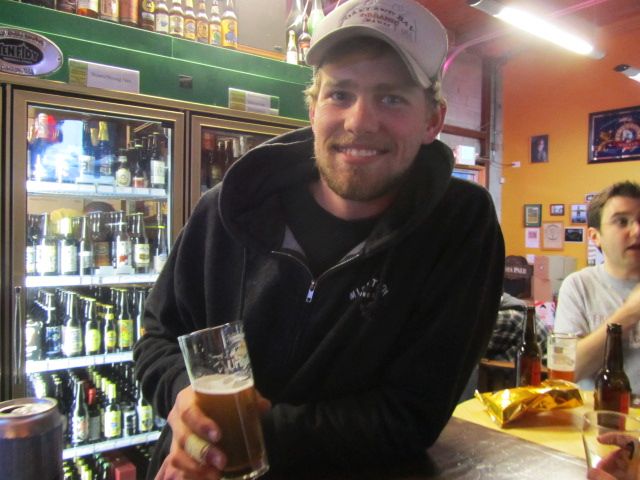 Next up on Friday, we headed over to Bottles to their most recent Meet the Distributor night. The featured distributor for this evening was Point Blank. Here, a bunch of brewers showed up to showcase some phenomenal brews. Ross Litton, owner and brewer of Walkabout Brewing in Central Point, Oregon was on hand as was brewers from Laurelwood, Oakshire, Amnesia, and more! 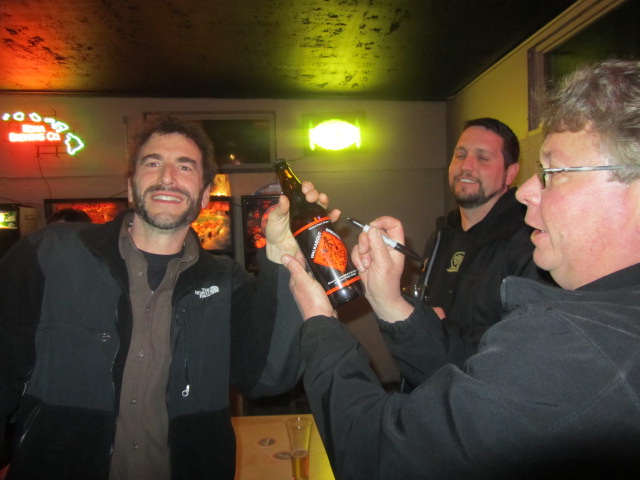 Saturday met up with some folks to plan for our big pub crawl. This involved a fun stop over at Bar Avignon in which owners Randy Goodman and Nancy Hunt and their hardworking staff poured a variety of wonderful brews including Upright Four, Full Sail LTD 04 Lager, and Fort George Vortex. Look for other flavorsome brews to be be featured along with brewers representing from each of these breweries next Saturday. 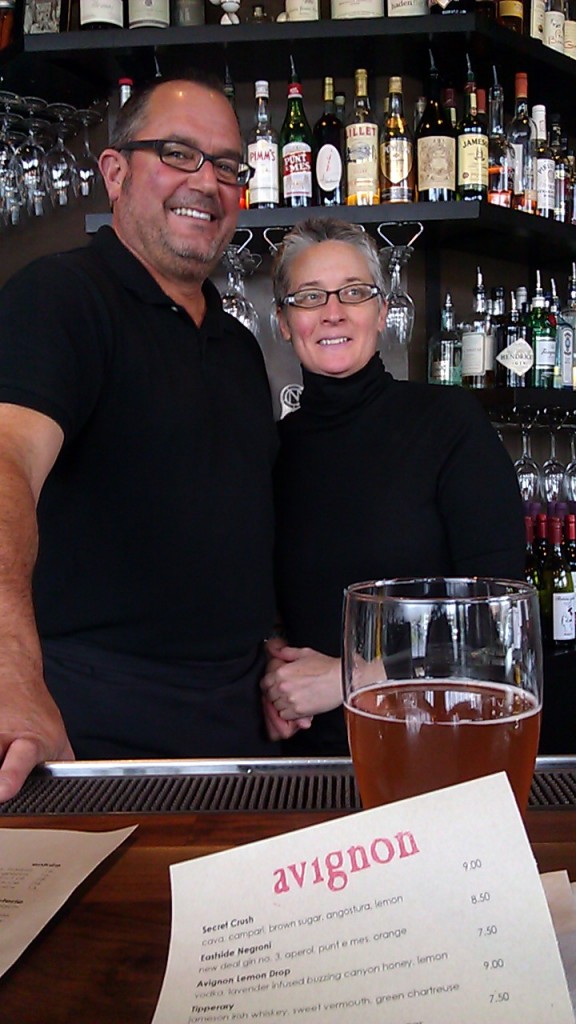 On Sunday our team of volunteers and staff met up to plan more for the BrewPubliCrawl. Following some tasty breakfast pizza at Sizzle Pie that included slices of the vegan “Drugs Benedict” pie, with “cheesy” tofu scramble, hash browns, vegan “bacon” bits on creamy shallot and white bean spread, paired with Oakshire Overcast Espresso Stout, we headed North to Saraveza where a rare and touted keg of Pliny the Younger Imperial IPA was pouring. 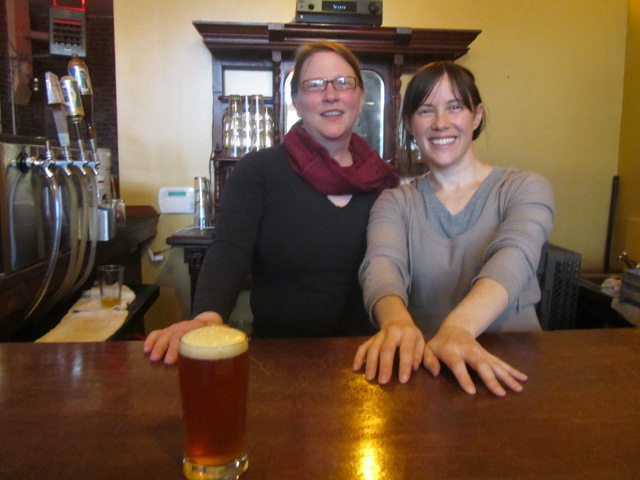 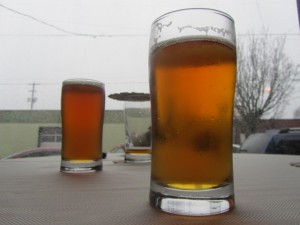 Saraveza featured the Pliny in their Side-space. For $8 patrons could taste a glass of the Younger and were also rewarded with two free glasses of brew from Hollister Brewing of Santa Monica, California. Kate Vincent, of Saraveza, poured us some Hollister Hippie Kicker Imperial IPA and their Tiny Bubbles Tart Wheat. The Hippie Kicker was a wonderfully flavored boldly hopped ale with a decent hop spine considering its light West Coast character, while the Tiny Bubbles played like an amped up Berliner Weiss with considerably more oomph than most 4.7% ABV brews. The Pliny was dry-hyped, hype infused, and used a hype back to get that special something that kept beer geeks such as Saraveza’s Tyler “The Younger” Vickers in “the zone” and as a top contender for this year’s Bartender of the Year. 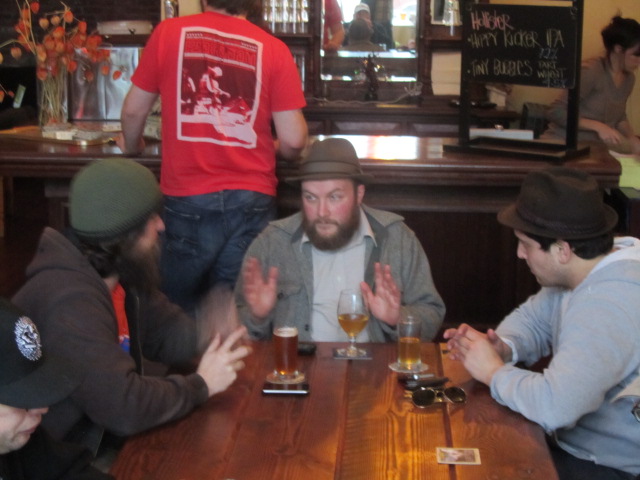 The weekend’s outing wound down after a much needed trip to The Horse Brass Pub, the world’s greatest craft beer bar. Here, we partook in such favorable offerings as HUB Secession CDA on cask, Russian River Blind Pig IPA, Burnside Stock Ale, and Sierra Nevada Glissade Golden Bock. It all culminated back home with a few six packs of Ninkasi Spring Reign and BridgePort Kingpin Imperial Red. Woo hoo! 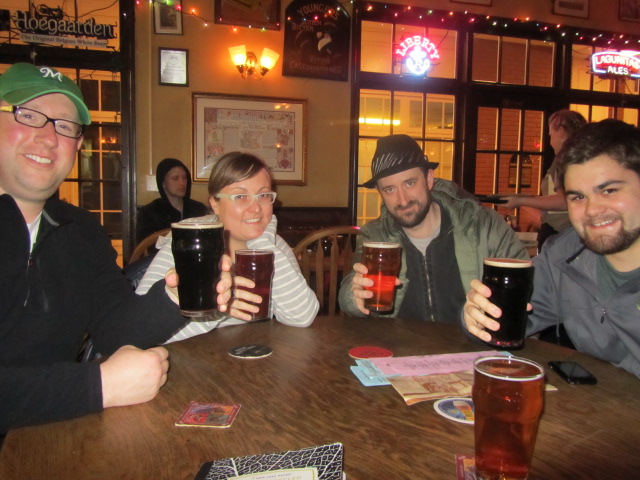