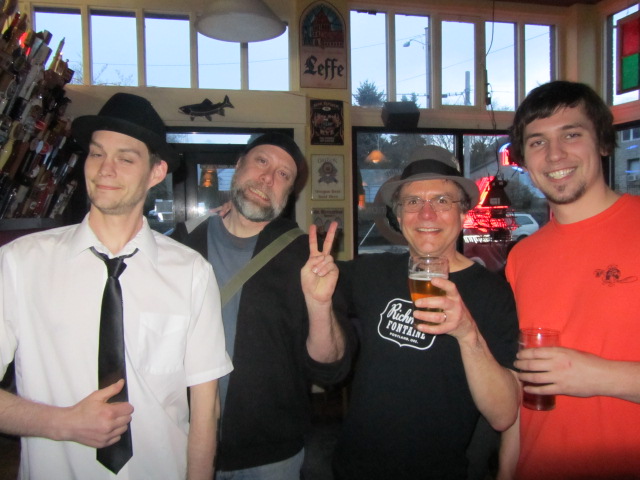 Another monster craft brew weekend in the books (so monstrous that it took us until now to get to recapping it). Obviously, our BrewPubliCrawl along SE Division Street was a big part of it. We put a lot of work into organizing this meet the brewers crawl. And, thanks to the support of our sponsors, mostly dry weather, and a well behaved crowd, everything appeared to go off without a hitch.

Being that our craft brew peripheral is pretty wide, we locked in to some other excellent events during the adventurous weekend. Here’s a look at some of what we enjoyed: 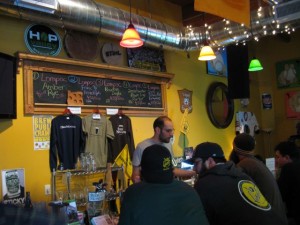 The weekend jumped off early thanks to St. Patrick’s Day landing on a Thursday. We celebrated by imbibing at The BeerMongers, where a special March Madness event was underway. The kickoff of the NCAA college basketball tournament paired well for the crowd who came to cheer on their favorite teams while enjoying live music. Local three-piece band, Folk and Spoon, comprised of  Jay Juran, Carley Baer, and Robin Way performed a special Irish folk set appropriate for the occasion. On Friday, The Mongers hosted Lompoc brewers for a special Reserve night filling up the pubs taps with rare vintage brews including Bourbon Barrel Aged Dagda (Strong Irish Red), Franc’ly Brewdolph (Belgian Red aged in Cab Franc barrels), 2008 Monster Mash Imperial Porter, and 2009 Tavern Rat Barleywine. Lompoc brewers Zach Beckwith and Bryan Keilty were on hand to meet with folks and discuss their barrel-aging process. 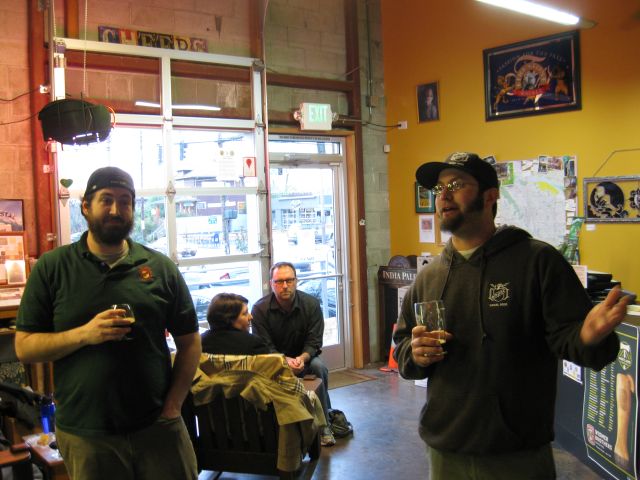 Friday was a big night for a few prominent craft beer proponents. Earlier in the night we visited Belmont Station, one of the nation’s best craft beer bottle shops and bier cafes. On this night the Station celebrated their 14th anniversary with some impressive tap offerings and some of Oregon’s best brewers in the house. Ted Sobel of Brewers Union Local 180 of Oakridge made the trek up to share a cask conditioned real ales, a deep amber hued, malty ESB with a creamy mouthfeel known as “Quid Hoc Sibi Vult?”  (Latin for “What does that mean?”). 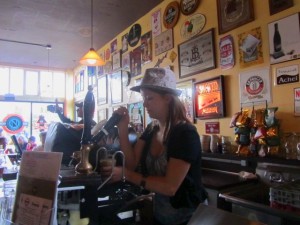 Dave Marliave, brewmaster for Flat Tail Brewing in Corvallis brought with him his Kolsch, Licentious Goat Imperial IPA (brewed with damania) and Bourbon Barrel aged Barleywine. All of Marliave’s brews we’ve tried so far have been exceptional and we were stoked to have him in on our BrewPubliCrawl. If you get a chance to taste the Kolsch, don’t pass up on it. Belmont Station’s Chris Ormand noted that it was in his opinion the best representation of the style since the authentic Cologne-brewed Reissdorf, and Ormand knows beer (you’d have to be to be Belmont Station’s beer orderer!). Belmont Station owner Carl Singmaster was on hand. We hadn’t caught up with him in a while (for all we know he was on tour with Lemmy Kilmister and Motorhead). We are pleased that Singmaster had done up such a huge celebration for the occasion.

John Dalgren of Astoria Brewing was in the house at Belmont also. Dalgren brought a rare treat, a keg of his collaboration beer made with Fort George Brewing, a unique imperial dark lager. A cross between a stout and a lager, this beer was exceptionally clean and crisp with a notable chocolaty robustness. Dalgren has an affinity for concocting inspiring on-offs and lagers at his brewhouse on Oregon’s North Coast, and this particular offering was no exception. 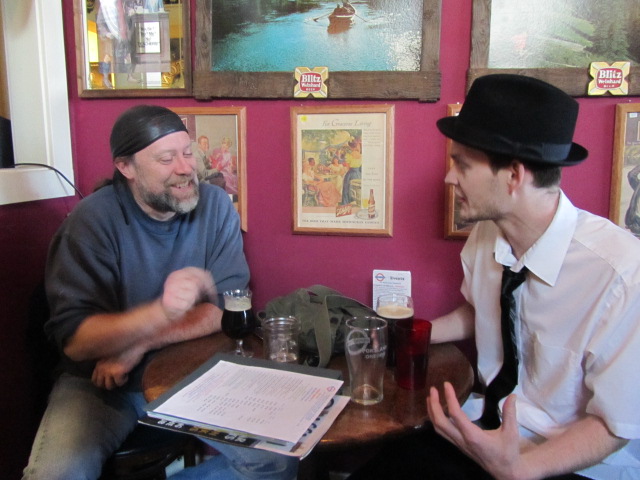 After Belmont (yes there was more!) we joined in on the celebration at the Laurelwood Brewpub. Laurelwood owner Mike De Kalb and his crew have wowed hop-thirsty palates for a decade and this evening was another fine celebration. So many noteworthy craft beer establishments were celebrating anniversary’s of late (Double Mountain, Upright, By The Bottle, etc), but surviving a decade in a down economy is quite impressive. We suppose that craft beer is a trend that people are in favor of, and we love it! 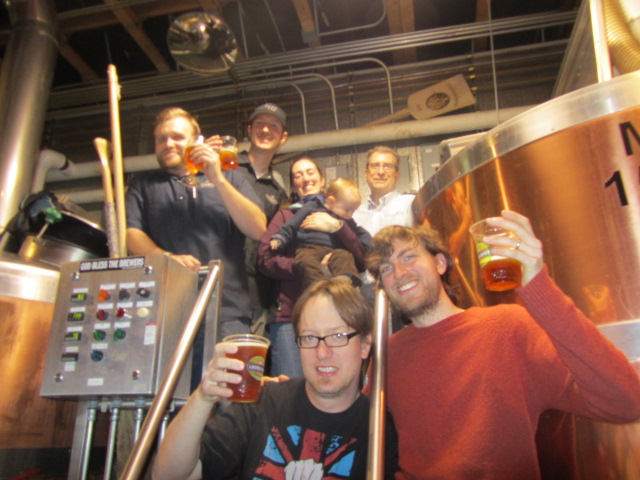 At Laurelwood, brewmaster Chad Kennedy and brewers Dustin Kellner and Nick Phelps joined in on the toasting new releases including the Organic Pale and Imperial Workhorse which made debuts on this fine evening. A special firkin of the double IPA was shared with us thank to our friends at Taplister.

So many great beers over the weekend, our heads our still spinning. Hopefully the following pictures are worth a good story as well.  Cheers! 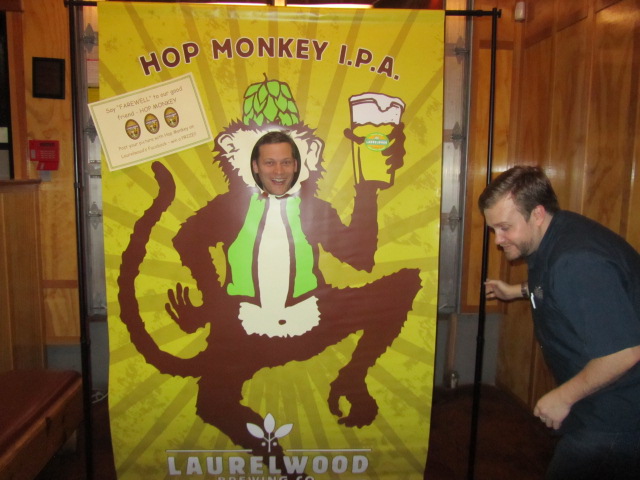 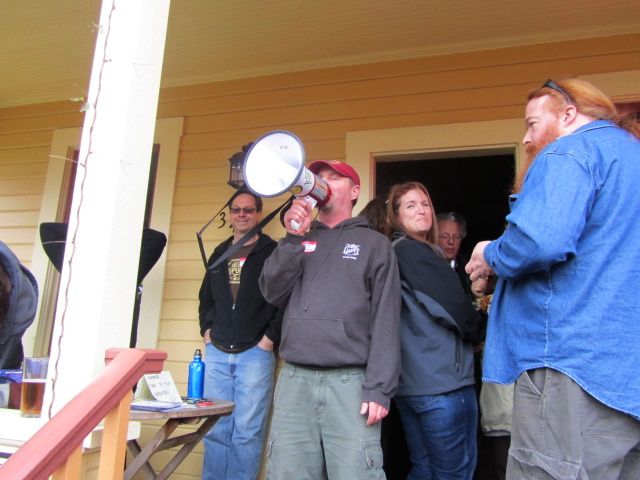 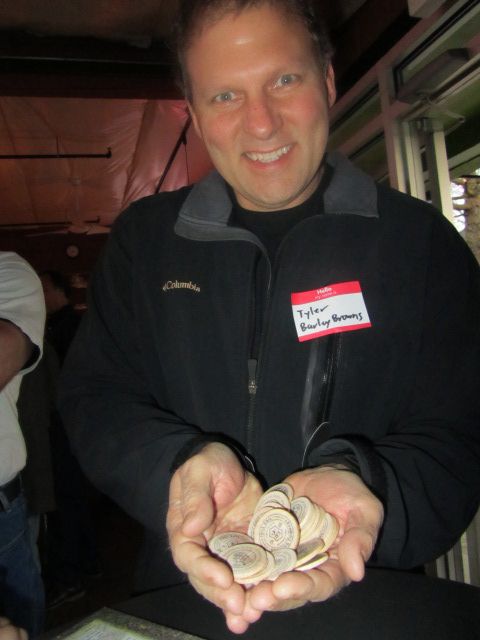 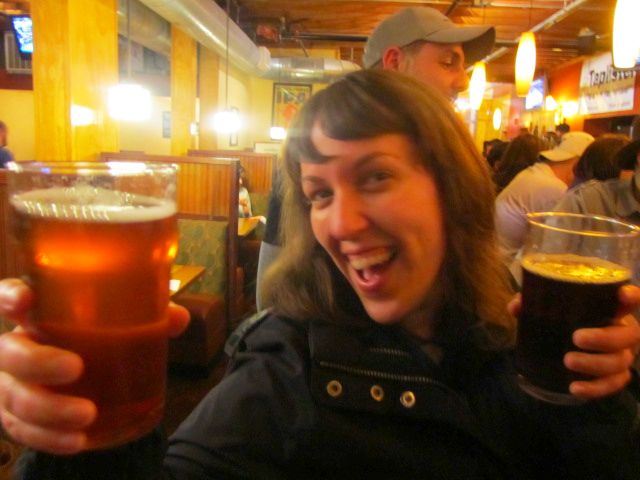 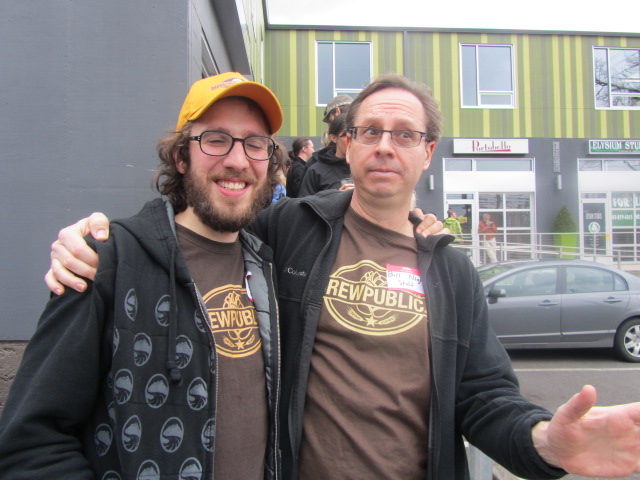 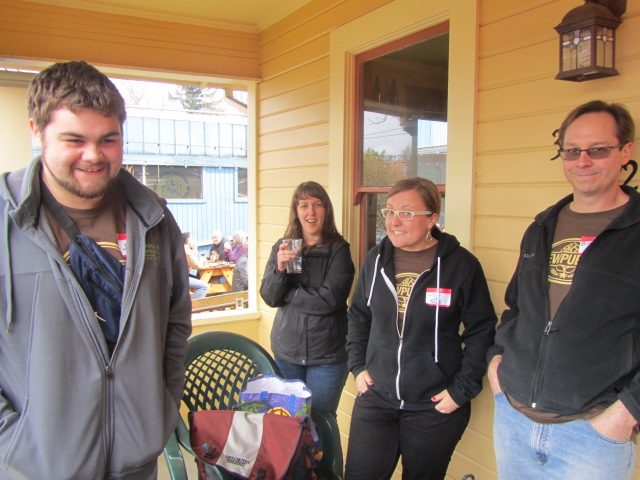 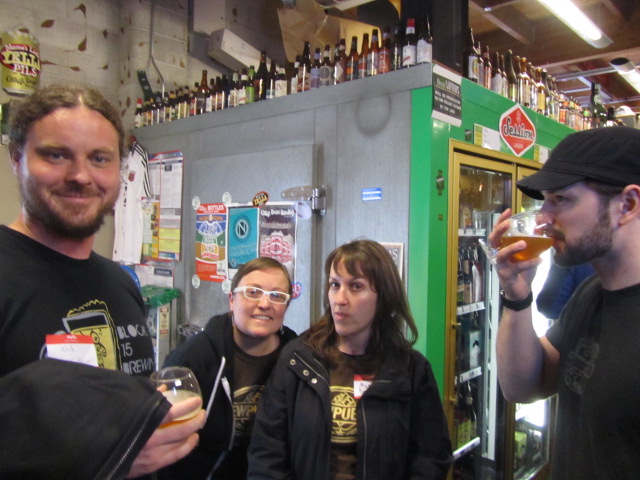 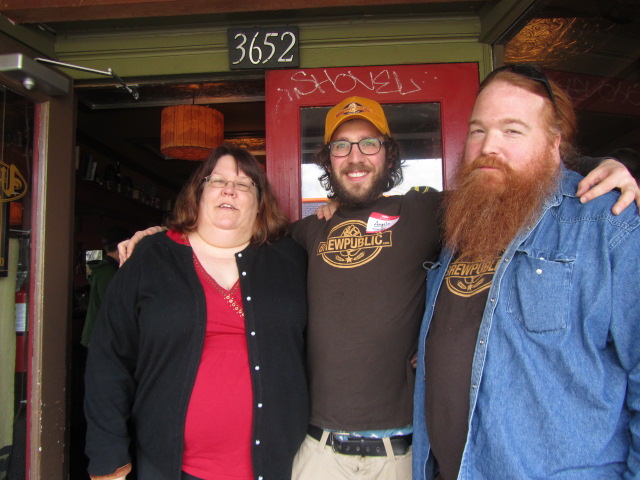 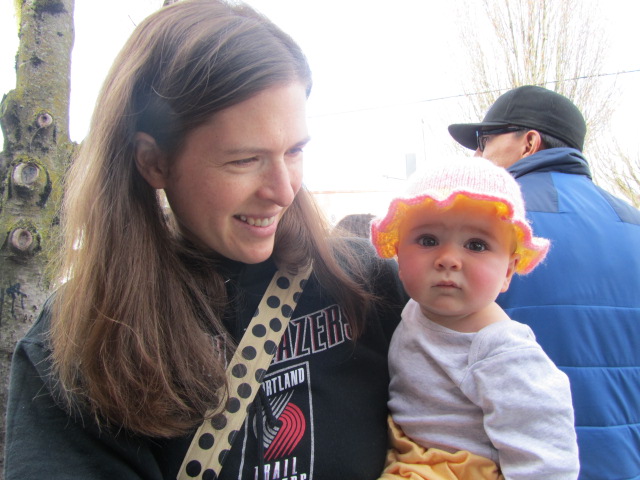 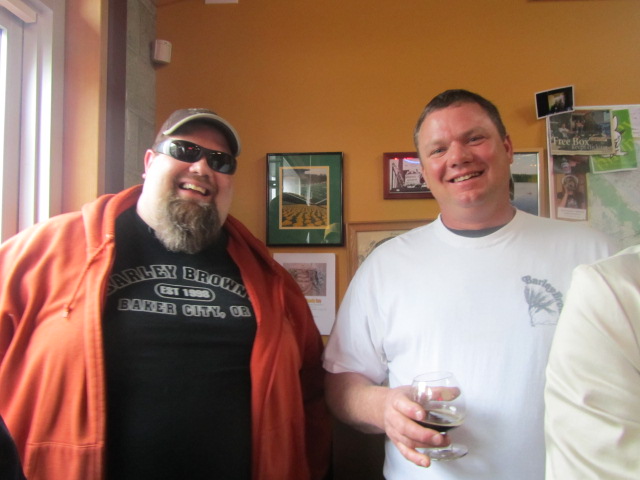 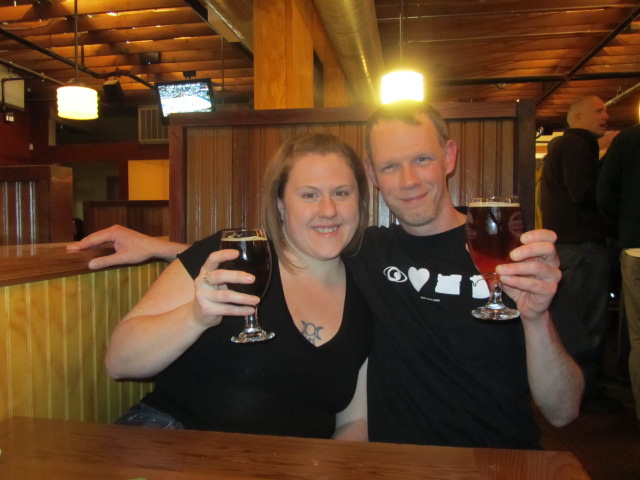 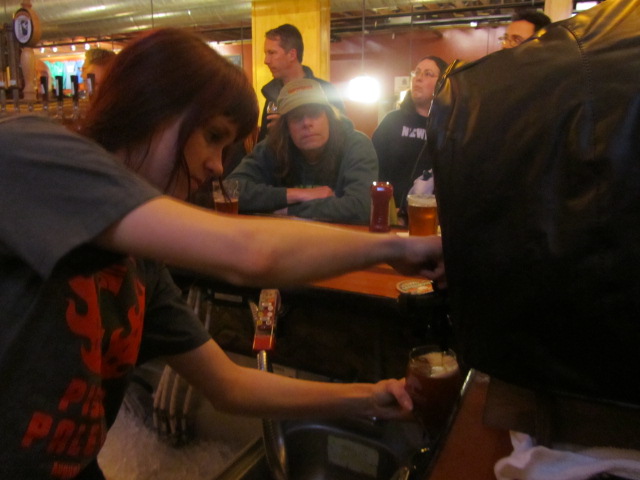 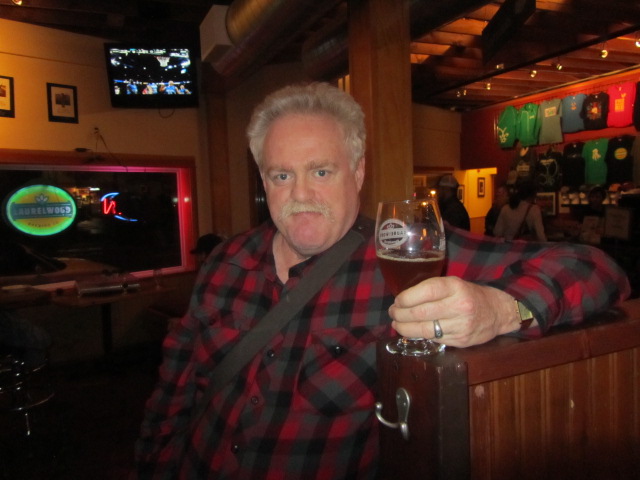 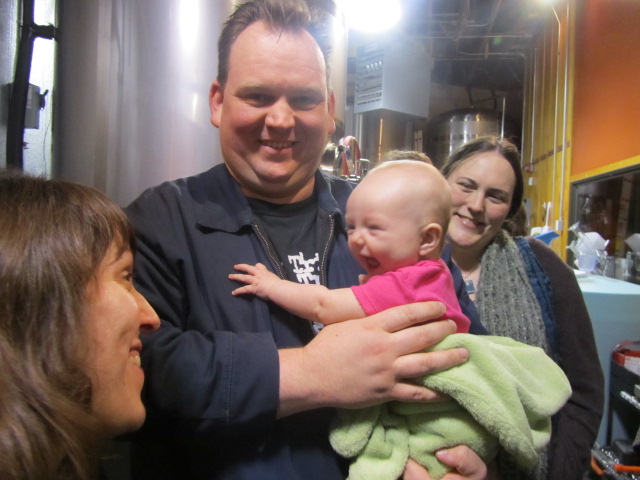 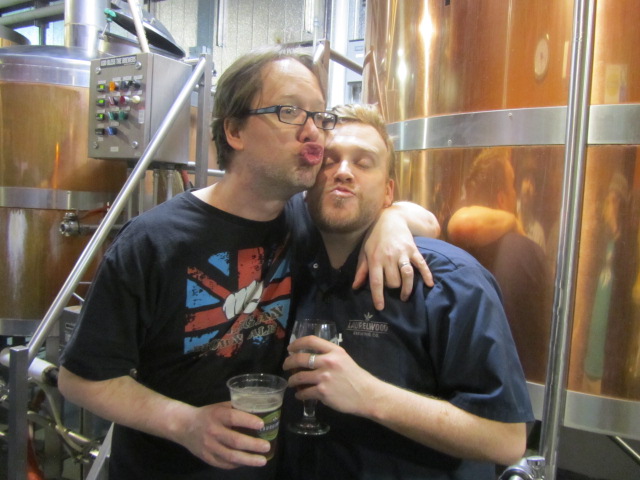 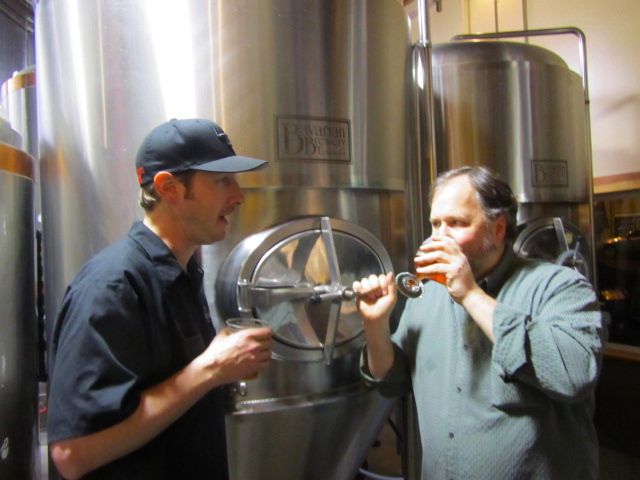 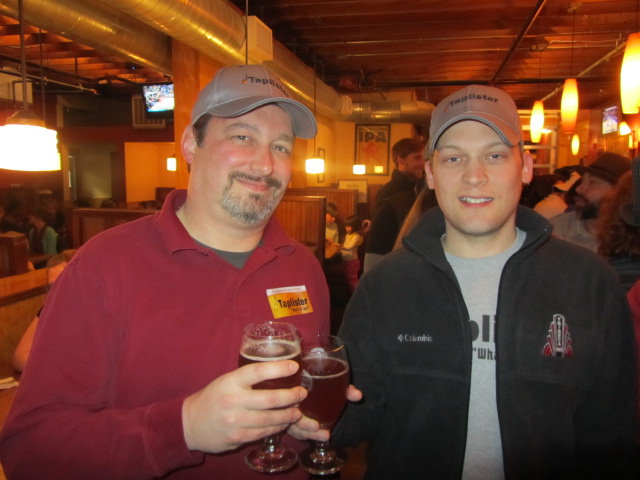