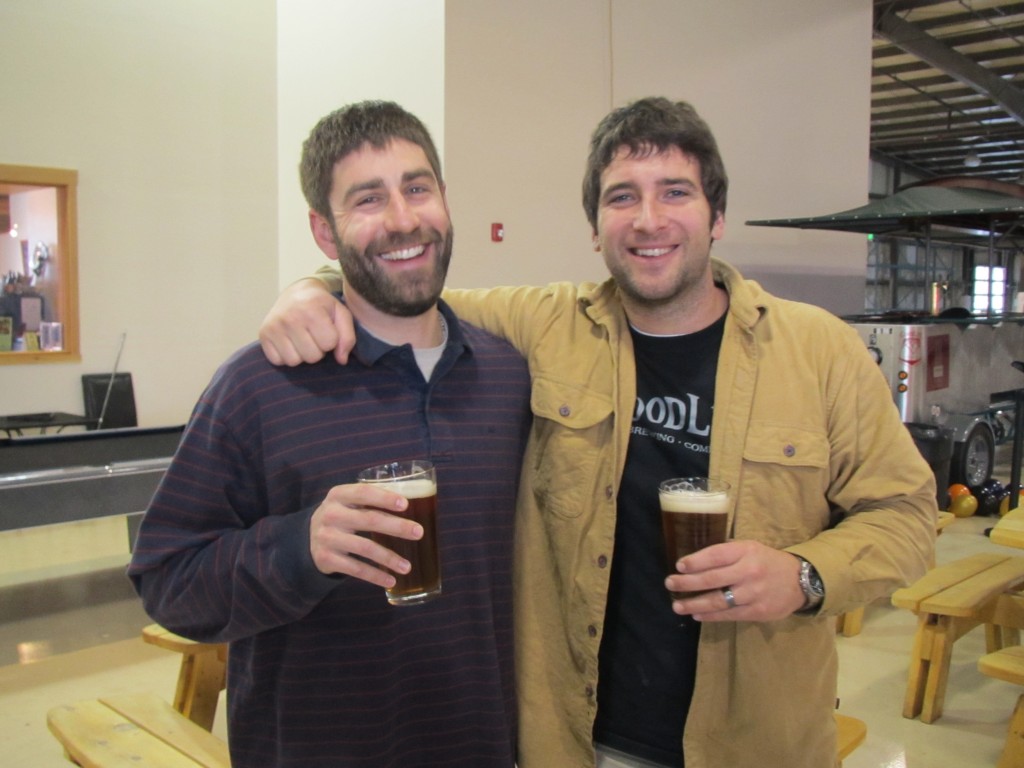 For some time, going to Bend, Oregon in the midst of winter was a tradition of mine. There’s something about being in Oregon’s high desert hub this time of year that feels like a magical winter wonderland escape. Perhaps its the snow falling on Ponderosa pines alongside lava flows near the Deschutes River. Or, perhaps, more realistically, it’s the supply of excellent beer produced locally here in the state’s biggest city east of the Cascade Mountains. 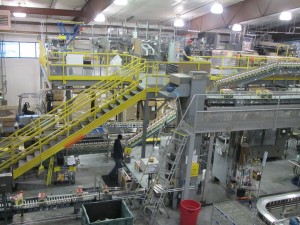 A no-brainer for any beer lover in Bend has remained the Deschutes Brewery, a staple not just here in Bend, but in our great state as well. Since 1988, Deschutes has been a pioneer of the craft brewing movement, starting with their Black Butte Porter, which at the time of its initial release, was quite a daring undertaking. Today, with more and more craft breweries springing up around the country (more than 1,700 at last count), Deschutes bravely forges ahead with products like The Abyss barrel-aged imperial stout, Imperial Black Butte Porter, and a pioneering sour ale, The Dissident. These are just a few notables that the company has played around with. In fact, any one who has been to a Deschutes pub recognizes that there are always at least a handful of recipes that are exclusive to these locales. Gluten-free beers, White IPAs, Cascadian Dark Ales, wild yeast-fermented blends, and so much more. For a craft brewery of Deschutes’ magnitude, this risk taking and experimentation is quite impressive. 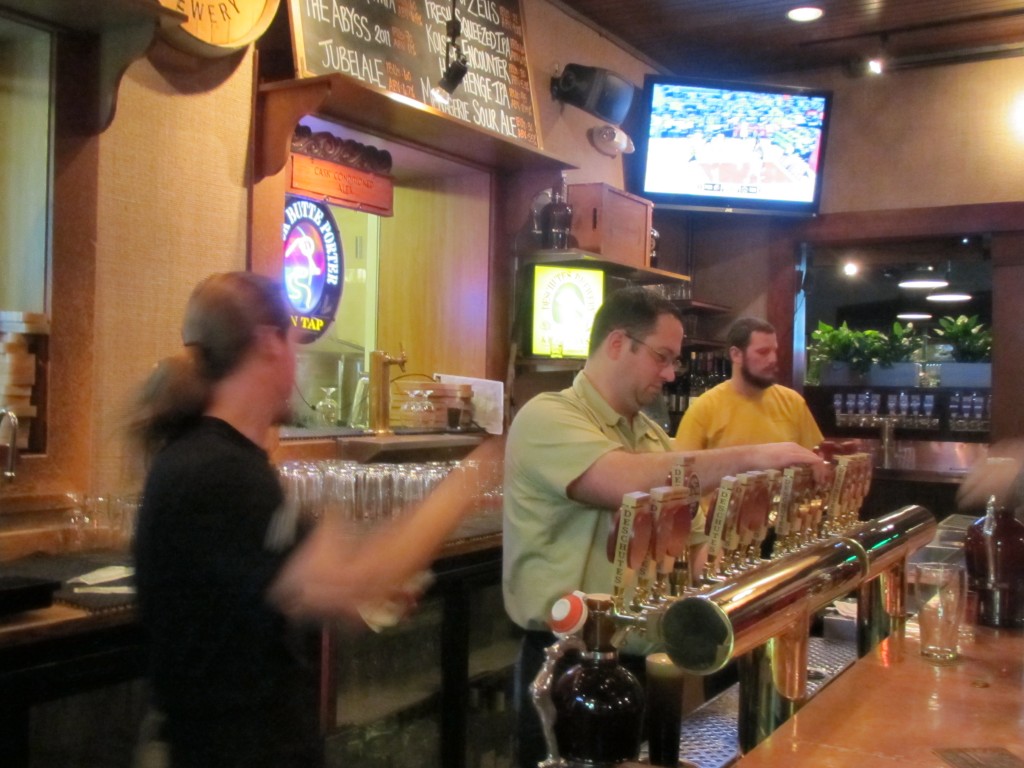 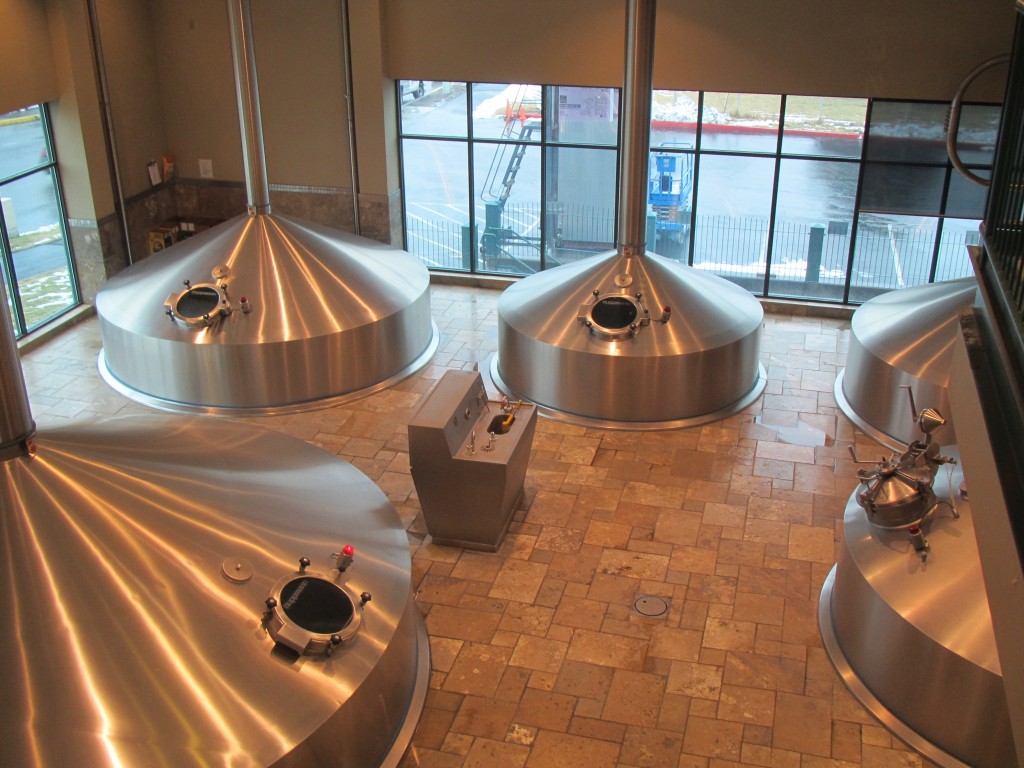 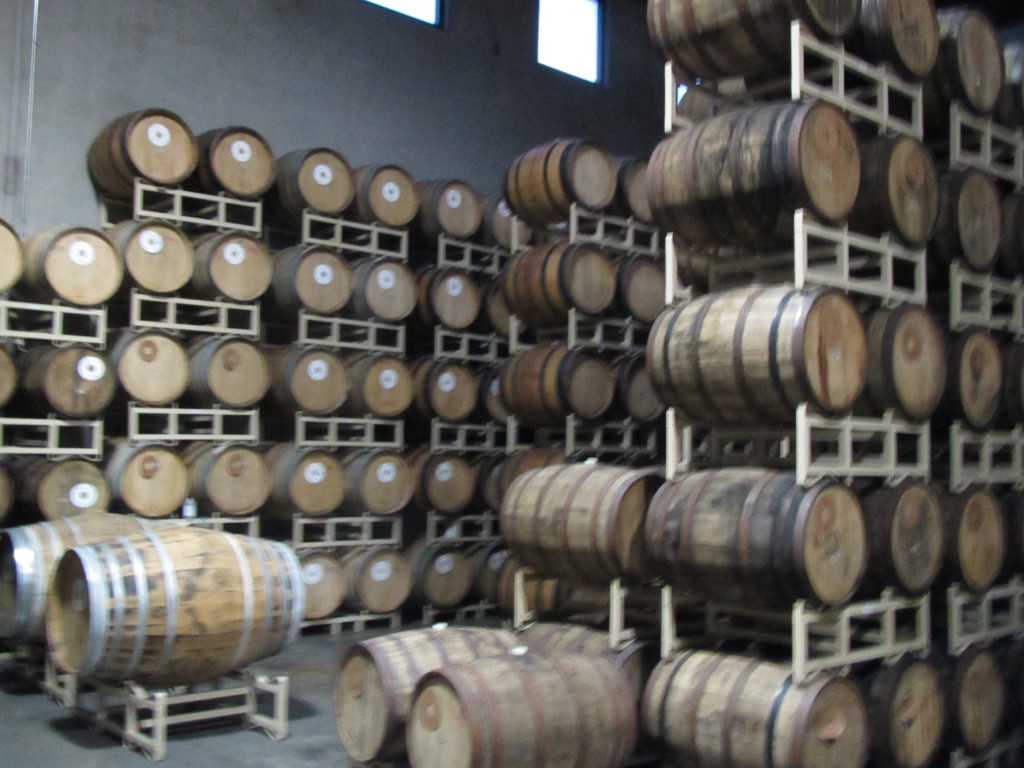 So, yeah, returning to Bend for the first time more than three years, there was no question that Deschutes was on our docket, especially considering all that was happening with them of late. A $1.5M expansion to their downtown Bond Street pub that will be unveiled to the public in the coming weeks is quite admirable. Further, their approximately 200,000 barrels/year production brewery on Bend’s south side is also expanding to yield about 300,000 barrels/year. In addition, they are expanding their gift shop here for a more relaxed tasting experience, growing their already impressive barrel-aging program, and their waste water treatment facility itself  makes great leaps to make the large brewery ever more efficient. 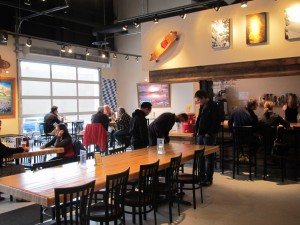 We arrived in town on Friday afternoon, and made our first stop GoodLife Brewing. We’ve tasted great things from them in Portland and heard that the brewery was a marvel to be beheld. Our point man, Chris Nelson, GoodLife’s Sales and Promotions Coordinator immediately welcomed us at the brewery’s tasting room with a round of their Mountain Rescue Dry-hopped Pale Ale. This refreshingly well-build and crisp ale with a hearty sprucing of lupulin won the people’s choice at the 2011 Bend Brewfest.

Nelson lead us into the production brewhouse, a vast mostly uninhabited 22,000 square foot warehouse space where much growth is soon to come. Head brewer Curt Plants was in the middle of brewing up a batch of Descender IPA with a tub of Galaxy hop pellets ready to go in the boil. Plants, a Siebel Institute of Technology graduate in their brewing program, cut his teeth brewing for Rogue Ales in Newport, Oregon. 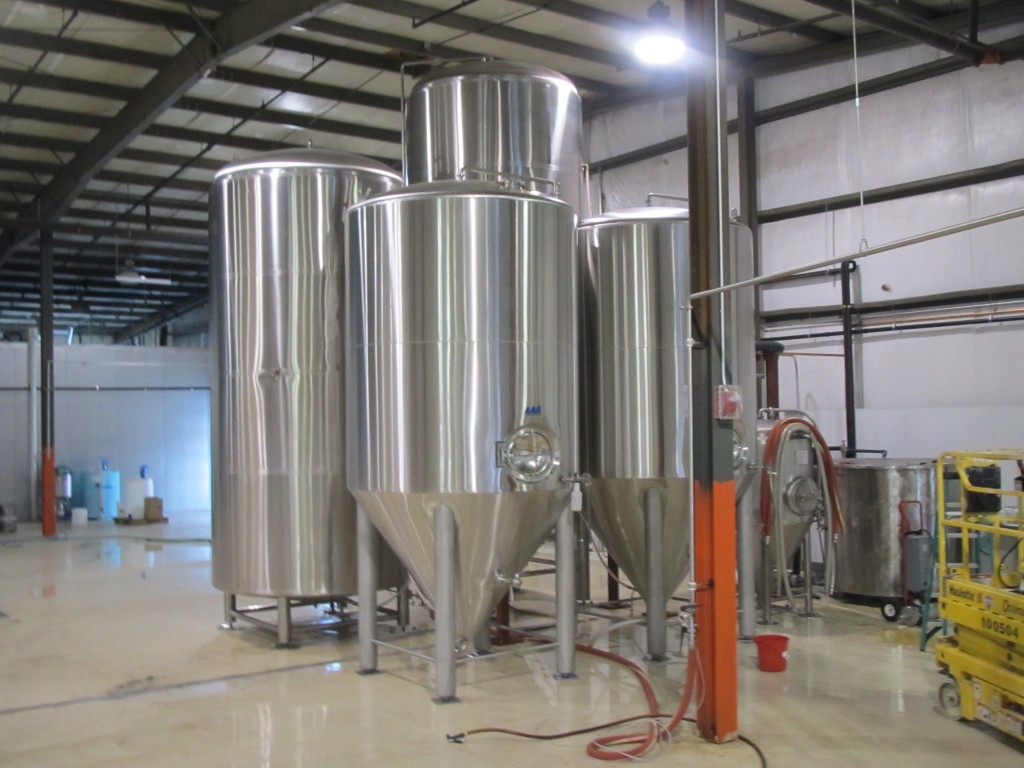 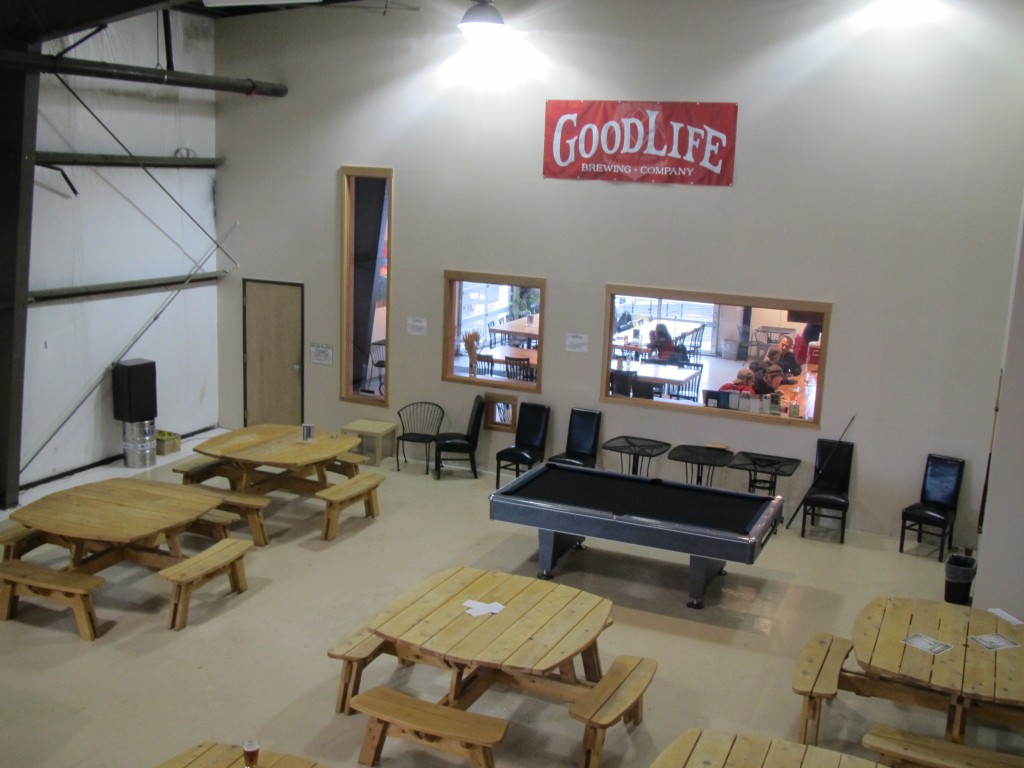 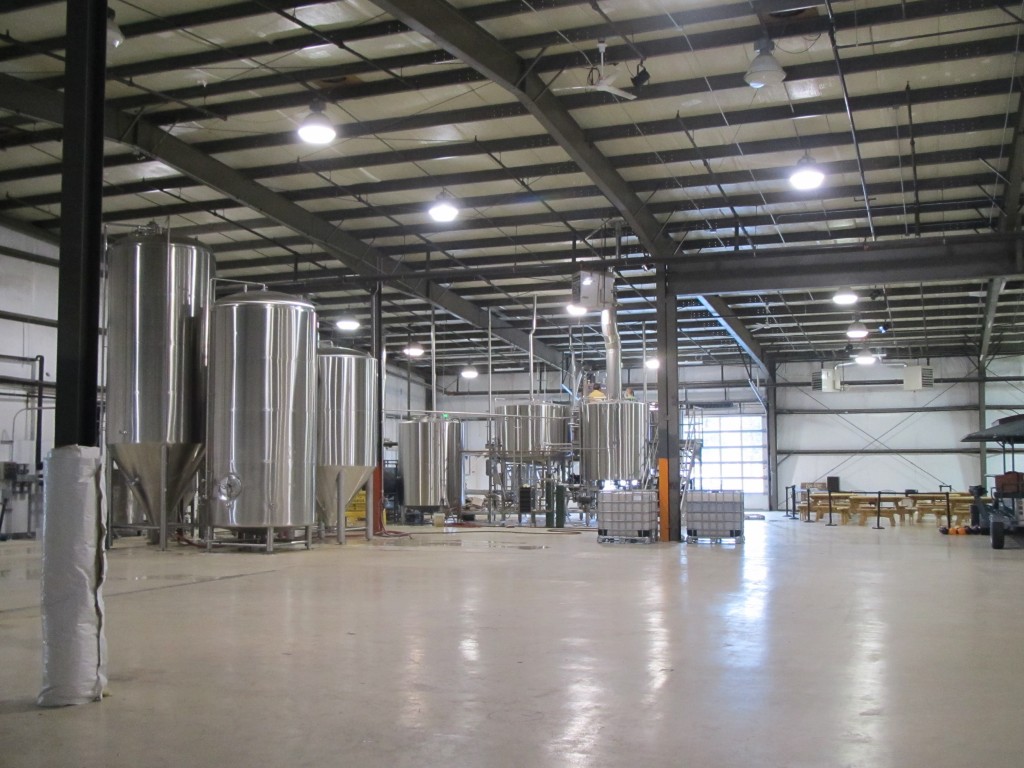 A full tour of the grounds at GoodLife revealed an enormous 1,500 square foot walk-in cooler. Mentioned in USA Today Travel’s “End of the (Mayan) world? 10 places to go out in style” article, the bombshelter cooler is able to withstand a 10.0 Richter scale earthquake. With a grip of Scottish Heart, Descender, Mountain Rescue, and Pass Stout, there would certainly be worse places to find yourself when the big one hits. 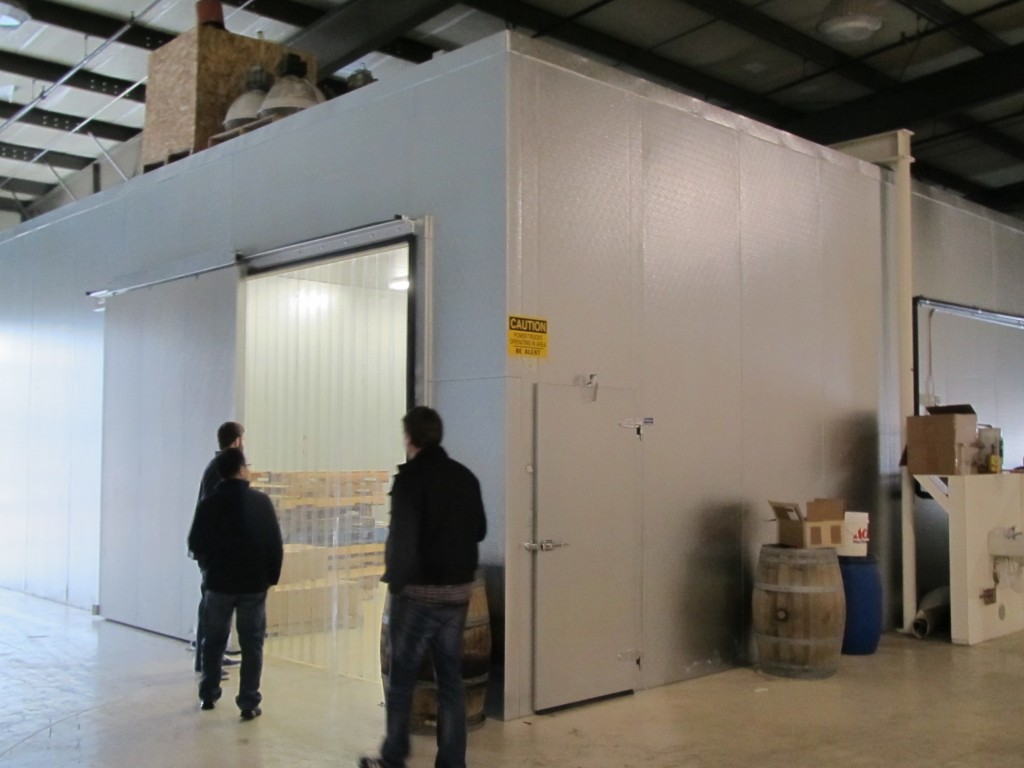 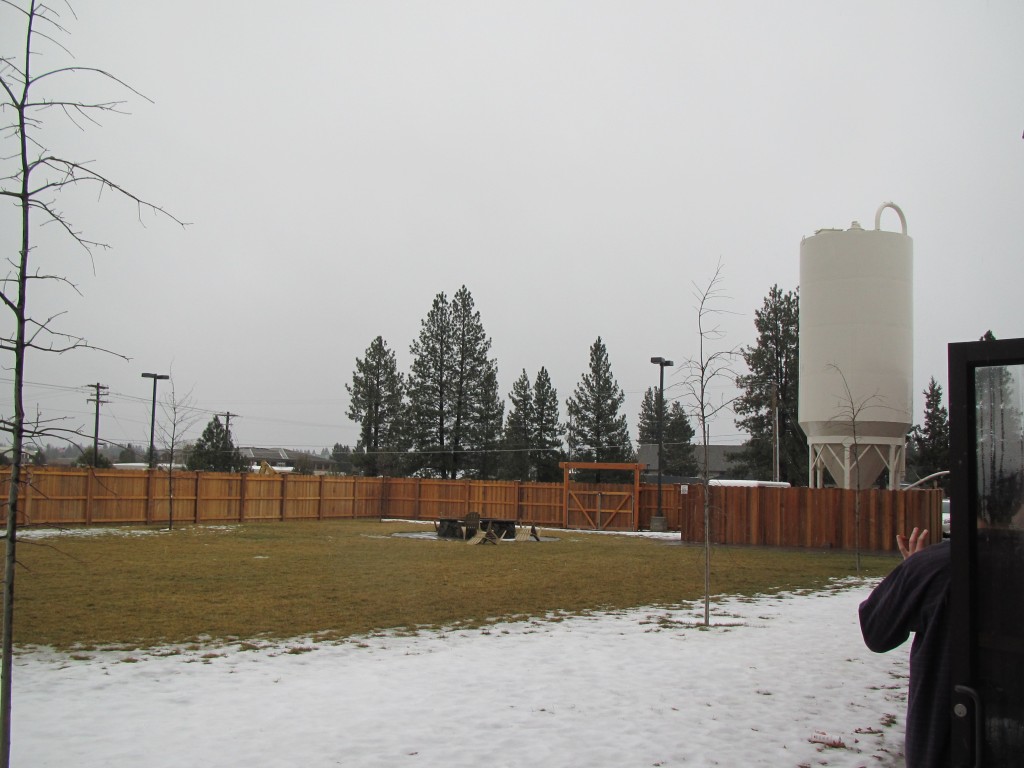 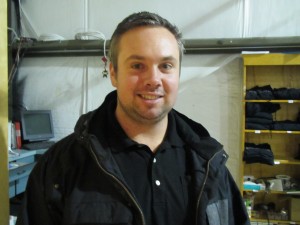 In addition to GoodLife’s ginormous indoor brewing facility, an equally impressive 13,000 square foot outdoor Biergarten will certainly be a highlight of the warmer months. Nelson says they are entertaining the idea of badmitten courts and horse show pits this summer. It also features a ten foot wide fire pit. The space is dog friendly and will also showcase some of the regions popular food carts as well.Nelso informs us that some new brews are soon to be added to the brewery’s repertoire including 29’er India Brown Ale, a double IPA, a fresh hop ale, and a strong ale. Also coming in late spring will be 22-ounce bottles of Descender IPA and the Mountain Rescue Dry Hop Pale Ale.

Thanks to these kind fellows as well as co-owner Ty Barnett for a wonderful time.