No, we are not heading to Chicago for the Craft Brewers Conference and Beer Expo (though that would be pretty sweet), we’re off to New England were it all began for us in the world of craft beer. For two weeks we’ll be traveling from Newport, Rhode Island to Worcester, Massachusetts to Dover-Foxcroft, Maine in search of noteworthy beer spots. Our expectations are not low and not too high. We have made arrangements to visit some of our favorite breweries and some acclaimed beer bars while we are there. And we will be reporting from the road. Here’s what we anticipate experiencing on our journey:

Wormtown Brewing: For the first time in 48 years, Worcester, Massachusetts has a microbrewery. Fresh out the gates, Wormtown brewing will celebrate their grand opening on April 14, 2010 thanks to owner and visionary Tom Oliveri. Worcester native and brewmaster Ben Roech is the man behind Wormtown’s craft beer. His past experience includes brewing gigs at Cambridge Brewing and Wachusett Brewing in Westminster. Deprived of a local microbrewery since 1962, Wormtown will fill a much needed gap in Central Massachusetts. The 450 square foot brewery is adjacent to Peppercorn’s Restaurant also run by Oliveri. Their line-up of beers are very much oriented toward the Northeast palate employing names indicative of area landmarks and include a Turtle Boy Blueberry Ale, Seven Hills Pale Ale, and a be Hoppy India Pale Ale. “Our short term goal is to sell (1200 kegs) and see where it takes us,” says Oliveri. “We want to think small first but our three year plan is to eventually be selling those thousand to 1200 kegs without problem.” Since we’ll be visiting with family in Worcester, Wormtown seems like a must visit.

The Tap at Haverhill Brewery: Located in the city of Haverhill, Massachusetts, the Tap has been a restaurant open since the late 19th Century while the microbrew pub has been at it since just 2003. Brewmaster Jon Curtis has been

Milly’s Tavern and Brewpub of Manchester, New Hampshire is a well-respected craft beer stop in the Live Free or Die State. Manchester’s sole brewer has been open since January 2002 in the city’s historic mill yard. Milly’s brewing system is heated by fire just like in the old world, which they say adds character to their beers through the caramelizing of sugar in the brew kettle. They age and condition our beers after fermentation to ensure good clarity and to round out the flavors in our beers. Milly’s does not pasteurize their beers like many large breweries. A wide selection of year round favorites include Manchester Mild, Hopzilla, Zeus’s Belgian Wit,Castlefield Northern English Brown Ale, Lil’ Ivan’s Foreign Extra Stout, Fisher Cat Ale, Mt. Uncanoonuc Golden Cream Ale, Amoskeag Harvest Ale, Tasha’s Red Tail Ale,General John Stark Dark Porter, Milly’s Oatmeal Stout, Manch-Vegas I.P.A., and Bo’s Scotch Ale. Season favorites are Man in the Moon Belgian-style Saison, Pumpkin Ale, Ploughman’s Cherry Porter, and Bold Horizons Berliner Weisse-style beer. Any brewery with a Berliner Weiss is worth checking out in our books. Milly’s also has a cask and firkin Friday each week.

Ebenezer’s Pub: For five years running Ebenezers has been named the best beer bar in America according to Beer Advocate and has remained an international attraction for craft beer enthusiasts. Close to the New Hampshire border 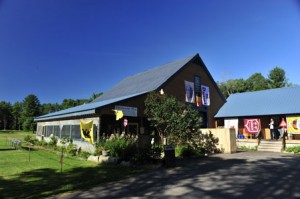 in the Southwestern Maine town of Lovell, Ebenezer’s, founded in 2004 by Jen and Chris Lively, features more than 35 mostly Belgian beers on tap and more than 1000 bottled brews. A statement on their website says, “We wanted to bring the best beers in the world to one of the most beautiful places in the world. We wanted to provide great food at affordable prices. We wanted to create a unique atmosphere that creates a bridge between the wooded mountains of Maine and the cobbled streets of old Belgium. That atmosphere is created as much by our exceptional wait staff as it is by the authentic Belgian beer décor that covers every inch of our walls.” What more need we say? This place sounds amazing! 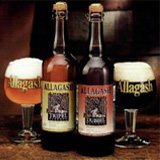 Allagash Brewing: As stated on their website, “Allagash Brewing Company (Portland, Maine) sold its first batch of beer in the summer of 1995. The Allagash story, however, has roots that go much further back then the ten years the Portland, Maine brewery has been in operation. The roots go into the early 1990’s when founder Rob Tod saw something missing in the American beer market. They are interwoven in the craft brewing movement that has allowed the creativity of brewers to flourish over the last twenty years, and those same roots have ties that go back centuries-to the monasteries of Belgium, whose own ancient brewing methods are now practiced today by the brewers of Allagash. Allagash began as a one-man operation, with Tod assuming all brewing duties in a small space located in a building on the outskirts of the maritime city of Portland. Tod had worked in brewery settings before and recognized a void within the craft brewing movement. While both German and British styles had become prevalent throughout the U.S., the ever-creative Belgian-styles were very difficult to find. Through his travels, Tod had sampled many of these unique beers and felt that the flavors and traditions of this European nation needed to be shared with the American drinking public. He designed a small 15-barrel brewhouse specifically to embrace the Belgian tradition of beer making, gathered the finest array of authentic raw materials and began his quest towards the production of traditional Belgian style ales.” Today, brewmaster Jason Perkins and a staff of brewers have put forth more and more imaginative styles of beer including a recently developed Lambic that we are dying to get our hands on.

Portsmouth Brewery: The Portsmouth Brewery, New Hampshire’s original brewpub, has been serving great food and outstanding handcrafted beers in a friendly, lively atmosphere since 1991. Brewmaster Tod Mott has a wealth of

brewing experience and has aided microbrewers across New England. Recently famed for his Kate the Great Imperial Stout hailed by Beer Advocate as the best beer in America and the second best beer on the planet, Mott’s humble and artisan approach to brewing goes unmatched. On our visit to Portsmouth in 2007, we experienced the superb flavors of the brewpub firsthand. Mott recently announced that a new Belgian Stout known as Le Chat Noir offers “fruity flavors that help mellow the coffee note quite a bit and smooths the beer out.”

Well, there’s a few of our anticipated stops for craft beer in the greater New England area. Look for guest posts from new contributors while we are on the road and more fun and informative news from the world of craft beer.