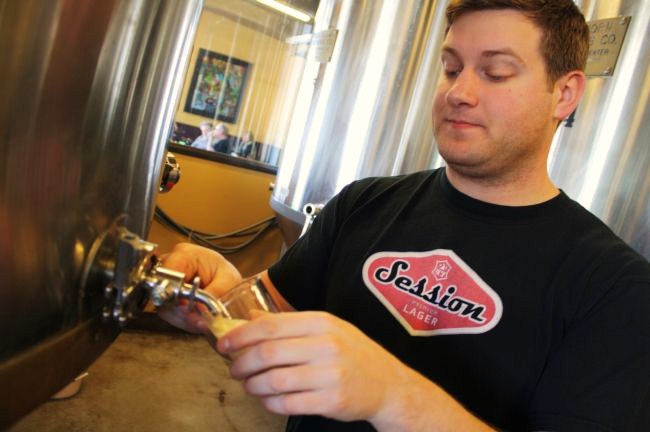 With more craft beer tasting opportunities than you could shake a stick at, Zwickelmania 3.0 presented crawlers and trawlers with the bonus element of choice weather. On a brisk, sunny Saturday afternoon in mid-February, we headed into the heart of the Willamette Valley’s wine country to visit some out of town craft breweries. 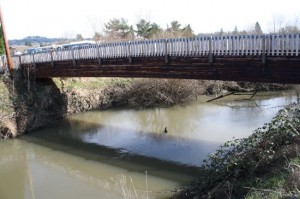 Our first stop of the day was Fanno Creek Brewpub in downtown Tigard, Oregon. Now, it has been a while since we’ve ventured into this expanse of strip malls and urban sprawl, but here in the quaint portion of old town adjacent to the rolling body of water for which it takes its name, Fanno Creek offers hope in a suburban world of the vast sameness illustrated throughout much of modern purlieu America. Originally named Max’s Fanno Creek after initial brewer Max Tieger (who once brewed at the now defunct Tuck’s Brewing as well), the brewpub dropped his name after his departure. But due to the unshakable association of and/or ring to the name, the brewpub is re-adding “Max’s” to its branding. However, this time, it will be a mascot dog that Fanno Creek will relate to the name. 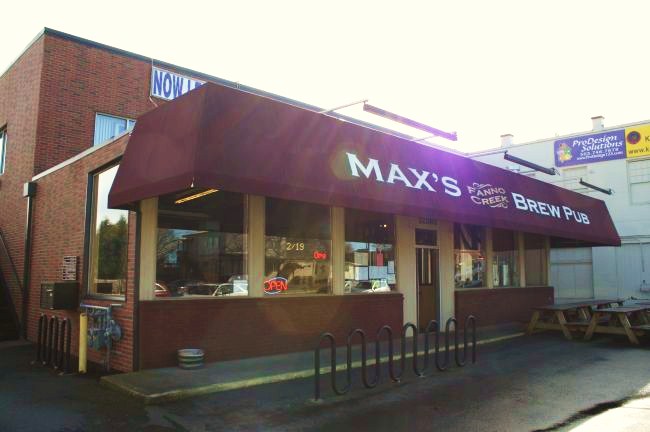 On a 10-barrel brew system originally from Big Horn Brewing/Humperdink’s Restaurant in Texas, Hackbarth now has retooled many of the spectrum of Fanno Creek’s beers. The original recipes were taken with Tieger, who is said to have left under non-amicable terms, and the evolution of these reinvented beer styles live in their latest carnation. Such beers include the Reverend’s Daughter, a retooled rendition of Max’s original Farmer’s Daughter. Hackbarth says the original was “more of a saison,” whereas the Reverend’s is a “Belgian golden with coriander” and Ardennes 3522 yeast strain that lends itself to a spicy, effervescent mouthfeel. We enjoyed this beer direct from the zwickel. We were also treated to samples of Max’s IPA, a hoppy, malt-forward American pale ale with copious amounts of Centennial hops. Dark copper in color, almost amber-like, with floral and citrus on the nose and a dry, crisp finish, this 6.4% ABV, 65 IBU brew easily appeases the palate of the Northwest hop-centric palate. 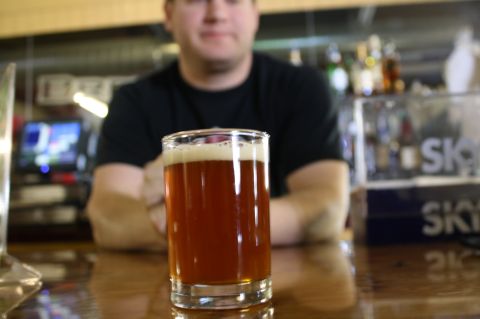 Following our first Zwickelmania stop in Tigard, we proceeding forth to McMinnville, where we anticipating experiencing a behind-the-scenes glimpse into Heater Allen Brewing. A production-only facility situated in an industrial warehouse space, Heater Allen is the brainchild of Bavarian-inspired brewer-owner Rick Allen. Allen’s affinity for producing his own unique spin on lagers has set him apart from the pack in a region known best for palate bruising hop-driven ales. 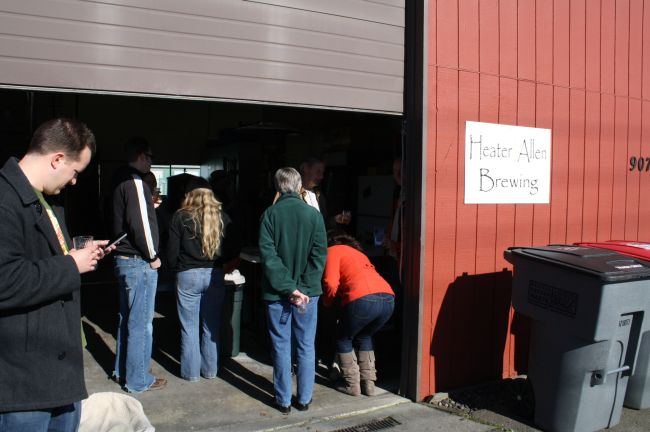 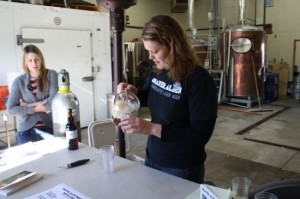 As the sun peaked in the sky, the uncanny warm beams were welcomed in an open garage door of Heater Allen’s digs where Allen’s daughter and brewing assistant Lisa offered bottle samples of the breweries Pils, Coastal Common, and Smoky Bobtoberfest Marzen, as well as pitcher pours of a young Mediator Doppelbock drawn from the brite’s zwickel. Lisa Allen explained the origin of the brewery’s name: Heater is Allen’s mother’s maiden name, a German family who were early settlers in nearby Newberg. Open since April 2007, Heater Allen began brewing 20 gallon batches before upgrading to 6-barrels in the spring of 2008. Lisa says that the heavier specialty brews at the brewery are produced 4.5 barrels at a time. 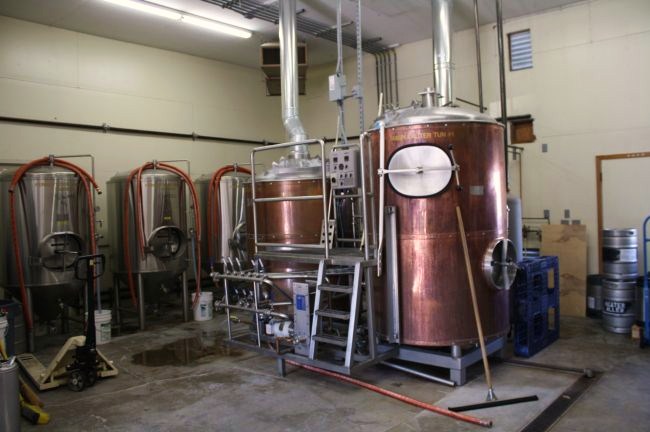 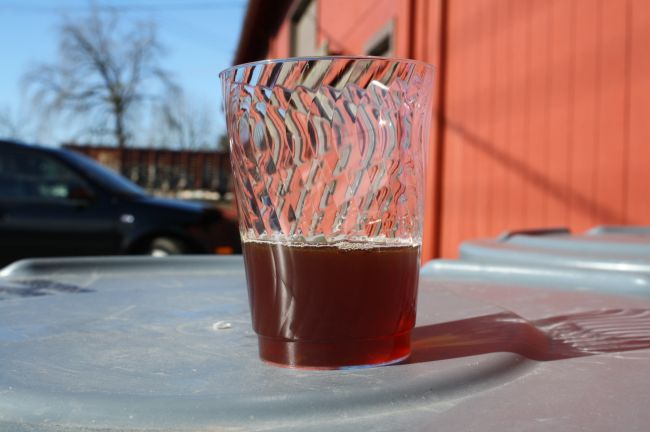 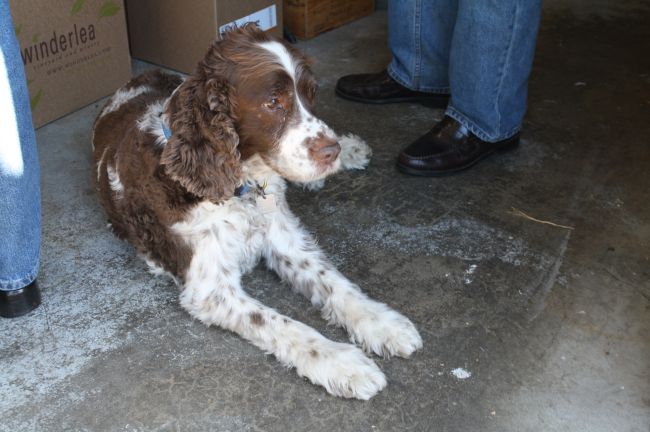 Not far from Heater Allen resides McMinnville’s oldest brewery, Golden Valley. Sadly, this was one of Oregon’s few breweries not participating in this year’s Zwickelmania, so, we continued on to our final destination of the day. 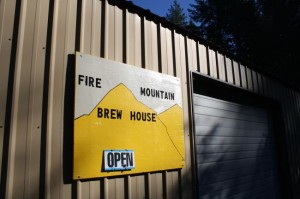 About 25 minutes drive from McMinnville, through winding roads, we ended up in the quaint town of Carlton, home to Fire Mountain Brew House. In this region, wine is king, with wine depots and tasting rooms lining the route toward the brewery where brewery and founder Henry Gorgas has been living  his dream as a professional brewer since 2008. With signs to help guide the way, Fire Mountain rests within the unsuspecting rural expanse of Yamhill County, past a narrow wooden bridge and up a dirt road.  A former aviation mechanic, Gorgas converted his spacious garage into a fully operation 15-barrel brewhouse with tasting room. A gifted handyman, Gorgas has welded most of the stainless steel tubing in his brewhouse, saying “You don’t run beer in plastic.”Utilizing a steam boiler, Gorgas approaches the brew process in a very much traditional approach. He admits to mashing in for three hours attesting “It’s not about just the sugars, it’s about the grain,” and he is convinced that this prolonged mash period extracts a lot more complex flavors from his malts. In recent news, Fire Mountain recently acquired its own six-head Maheen bottler to help facilitate the brewery’s distribution demand. 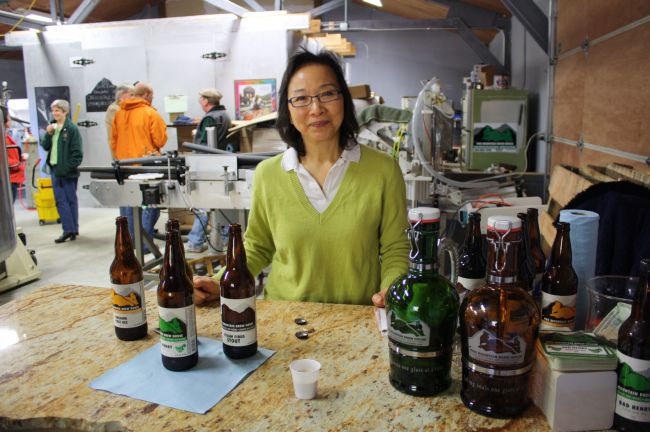 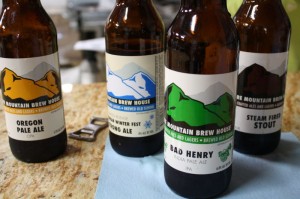 Gorgas’ friendly wife Sheri offered our group samples of four bottled brews including their Oregon Pale Ale (OPA), an orange hued citrusy pale with a substantial piny piquancy and a mild 5.5% ABV; Bad Henry IPA, a rather malty representation of the Northwest IPA, is described by the brewery as having “an English twist,” using Fuggles and Cascade hops and weighing in at 6.8% ABV; Steam Fire Stout, unquestionable Fire Mountain’s most acclaimed beer, this chocolaty, robust, and roasty 7.6% ABV brew comes from Gorgas’ eleven years of brewing, and is the beer he’s been fine tuning the longest. Also utilizing Fuggle and Cascade hops, we were pleased to accept a bottle sample of this nice brew. Fire Mountain’s seasonal offering on hand was their Hangman Winter Fest Strong Ale, the boldest brew in Gorgas’ repertoire. At 8% ABV, Hangman features a warming malt character attributed from seven malts and the use of flaked rye and barley before being dry-hopped with citrusy Amarillo and Cascade hops. Before leaving Fire Mountain, Gorgas zwickeled us on some of his forthcoming Bogart IPA. Still young, the brewer says that Bogart will be ready after a bit more age and the addition of about four or five different hop varietals. Keep your eyes peeled for this new India Pale appearing sometime next month. And, it is still unconfirmed by there are whispers of a summer pilsner and Imperial IPA making their way down the pipeline perhaps this coming summer. 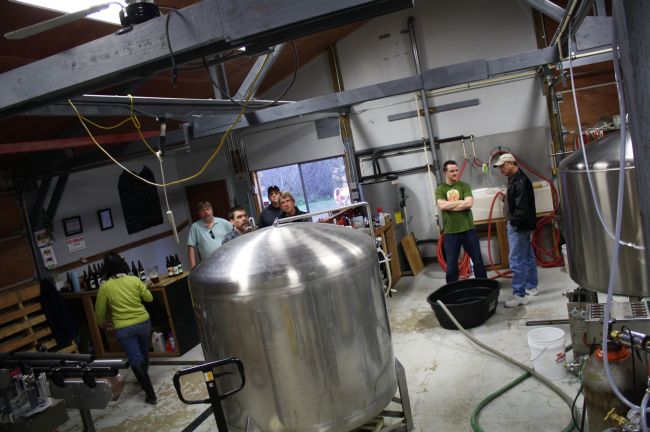 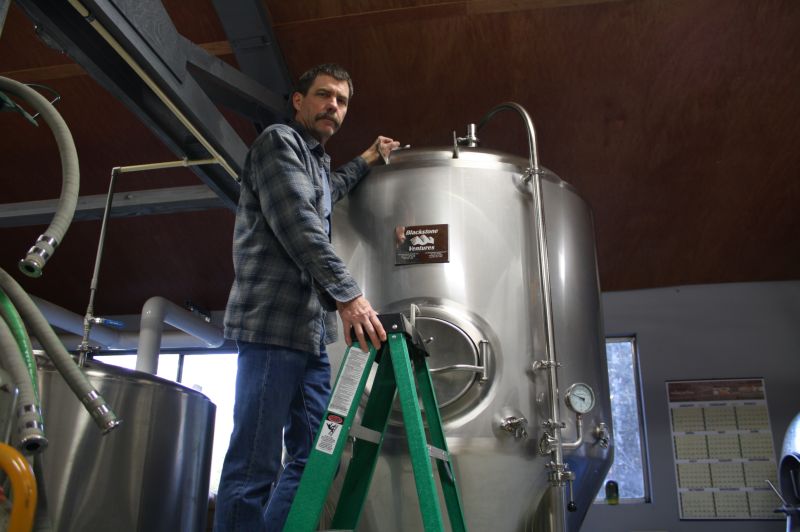 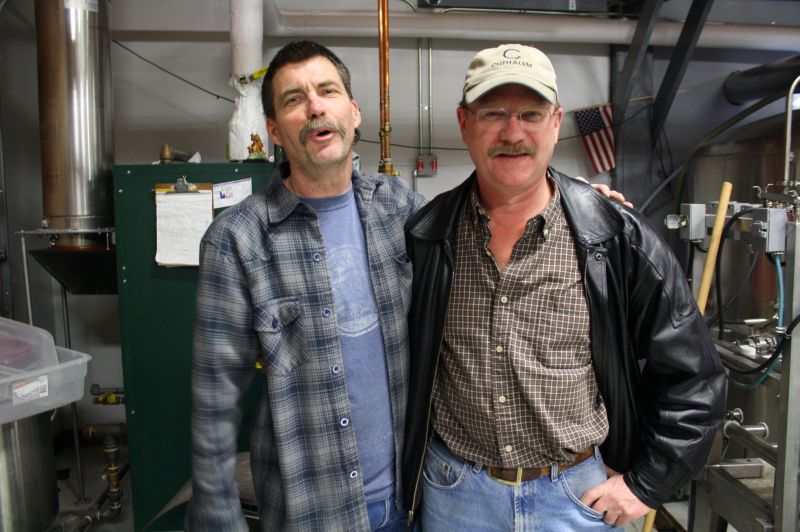