The other day I was listening to Under the Influence on CBC Radio and the topic was sex and advertising. The host, Terry O’Reilly, made reference to Old Milwaukee’s decision to revive the brand by introducing the Swedish Bikini Team. While this ploy did in fact pique interest in the beer it also created problems behind the scenes where the female workers at the brewery felt a hypocritical stance was being taken; sexual harassment is not okay in the work place but bikini clad blondes were the perfect spokespeople for the brand. 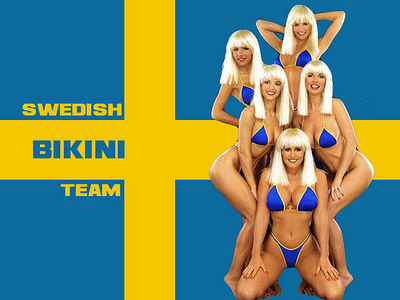 Old Milwaukee insisted they were merely parodying the cliché T&A beer ads of the eighties BUT the parody still incorporated beautiful women with ample T&A front and centre (and rear I suppose). Somewhat skeptical of this rationale, the female workers sued the company. 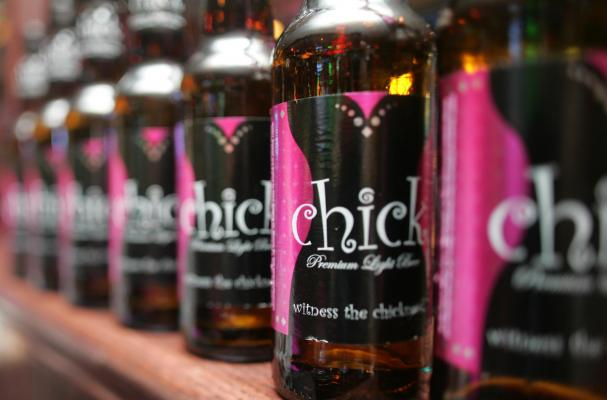 I believe it is fair to say women have a complicated relationship with the brewing world. 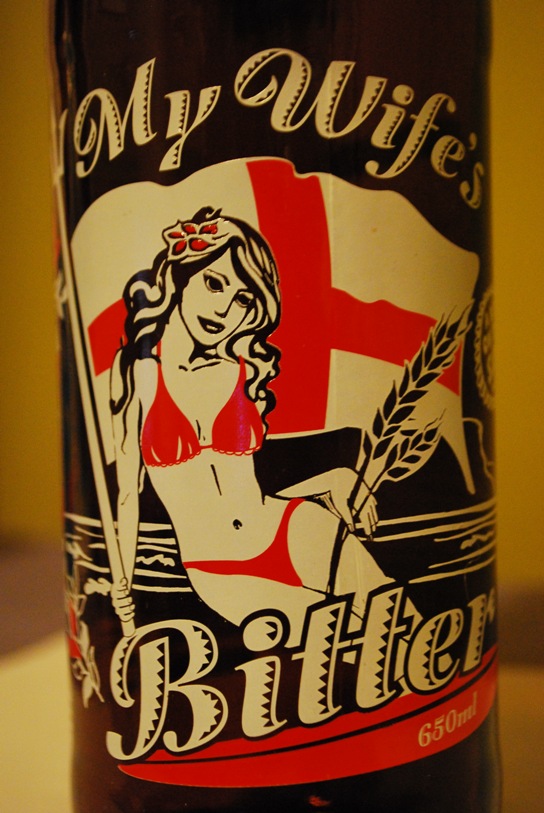 Historically, the purveyance of beer was the exclusive work of women. According to a post from The Beer Chronicles, in the ancient world there was a law making it illegal for men to make or sell beer. Moving into the Middle Ages brewing was just another chore considered to be women’s work. So what changed? Well the Industrial Revolution mechanized and ultimately commoditized the manufacture of beer and ipso facto brewing now became the sole domain of men. This gender segregation between domesticity and economy would have long lasting repercussions. 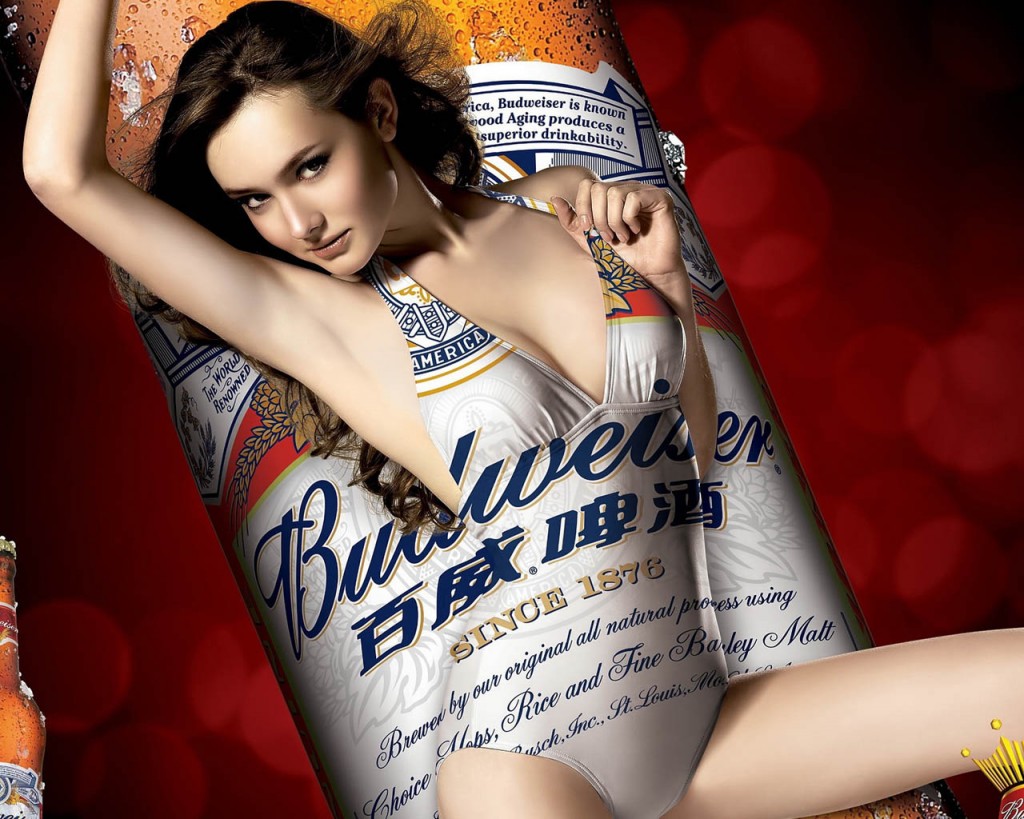 When women once again found a role in the beer world it was not in an enviable or equitable position. The big mass market brews found that the one of the other things (aside from beer and football) that appealed to Joe six-pack was women in varying degrees of very small clothing. At this point in time, women and beer meant babes in bikinis or Bavarian costumes not babes as brewmasters or beer judges. 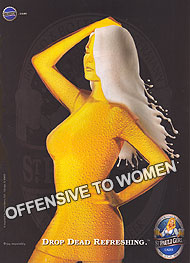 As the craft beer scene began to take root many women, previously alienated from the beer market, once again picked up their steins and said me too! 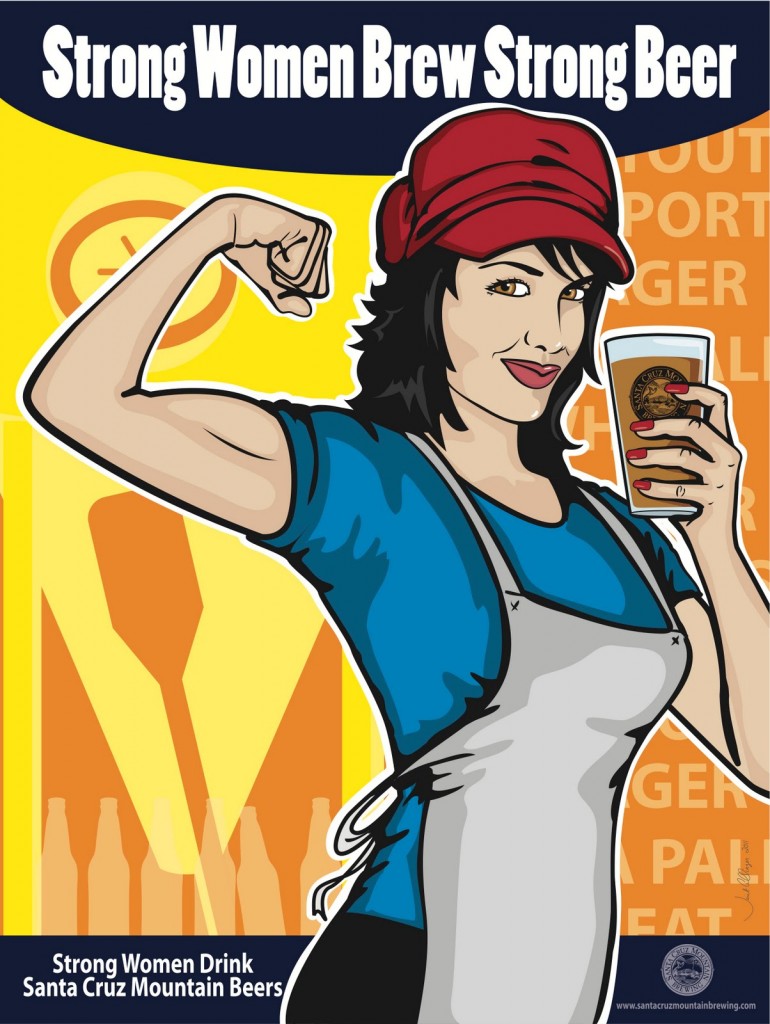 According to Realbeer.com, women drink an impressive 25% of the beer sold in the United States and this percentage only continues to rise. Blogs like Girls Love Beer Too, Women Enjoying Beer, and Daughters of Beer draw attention to the fact that, wait a minute, women appreciate beer as much as their male counterparts. There are courses and associations entirely devoted to educating women and increasing our presence on the brewing scene. According to the website Chicks Love Beer, the first microbrewery founded by a woman opened in Pennsylvania in 1987. There are literally women in every aspect of the brewing world from distribution, to importation, to sales, to Cicerones. 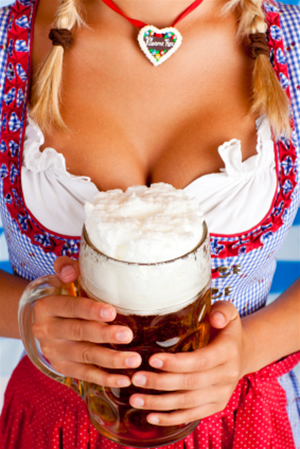 Yet somehow the tired cliché of the Bavarian bombshell seems unwilling to die out. 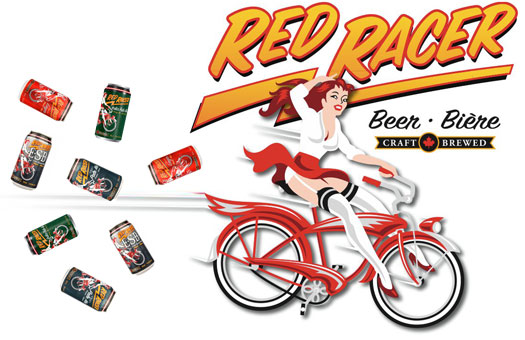 Let’s take a for instance. As a recent volunteer at a local beer fest I was given what I assume was the girl’s version of the server shirt. Small and tight with a deep v-neck –one version even sported a subtle reference to ‘cans’. Many craft brewers continue to produce beer labels depicting scantily clad women. To be fair, one could make the argument that these depictions are artistic or satirical or kitsch but one point to consider is why we feel we need to equate beer with a sexy woman: beer is a consumable product, it is an indulgence, it is used and then it is thrown away. Beer for thought perhaps? 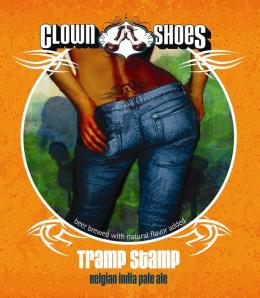 Thanks to http://www.cbc.ca/undertheinfluence/season-1/2012/04/21/sex-in-advertising-1 and countless beer blogs and blog posts about women, for women and by women.