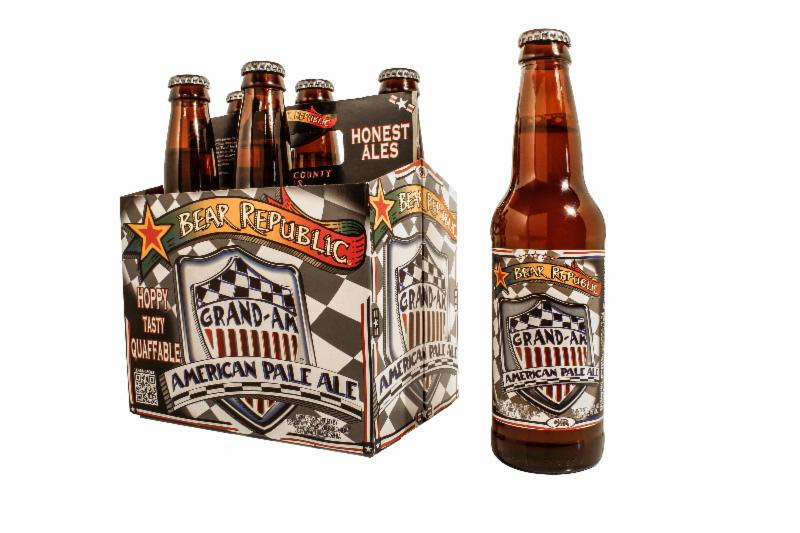 Bear Republic Brewing Company® is proud to announce that Grand-Am™ will now be available in 12 oz. six-packs. A new national pale ale release, Grand-American or Grand-Am™ is a quaffable and sessionable ale that truly represents the West Coast style.

“We are very happy to be releasing our American Pale Ale, Grand-Am™ to the public in bottles for the first time this spring. Replacing XP Pale Ale™ in our year-round lineup, we feel that it truly measures up to its comrades in the “Racer” family and has solidified its place at Bear Republic,” states Brewmaster and COO Richard Norgrove.

Bear Republic will roll out its release during the month of April, starting with an initial first round to begin at the brewpub in Healdsburg on April 5. During April 5-6, Bear Republic invites you to stop in for a special epicurean pairing of Grand-Am™ with local cheeses and salami, for just $18.

The initial release is to select markets listed below on April 7, with full national distribution to follow by April 15, and export shipments available by May 1.

To find out where you can find a six-pack near you, visit www.bearrepublic.com/bear-tracker.

About the Beer:
Grand-Am™ won the Gold Award at the 2013 California State Fair in the American Pale Ale category.