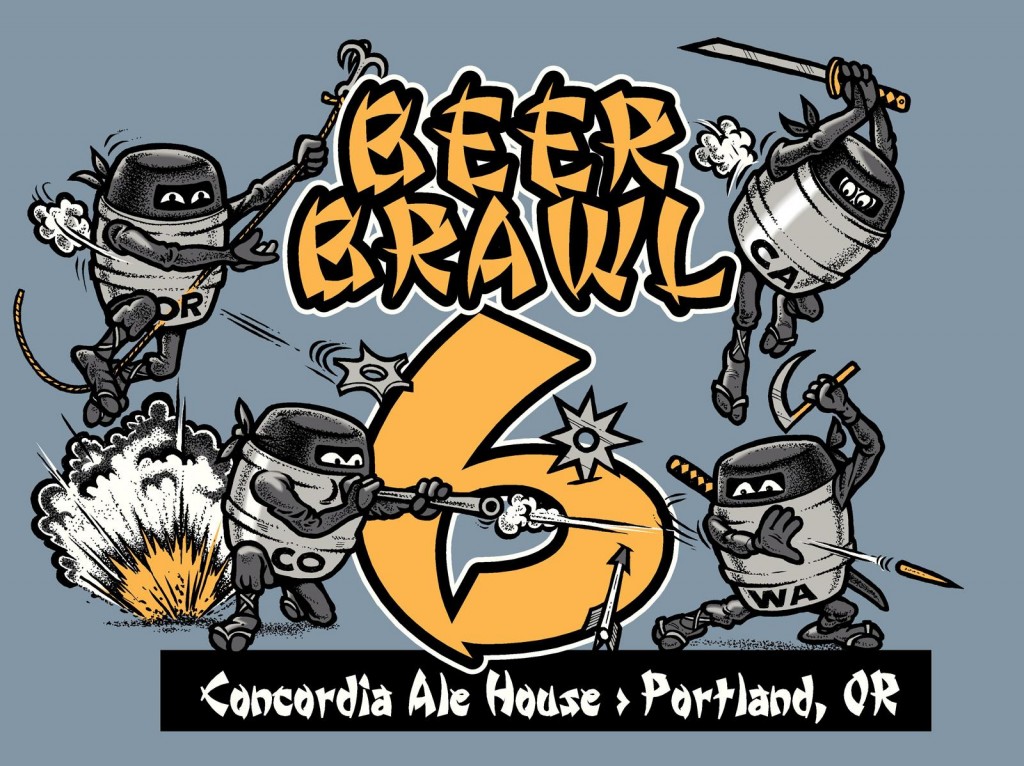 February 25 through March 3, 2013 marks the dates for Concordia Ale House‘s biggest event of the year. The sixth annual Beer Brawl squares off breweries from Oregon, Washington, California, and Colorado to determine one champion. Washington state has taken three of the last Beer Brawls and four or the five thus far. Home team Oregon has taken but one crown in the half decade of brawling at the pub, a blind tasting tray that customers decide upon to determine the annual champ.

For this year’s Beer Brawl, Colorado has been added to the fold. The first Beer Brawl was a head-to-head between Oregon and Washington. It wasn’t until the second year that California was added. New Belgium Brewing’s Jamie Masten will serve as captain for Colorado, choosing beers from three categories including pale ale, IPA, and a brewer’s choice wild card. New Belgium gets to captain the squad after the brewery took first place at the Colorado Cup at Concordia last month with their 1554 Black beer. 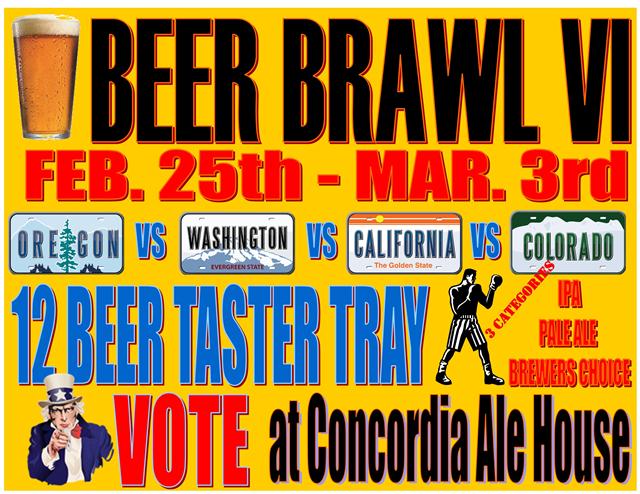 For Beer Brawl 6, twelve beers will be offered on a blind tasting tray (three from each state involved). The winner takes home the crown of champion for 2013. There will also be a most outstanding beer award to the top vote-getting brew. Oregon has taken this title, twice by Deschutes with Hop Henge and Armory XPA, and most recently with Boneyard Beer’s Hop Venom. Who will win this year? Check it out and help decide. 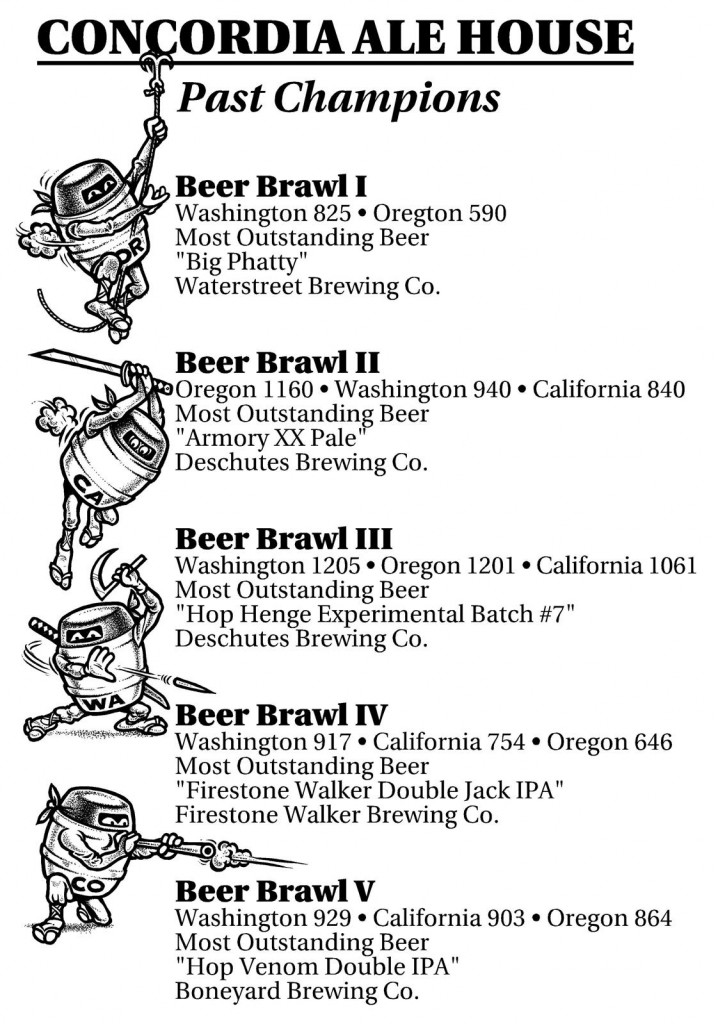