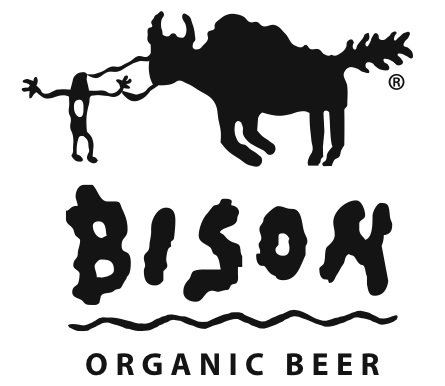 This week, Bison Organic Brewing of Berkeley, CA hits the road and visits Portland for three unique and delicious events. 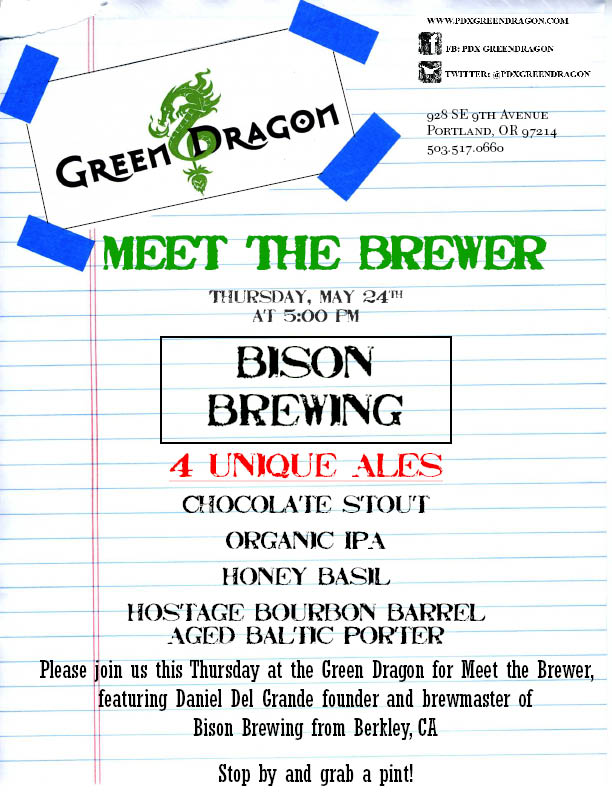 A special installment of The Green Dragon‘s (928 SE 9th Ave., Portland, OR) meet the brewer series, this evening will feature Dan Del Grande of Bison Organic Brewing of Berkeley, CA for pours of IPA, Chocolate Stout, Honey Basil, and a rare keg of “Hostage” Bourbon Barrel-aged Baltic Porter. Del Grande will address the crowd and answer questions about his brewery that has been producing 100% certified organic beers since 1989.

Since 1989 Bison Organic Brewing of Berkeley, CA has been at the forefront of sustainable brewing, producing 100% Certified Organic craft beer (even the hops are all organic!). “Craft beer is rarely alone. Organic food and beverage is the nexus of three sustainable activities in our modern world: socializing with family & friends; knowing that the agriculture practices produced zero pollution to our rivers and streams that harm waterfowl and fisheries, and the farm workers; and celebrating the farmers and food artisans who take the care to make our lives richer with their handiwork.” -owner & brewmaster Daniel Del Grande
For more info on Bison, visit their website: http://bisonbrew.com/