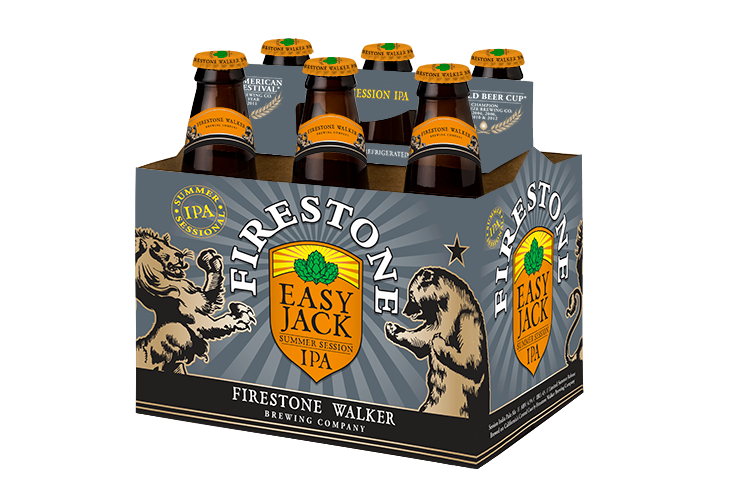 On April 1st, Firestone Walker sent out a press release touting their new summer seasonal, Easy Jack Session IPA. Being that this release was sent out on April Fools day we here at Brewpublic were a bit skeptical about this beer actually seeing the light of day.

Last Saturday we received a few bottles of Easy Jack and sampled them to see how this Session IPA compares to the others out in the marketplace. Our bottles had a bottling date of 4/14/14 so we knew we’d have some fresh beer to sample. Hands down, this is the best Session IPA we’ve had. Not to disparage the others out there on the shelves but this one offers the most body and intriguing hops for any beer under 5% ABV. Not only is this beer a Session IPA that is at 4.5% ABV, this could pass off as an IPA from many other breweries. 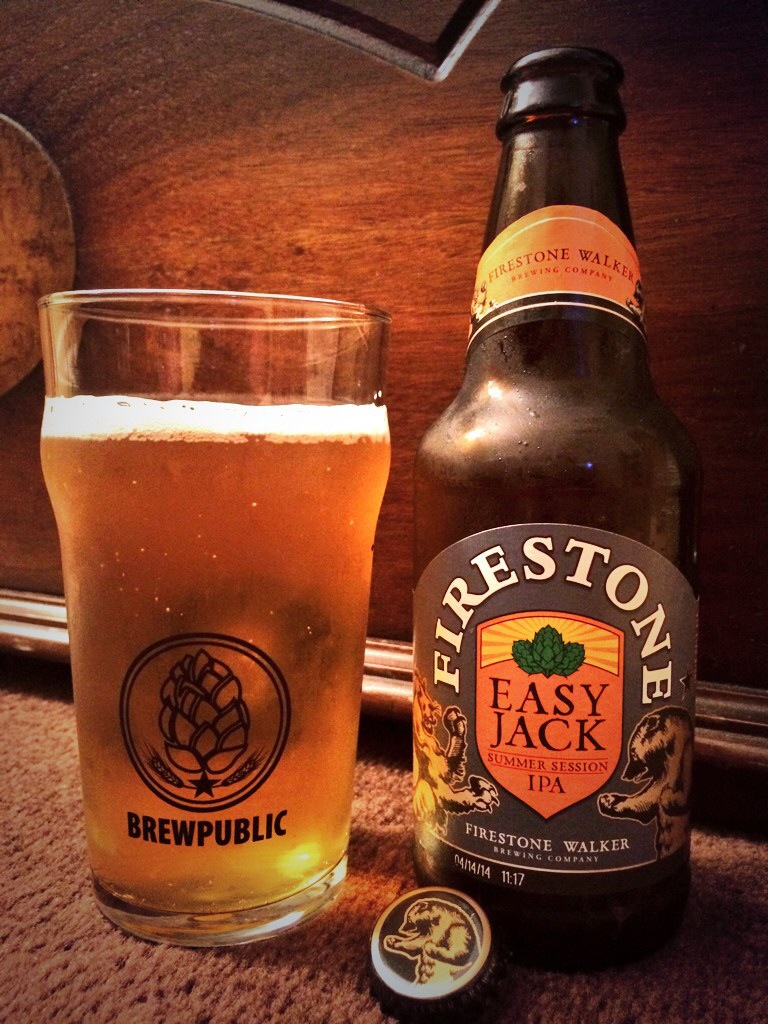 Easy Jack Session IPA is said to have come from a recent mountain top trek from Firestone Walker Brewmaster, Matt Brynildson. Upon Brynildson’s return he came down with a vision of his take on a Session IPA. His version would  be one that is both brewed and dry hopped with a globetrotting selection of newer hop varieties from Europe, New Zealand and North America.

Brynildson foresaw a beer that would deliver massive hop aromas, surprising dimension, a signature malt balance and an empty glass before you knew what hit you. And so the newest member of Firestone Walker’s Jack IPA family was born.

“We didn’t set out to make a miniature IPA,” Brynildson said. “We wanted to start with something more delicate and summery, then carefully turn the hop volume up without sacrificing balance. We were able to pull it off by acquiring this hard-to-get mix of newer hop varieties.”

The result is a drinkable, 24/7, go-anywhere, camping-approved, hipster-friendly and therefore appropriately fashionable Session IPA. He added, “Our goal is more than drinkability. We want to blow your mind with radical flavor and complexity, all at 4.5% alcohol.”

“We painstakingly selected these newer hop varieties in order to get some really unique hop aromas and flavors, and I think that’s what’s going to set this beer apart,” Brynildson said. “We also wanted these hops to express themselves in a way that lends itself to high drinkability. We were thinking about spring and summertime enjoyment from the start, so we wanted it to be light on its feet with this refreshing citrusy character.”

The hops used consisted of ones from Germany, New Zealand and the United States. Here are more details on the four hops used to make Easy Jack.

Easy Jack joins Union Jack, Double Jack and Wookey Jack as the latest IPA in the Firestone Walker lineup. We highly suggest you seek out Easy Jack to have as your go to session beer. The only thing better could be is if this was available in cans for all of our outdoor summer activity.