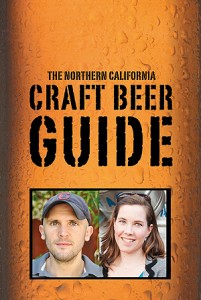 The official launch party for The Northern California Craft Beer Guide will be held at TAPS in Petaluma on Friday, July 13th. Festivities kick off at 7:00 p.m.

The event will feature a Northern California Tap Takeover, highlighting 30 regional craft beers for a delicious and far-reaching tour of the area’s beer scene. In addition to having the book’s author (Ken Weaver) and photographer (Anneliese Schmidt) in attendance, we’ll also be welcoming a plethora (!) of the region’s top brewers to the party. Representatives from local bookseller Copperfield’s will be handling book sales.

Open to the public. Pay as you go. Travel safely.

Over the past thirty-plus years, the U.S. beer industry has transformed itself from the butt of international jokes to the most innovative and delicious beer culture on the planet. No region has been more influential in helping shape and inspire this country’s craft beer movement than Northern California. Encompassing over 300 entries—including breweries, beer bars, restaurants, bottle shops…and so much more—The Northern California Craft Beer Guide is the definitive handbook to the artistry, people, and culture of the region’s craft beer scene.