On May 9, 2013 I scored a bottle of Russian River Pliny The Elder IIPA at my local liquor store in Berkeley, CA. It was the freshest bottle of Pliny I’ve ever had the pleasure of opening. You see, the beer was bottled on the same date that I purchased it. In fact, the Russian River Brewing Co. driver arrived just as I was about to leave Pliny-less. Score! 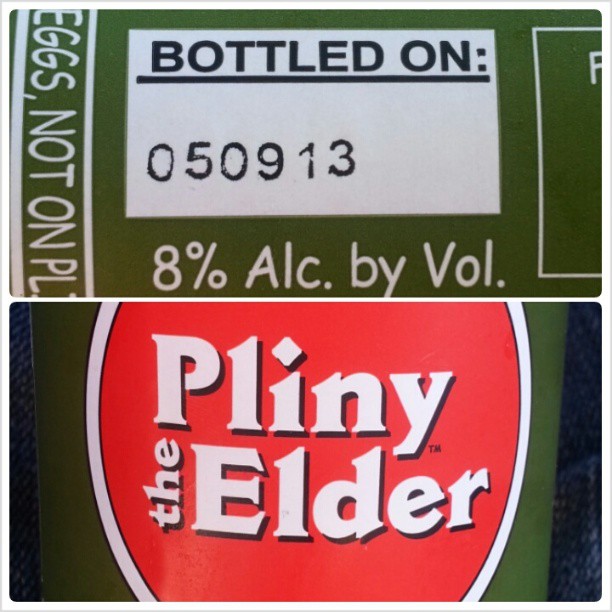 For safe measure, I thought it’d be best to sample a comparable East Coast Imperial India Pale Ale to Pliny. No better offering seemed to fit other than The Alchemist‘s Heady Topper Ale. A bold 8% ABV double hoppy brew, Heady is in the recent never-ending debate as the next best thing over Pliny. This unfiltered and unpasteurized hoppy ale that I sampled, bottled on April 15, 2013, was only 24 days young, was said by its label as best being enjoyed straight from the can. So, directly from the tallboy I did sample: 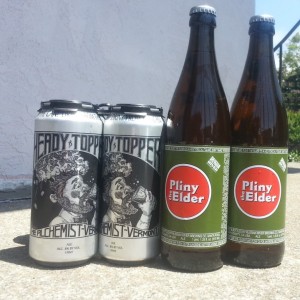 After a close comparison, it’s evident that both Pliny and Heady are two amazingly worthy Imperial IPAs that demand your appraisal. Pliny is undeniably crisp and light bodied for such a stalwart offering. Heady carries a bit more bite but is nonetheless as savory and balanced for such an emboldened style. Same-day Pliny was sourced locally was an obvious winner due to logistics and undeniable freshness. However, you should unquestionably seek out the best locally sourced fresh beer you can find when deciding upon your next liquid craft beer venture.