It’s been pointed out quite a bit over the past few years that collaborative brews is a definite trend in the craft beer industry. 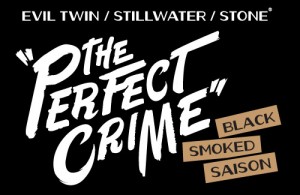 For some collaborative brewing is an opportunity to rub elbows with colleagues in the scene and to pick each others’ brains or to  develop a new and interesting one-off style. For others, it is an excuse to travel and breathe in the craft culture of a different beer environment, sometimes in a new state, country, or continent. Some collaborations happen within a local scene, we’ve seen this a lot in Portland, where friends within the industry delve into teaming up with respected contemporaries to devise and execute new styles. Some collaborative brews are so well-received that a mainstay or seasonal beer is the result. We’ve seen this in Stone-Dogfish Head-Victory’s Saison du Buff which is now a perennial hit to craft beer lovers nationally. Both Stone and Dogfish Head are well known for their slew of collaborative beers over the last decade. Locally in Portland, Upright and Burnside Brewing’s Oyster Stout collab has become a popular semi-regular release for both brewhouses.

Let’s face it, collaboration beers are fun for everyone – brewers, pubs, and craft drinkers. The possibilities are endless and the results are so often greatly creative and noteworthy.

One of Portland, Oregon’s best craft beer bars, Roscoe’s (8105 SE Stark Street) is known for regular fun thematic beer events often known as “summits” to help illustrate publicans Jeremy Lewis and Quyen Ly’s passion for the spectrum of flavor possibilities at our fingertips here. There next summit could prove to be one of their best, because it is a smorgasbord of collabs all under one roof.

This, the second  event of its kind, known as “Collaboration a Trois II” will take place on Friday January 18, 2013 beginning at 5 p.m. At this event, Roscoe’s will be featuring a rare keg of the three-way collaboration between Stone, Evil Twin, and Stillwater known as “Perfect Crime.” 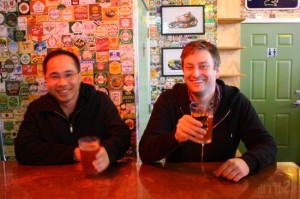 “(The Perfect Crime) is a Black Smoked Saison with a hop kick” says Lewis.  “We will also be featuring additional specialty kegs from each of the three breweries.” Some of the other beers will be: Stone Enjoy By 2.15.13 IPA, Stone 16th Anniversary IPA with green tea leaves, Stillwater 2011 Debauched, Stillwater Premium ‘Post Prohibition’ Style Ale, Evil Twin 2011 Soft Dookie Imperial Stout, and another yet to be announced specialty keg from Evil Twin.  Stone Brewing representative Erin Kemplin will be in attendance to answer questions about her brewery’s offerings. The event looks like a not-to-miss. See you there!

For more information on “The Perfect Crime”, visit Stone’s webpage on it here.