“We started ‘Odd Beers for Odd Years’ in 2011 to focus on Stone’s two longest running annual special releases—Stone Old Guardian Barley Wine and Stone Imperial Russian Stout,” explains Stone CEO and Co-founder Greg Koch. “In this case, ‘Odd’ means a different, new and creative take on the classic version, and it has allowed our brewing team to show off their innovative talent by developing beers like 2011 Stone Old Guardian BELGO Barley Wine and 2013 Stone Old Guardian OAK-SMOKED Barley Wine. We’re always excited to have our fans experience a unique take on each style.” 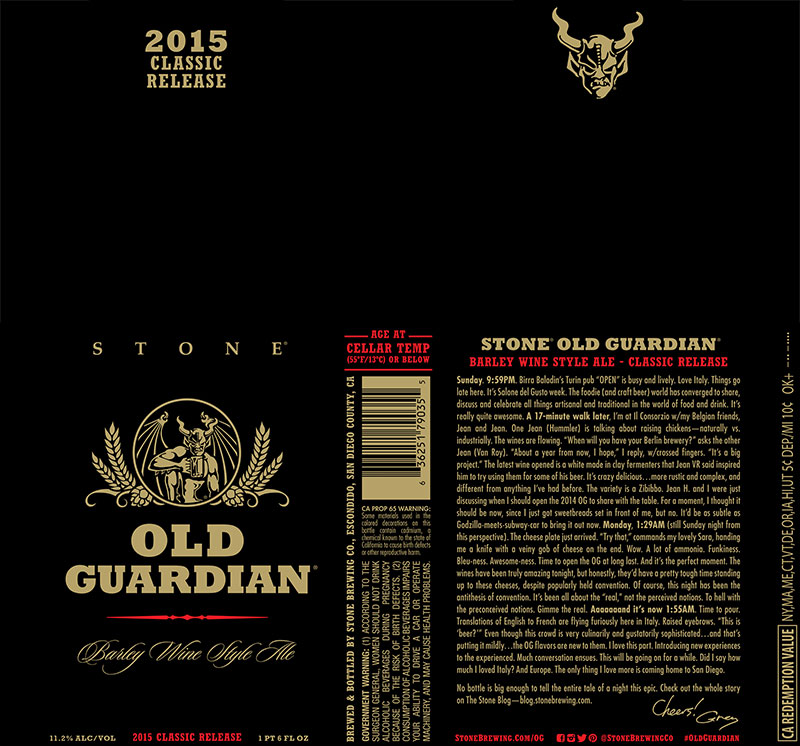 2015 Stone Old Guardian Barley Wine is a rich American-style barley wine that highlights a medley of bready and toffee notes stemming from its heavy malt bill. As the beer begins to warm and open up, fans will discover molasses, banana and subtle tropical fruit flavors. The recipe, created in 1998 by Stone Co-founder and original Brewmaster Steve Wagner, changes only slightly from year to year, and always features a strong hop profile to balance the brawny malt backbone. 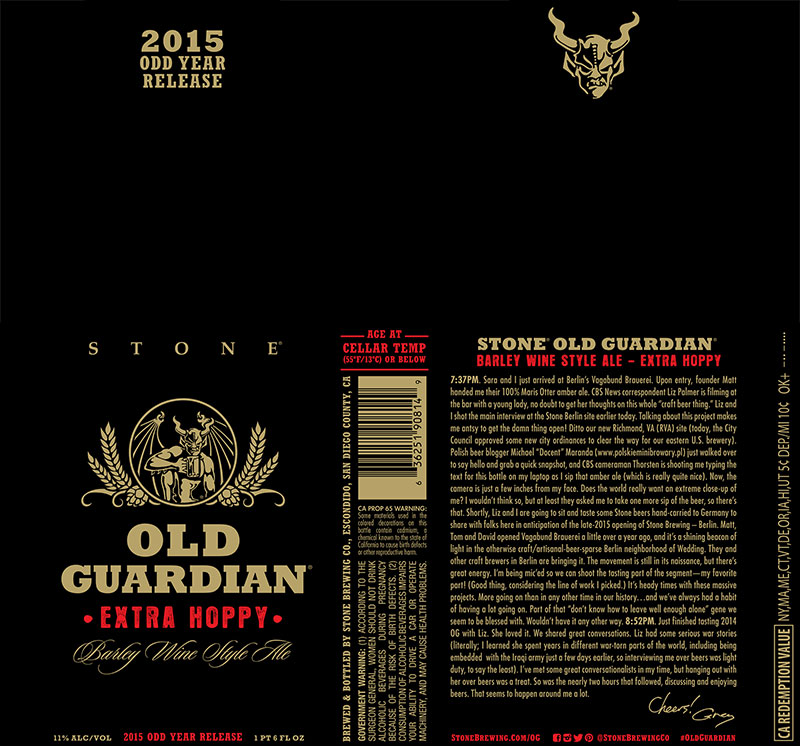 For the 2015 “Odd” version of Stone Old Guardian Barley Wine, current Brewmaster Mitch Steele decided to develop an über hopped interpretation of the beer. Steele and the Stone Brewing team wanted to showcase the attributes of the new Azacca hop varietal (which we think kind of sounds like the name of an all-powerful genie), so copious amounts were used to dry-hop the base recipe, which gives the beer a big candied-fruit character and citrus, pineapple aromatics. Just pop open the bottle to release the genie; no rubbing required. Some wishes granted on request. Others not. No telling which. 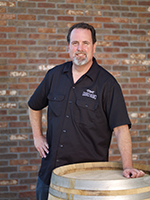 Classic Release Tasting notes, provided by Stone Brewmaster Mitch Steele
Appearance: Deep amber with a creamy tan head and light haze.
Aroma: A blend of bready and banana yeast esters, toffee malt flavors and citrus hops. Allowing the beer to warm to 50°-55°F really allows the malt and hop character to come through.
Taste: Flavor is rich and malty, with a pronounced yeasty ester profile. It finishes with light citrus and tropical fruit hop flavors.
Palate: Rich and smooth up front. At mid-palate, the beer transitions to a pleasant dryness and lingering hop bitterness with a slight alcohol heat on the finish.
Overall: We sometimes make small adjustments to the recipe, but this year we left it the same as what we brewed in 2014. It’s a well-rounded, complex beer that is ready to drink now or can be aged at cellar temperature for many years.