What can one say about Firestone Walker Brewing Co. other than their commitment to excellence appears unparalleled in today’s brewing world. Perennial winners of some of the most prestigious and coveted awards in brewing industry, the Paso Robles brewhouse has asserted itself as a leader in the field since opening in 1996. Located in a region of Central California more known for excellence in artisan winemaking, Firestone Walker has claimed top honors amongst midsized breweries at the World Beer Cup (2004, 2006, 2010, 2012). Lead by chemist and brewmaster Matt Brynildson, Firestone Walker has forged the way of setting a high bar for both consistency and creativity in the American craft beer market. With the reception of craft beer in the North America constantly growing, Firestone Walker, like many other breweries, also continues with expansion efforts to allow them to reach a greater audience. “Our brewery is a cutting-edge facility, right down to the bottling line,” Brynildson says. “This is enabling me to take Firestone Walker beers to the next level.” 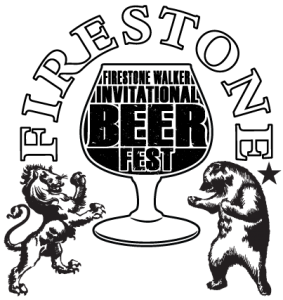 As further evidence that Firestone Walker is committed to the appreciation and nurturing of a world replete with a delicious smorgasbord of flavorsome ales and lagers, the brewery recently hosted their first annual Invitational Beer Festival at the California Mid-State Fairgrounds in their hometown. Specific well-respected breweries from around the United States and beyond were invited to participate in this one-of-a-kind event, many of which have never before been distributed in the region or the West Coast for that matter. This included some special breweries from back East like Bells, Three Floyds, Founders, Southern Tier, Sun King, Revolution, Odell, Mikkeller (Denmark), Yo-Ho (Japan), and more. In a statement printed in the festival’s guidebook, Brynildson explains that the festival “was born from a dream of creating a world class festival featuring not only the best brewers in the world, but brewers whom we feel are leaders in the craft beer revolution.” while adding “This is a day where we can all put down our sales and marketing pitches and simply commune and share our beers and stories with people who are truly interested in craft beer. The ground rules are simple. Bring a session beer and a special beer accompanied by the artisan who created it. Brewers, their beers, good music and folks who care.” Upon landing in the Bay Area of California, I received a text from my friend Jay Webb at Portland U-Brew telling me that I should get in touch with his buddy Ryan Hirscht who was an Oregonian living in Berkeley where I was. Ryan brewed at Fanno Creek Brewpub in Tigard, OR with Jay before a period with BridgePort Brewing in Portland. Still with the parent company Gambrinus, Ryan is currently a brewer at Trumer Brauerei in Berkeley. Ryan had an extra ticket for the fest, as Trumer was one of the elite 40 breweries to be invited to the Firestone Walker First Invitational Beer Fest.

On Friday June 8th, we headed south from the East Bay down to Paso Robles. The sun was high in the sky and it was quite warm. We knew it’d only be getting warmer as we progressed southward, but found comfort in a gusting wing that persisted to blow and would throughout the weekend. The fest was to begin the next day at 1 p.m. and last until 6 p.m. After stopping briefly for lunch in Salinas about two hours to the south, we eventually landed in Paso where we made our way over to the Firestone Walker brewpub to pick up our brewers badges and tote full of swag. Here on the patio was a reception for the attending brewers and media where complimentary glasses of the brewery’s beer was served up. Not sticking around here for long, we made our way a bit back to the north to the fairgrounds to get settled in and throw up our tents. On a small divvied up parcel of lawn  near the entrance and just behind the main stage, we found our camp site in a sparsely shaded ground. Fortunately for us, our allotted camp site was bestowed with a welcomed shade-bearing tree. We immediately made friends with several folks who were getting set up as well, including the Southern Californian beer website guys from Beers In Paradise. After a few beers and a few more I took in the delectable sound check sounds of the next day’s headlining band, The Mother Hips, an old favorite of mine for quite some time. The night eventually began to wind down around our group’s camp fire where Ryan and others played guitar and sang songs. I met up with fellow Oregonian’s Tony Lawrence and his partner Lisa from Boneyard Beer in Bend. They were to be one of two breweries from the Beaver State (Full Sail the other) to be invited to this fun event. Tony and Lisa treated me to some sessionable light lagers before we headed into town for some cocktails at the Pine Street Saloon, described by the place as “the last of the old-time beverage-purveying establishments of a bygone era.” It was karaoke night and before I knew it I was three-and-a-half sheets to the wind and staggering back to the campsite blindly in the dark. I eventually made my way into my tent and was out before my head hit the pillow. Even before the main event, the stay in Paso was proving quite spectacular already. Saturday morning arrived abruptly with a more beaming sun rays, the persisting breeze, and the smell of coffee being brewed on a gas grill. The residual grogginess of my head was soon after washed away with the help of a few plastic cups worth of cold Trumer. By 11 o’clock in the morning, a large crowd was pushing in on the gates anxious to get their taste buds involved with this first of its kind undertaking. Our all access brewers badges allowed for access to brewers meals which catered almost exclusively to those of a carnivorous diet. So, if you are a vegetarian, especially a vegan, like at most beer events, make sure to come prepared and bring your own food. Of all the breweries pouring on this great day, my favorite offerings were being served up by Bell’s Brewery of Kalamazoo, Michigan. Their session beer was called “Oarsman.” It was a classic Berliner Weiss-style brew with the perfect tart lemony twang to accent a bready wheat and pilsner malt base. Bell’s rare beer offering was their “Wild One”, a wood-barrel blend of various soured ales with lots of fruitiness and subtle tannic qualities. The play of wild yeast and other bacteria reminded me of Deschutes Dissident, one of my favorite beers of all time. The hometown heroes at Firestone delivered a rotating selection of their quenching beer throughout the grounds. They even featured a tremendously rewarding Pilsner lager, a style I’d been yet to try from them. Co-founder David Walker, like many of the featured brewers, was found serving up his own beers on this fine day. So, as you might surmise, Firestone Walker’s First Invitational Beer Fest was a lot to take in. Lots of sights, smells, sounds, and more magical malted marvels than any human beer geek could ask for. It was quite daunting really. My only regret is that I don’t own a time machine to travel back to sample some brews that I missed. To be honest, even when sampled in small portions, my palate was downright wrecked. I suppose that is par for the course at something so awesome as this. Thank you to all of the folks at Firestone Walker and the participating breweries for putting together one of the best beer festivals I have yet to experience. I know I probably neglected to mention a number of other of otherwise memorable occurrences from this epic event, but hey, I had a barrel of fun. And, I’ve got the scars to prove it. Cheers!

To view all of our photos from Firestone Walker’s 1st Annual Invitational Beer Fest click here.