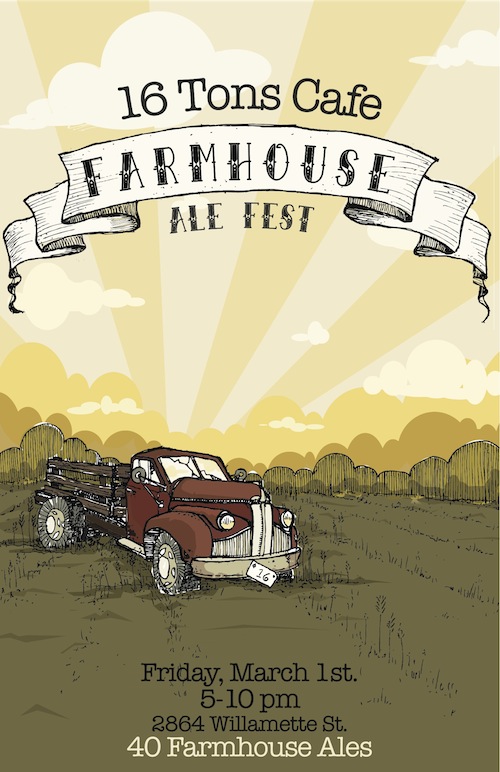 On Friday March 1, 16 Tons Cafe, the premiere beer destination in South Eugene, presents our 1st annual Farmhouse Ale Fest featuring 40 beers made in the French farmhouse tradition. Including special releases from Oakshire, Block 15, Agrarian Ales, Upright, The Commons, Logsdon, Pfriem, Ale Apothecary and other Oregon breweries. Farmhouse ales were traditionally brewed in the winter, to be consumed in spring and summer. Once an endangered beer style, a massive revival has recently taken place. Flavors are complex and include earthiness, fruit tartness, and mild spice. Logsdon and Agrarian produce their ales on working farms!

On Friday March 15, Cider Fest takes center stage at 16 Tons Cafe. According to the Northwest Cider Association Cider is the fastest growing segments in craft beverages. Many cideries such as Yakima Valley’s Tieton grow their own apples, truly connecting the farm to the table. Local producers 2 Towns from Corvallis and Anthem from Salem will be on hand to answer questions about their products. Featured Ciders include those aged in Wine Barrels, Bourbon Barrels, infused with Apricots, Cherries, and other fruit. Many of the Ciders are from single orchards. 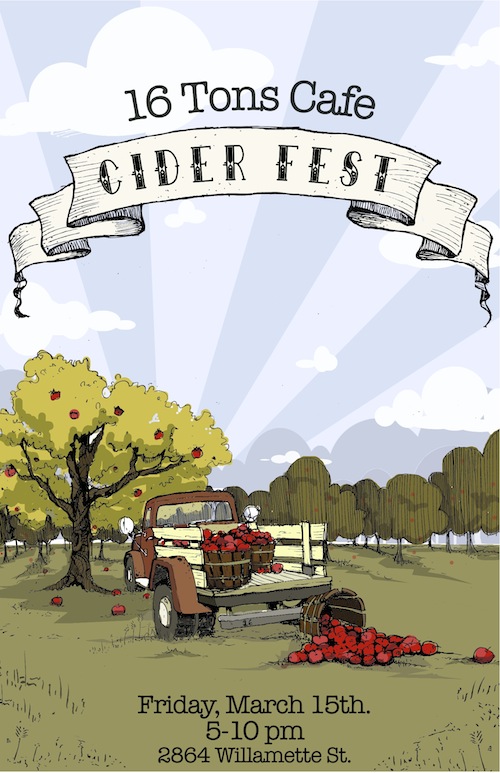 The Festivals provide a unique opportunity to sample seasonal, one off, and rare beers from renowned brewers. For the novice and the experienced beer enthusiast this event is an incredibly fun opportunity to sample and savor some of the most sought after beers in the world. Bring your friends and share some sips.

About 16 Tons: Offering Eugene’s largest selection of fresh draft beer to go in Growlers (eco friendly reusable beer containers). 16 Tons has a combined 30 taps of rotating craft beers that are available to go or by the pint. 16 Tons Taphouse offers a constantly evolving and updated selection of 300+ craft beers and 250+ wines in bottles, Sake, Cider, and more. Taphouse located on the corner of 13th & High St and Cafe located in Woodfield Station at 2864 Willamette. Info: Mike Coplin (541) 953-2530, mike@sixteentons.biz