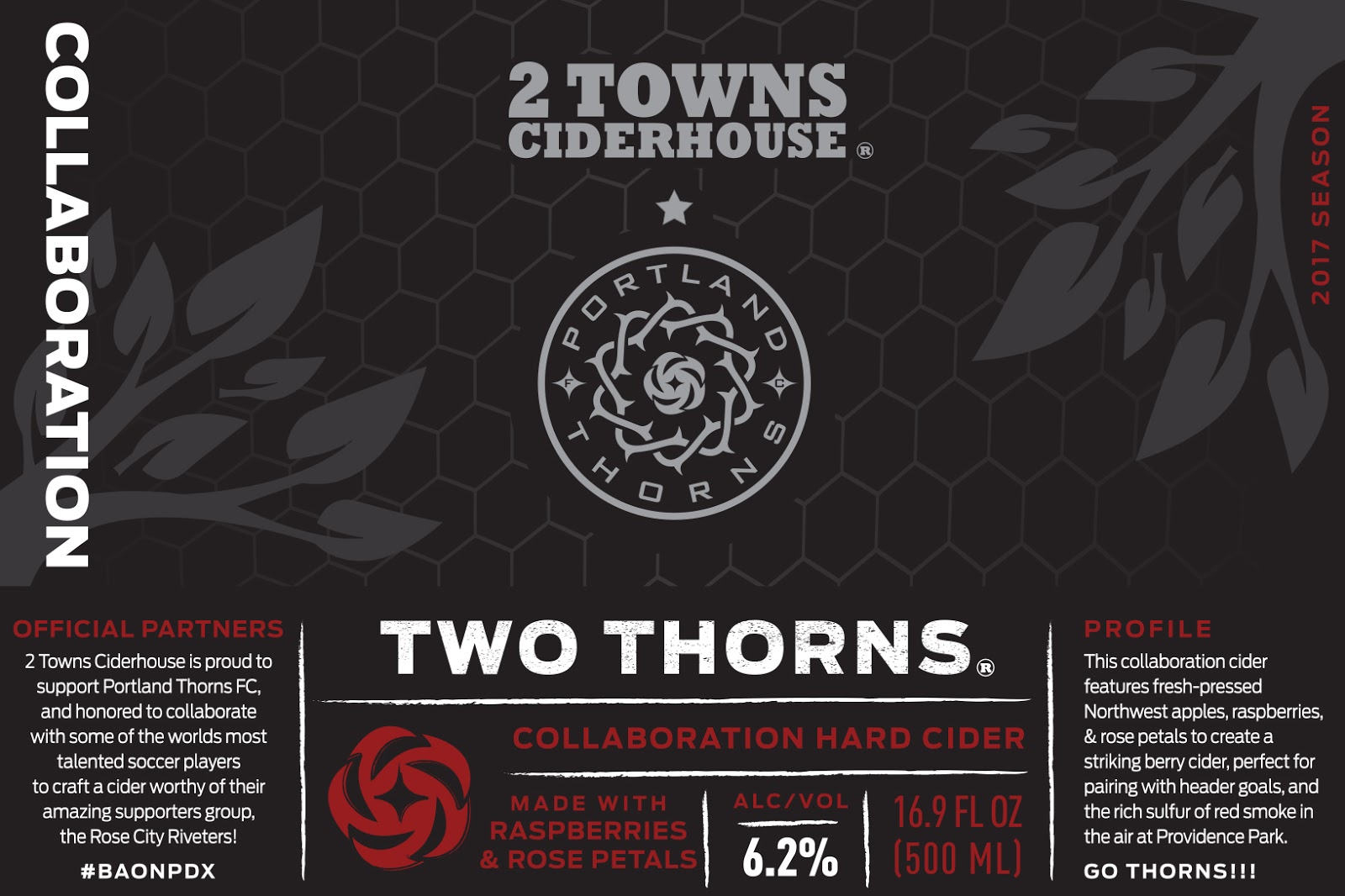 When the Portland Thorns FC take to the pitch on Saturday, 2 Towns Ciderhouse has collaborated with the women’s football club on Two Thorns. This collaboration marks the second year the two entities have partnered on this 100 percent fresh-pressed Northwest apples and raspberries with added damask rose petals for a specialty cider that is floral and tart.

“The Portland Thorns’ hard work and dedication is apparent every time they step foot on the pitch. We are honored to collaborate with this team to craft a cider that celebrates the club and its passionate supporters,”  said Scott Bugni,  marketing director at 2  Towns Ciderhouse in a news release. “The first goal of the season will be that much sweeter for Thorns and 2 Towns fans when they cheers with a rosy pint of the team’s very own cider!”

Two Thorns is officially being released at Providence Park as the Thorns FC open the 2017 NWSL season at home Saturday, April 15, against the Orlando Pride. The match will be featured in the first NWSL Game of the Week on Lifetime as kickoff is set for Noon (Pacific).

Available in Oregon, Two Thorns is slated to be available throughout the Thorns’ season in 500 mL bottles, ⅙ BBL and ½ BBLl kegs through Columbia Distribution.