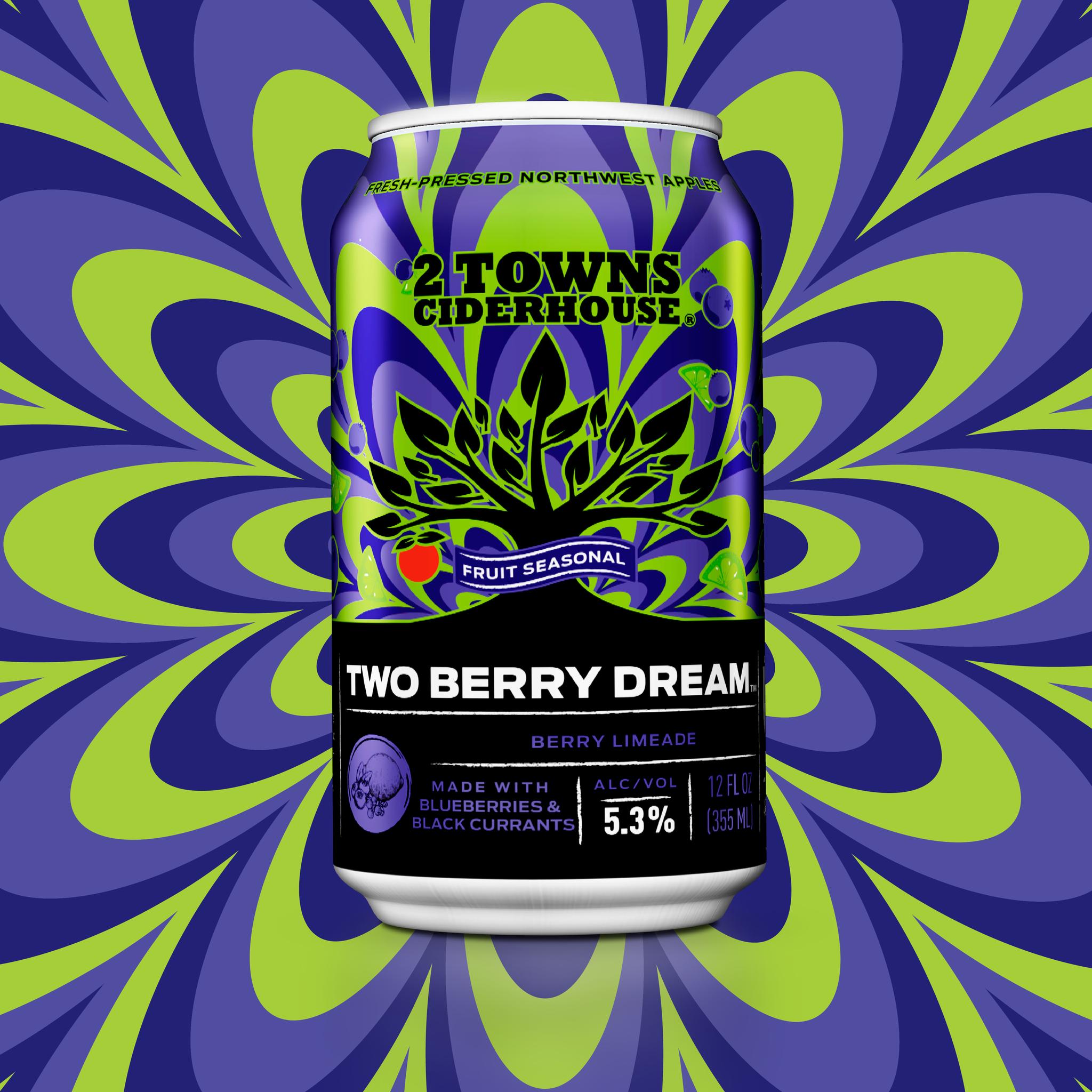 Created for the warm days of summer, 2 Towns Ciderhouse launches the new summer seasonal cider, Two Berry Dream. Set to hit stores and taps during the month of July, it’ll be the perfect summer quencher that’s both tangy and fresh.

“The marriage of blueberries and black currants in this cider is exquisite ,” said Dave Takush, head cider maker. “With all the unfiltered key lime juice, it’s the epitome of summer enjoyment–think blueberry limeade at a country fair.”