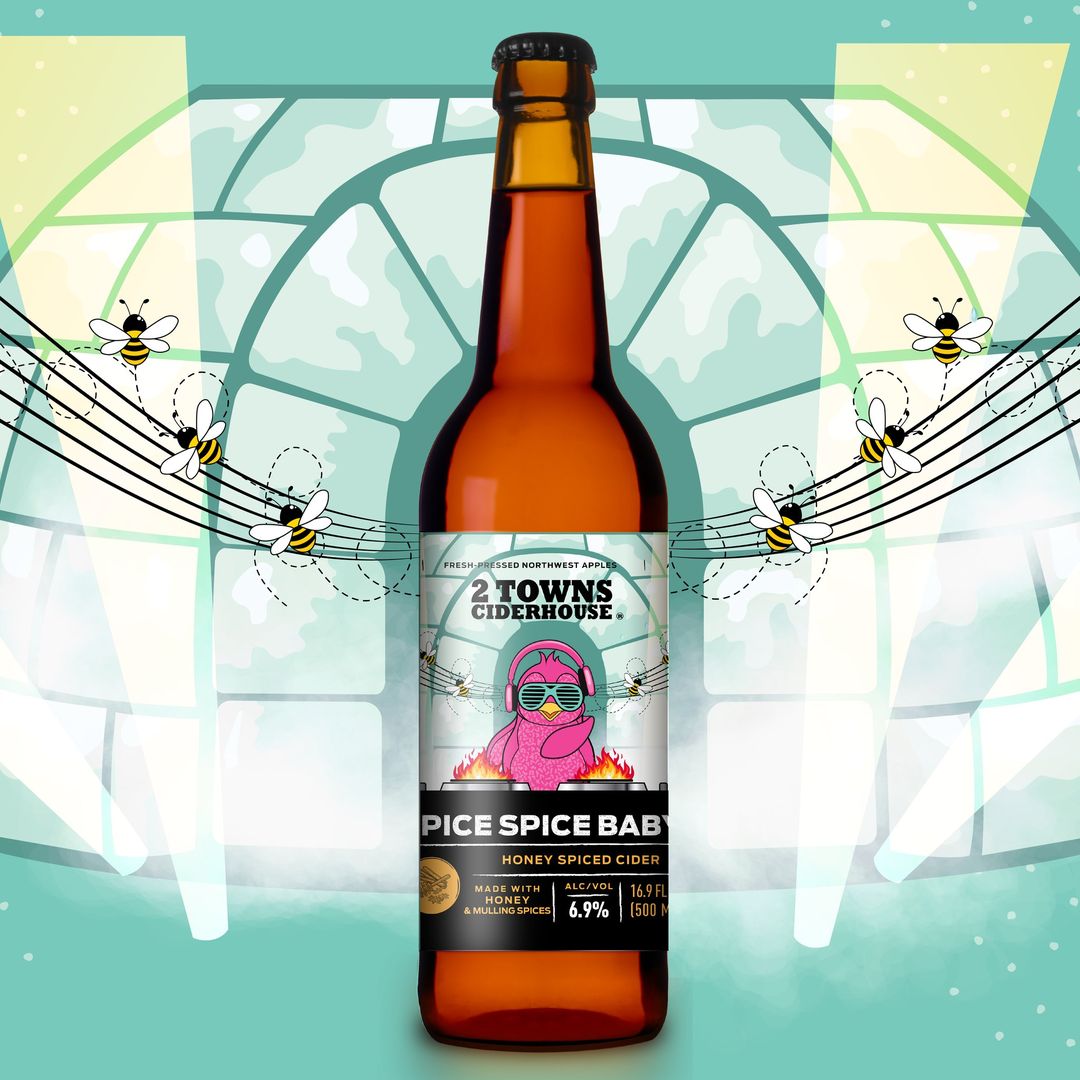 A new winter inspired cider debuts from 2 Towns Ciderhouse as the final release in the cidermaker’s 2022 Limited Release Series. Spice Spice Baby, a spiced winter warmer cider is beginning to hit distribution in 500mL bottles and on draft.

Spice Spice Baby is crafted with fresh-pressed Northwest apples, local Northwest honey, toasted oak, and a blend of cinnamon, clove, allspice, and star anise, This new cider is described a being coxy and full of spice at 6.9% ABV.