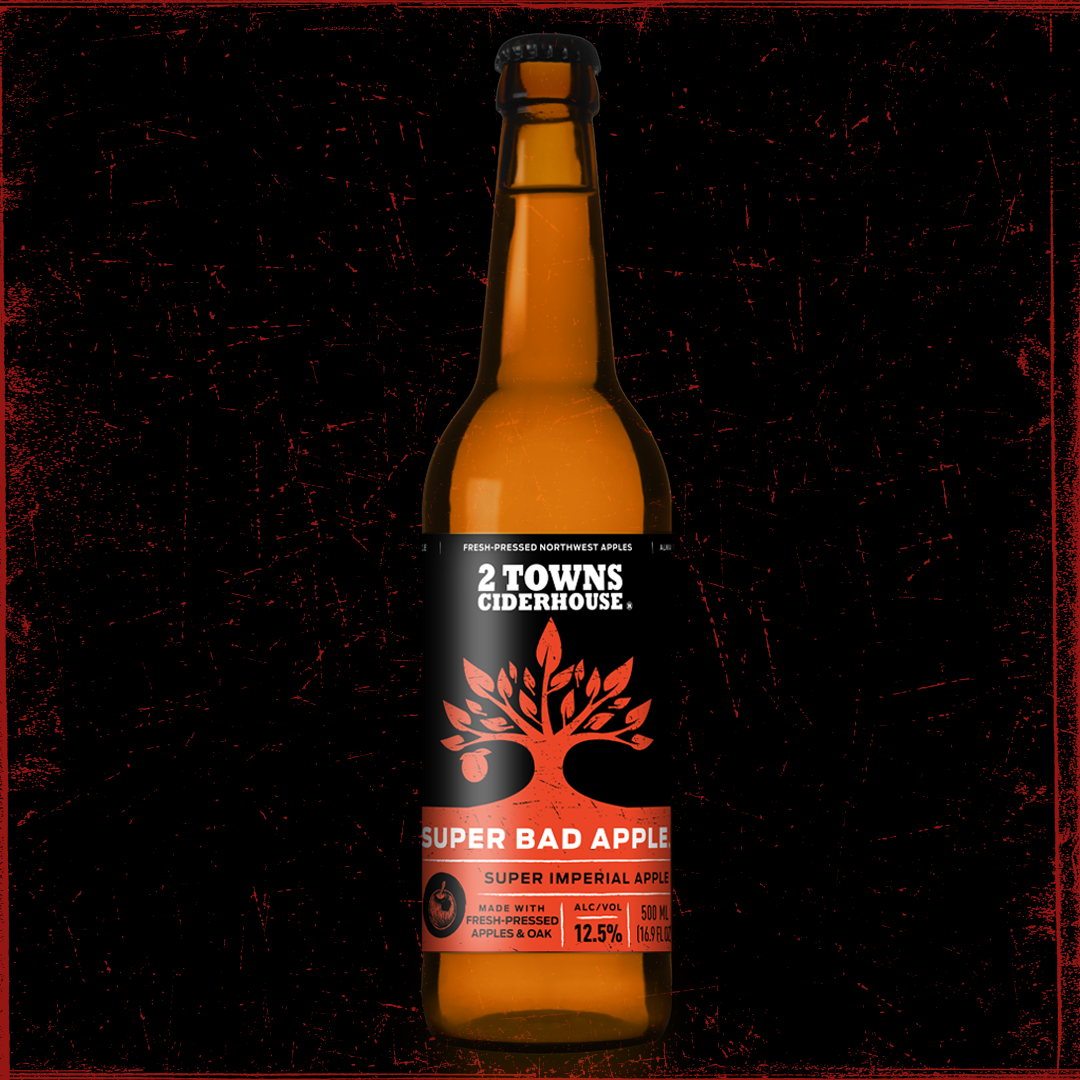 A bigger, bolder and badder Bad Apple has debuted from 2 Towns Ciderhouse with the launch of Super Bad Apple. This imperial-style cider is full of fresh apple flavor packed into a 500mL bottle that sits at a whopping 12.5% ABV.

Super Bad Apple follows a wildly successful cider, The Bad Apple, originally launched in 2010, and has become the #1 selling single-serve craft cider in the country.  Well-known for its high ABV and unique oak and meadow flower honey character, The Bad Apple is most famous for its historic contribution to the cider world by being the first coined “Imperial-style” cider.

“We were trying to decide on how to position this unique, tasty, high ABV cider, and couldn’t find anything like it out on the market. So we took a page from our friends in the beer industry, and came up with ‘Imperial-style cider’, thinking that would resonate the most for our fans,” said Lee Larsen, CEO, and co-founder of 2 Towns Ciderhouse, in a statement. “It’s been exciting  to see this style evolve into an entire cider category now.”

As it continues to push the ABV boundaries of craft cider, Super Bad Apple uses a colossal amount of fresh-pressed apple cider, and delivering a very fruit-forward, strong apple character with the perfect amount of sweetness.

“Undoubtedly, Super Bad is super good,” says Dave Takush, head cider maker, in a statement. “The Bad Apple fans will find the amped-up notes of fresh-pressed apples of Super Bad Apple layered with a touch of sweetness to be the perfect sequel to their OG fav.”