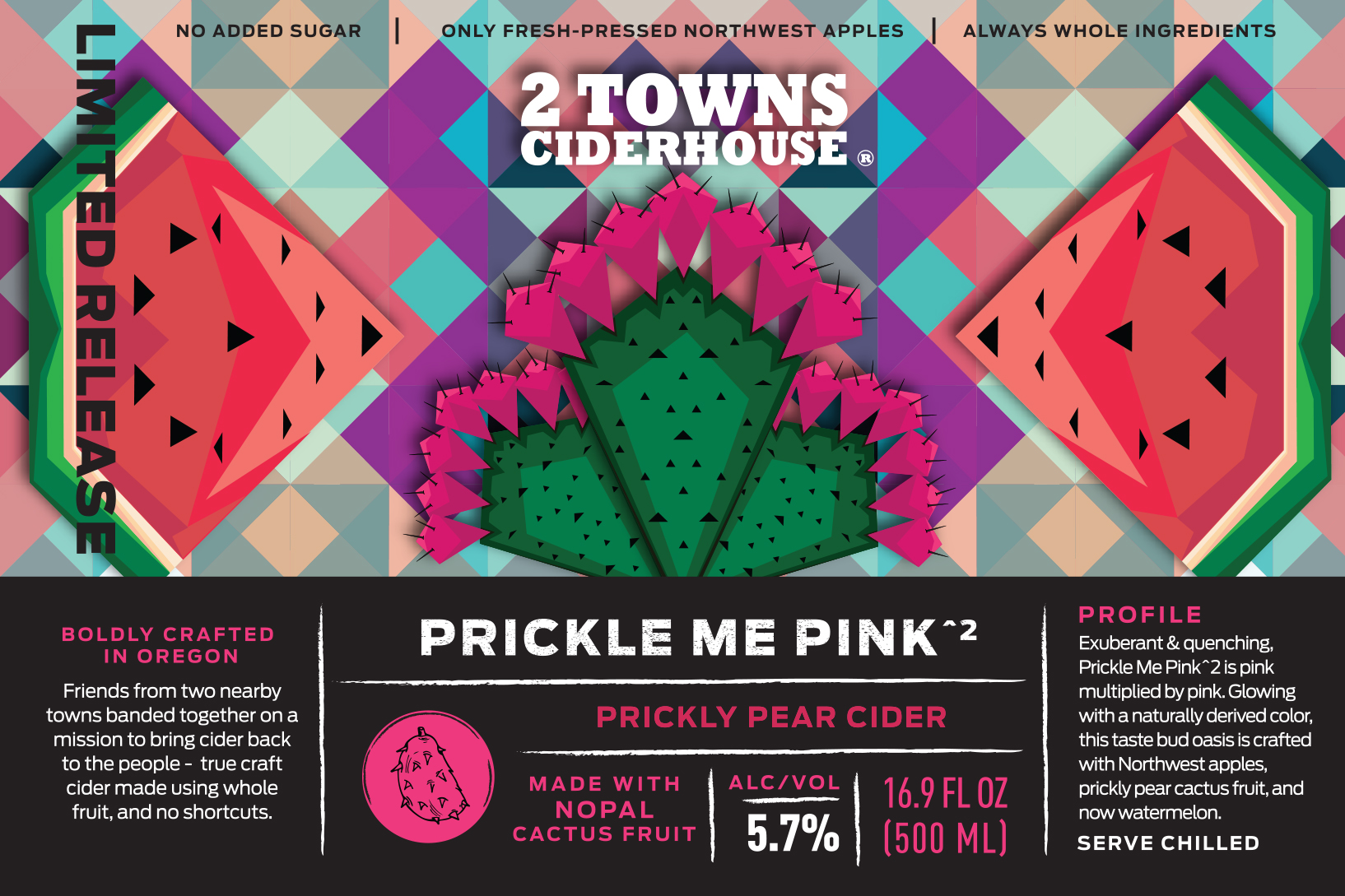 Oregon’s largest cider maker is back at it with two new cider releases to kick off the month of June. 2 Towns Ciderhouse has just released its latest iteration of Prickle Me Pink^2 and a new summer seasonal with Hop & Stalk both available 2 Towns Ciderhouse’s distribution footprint.
After sharing a bottle of Prickle Me Pink^2 with Canal MacWhaler on Saturday we highly recommend this cider. This cider pours a beautiful pink hue and offers a flavor of prickly pear cactus fruit alongside faint watermelon flavors. The watermelon offers a nice accent to the apples but does not overwhelm the cider.

“This year we added northwest grown watermelon, which just amped up the already intense watermelon and fruit character of the prickly pears. It’s a stand-alone cider with really zippy, bright and lasting summer flavors. If you’re wondering what to pair it with, we’d suggest a watergun fight set to the tunes of Wham,“ said Dave Takush, head cider maker at 2 Towns Ciderhouse in a statement. “Hop & Stalk, our summer seasonal hopped cider really embodies the hard-to-contain energy of this time of year. We all want to get outside and go-go! Hop & Stalk overflows with citra hop giddy-up!” At 5.7% ABV this cider is a pleasant day drinker for the warmers months ahead. 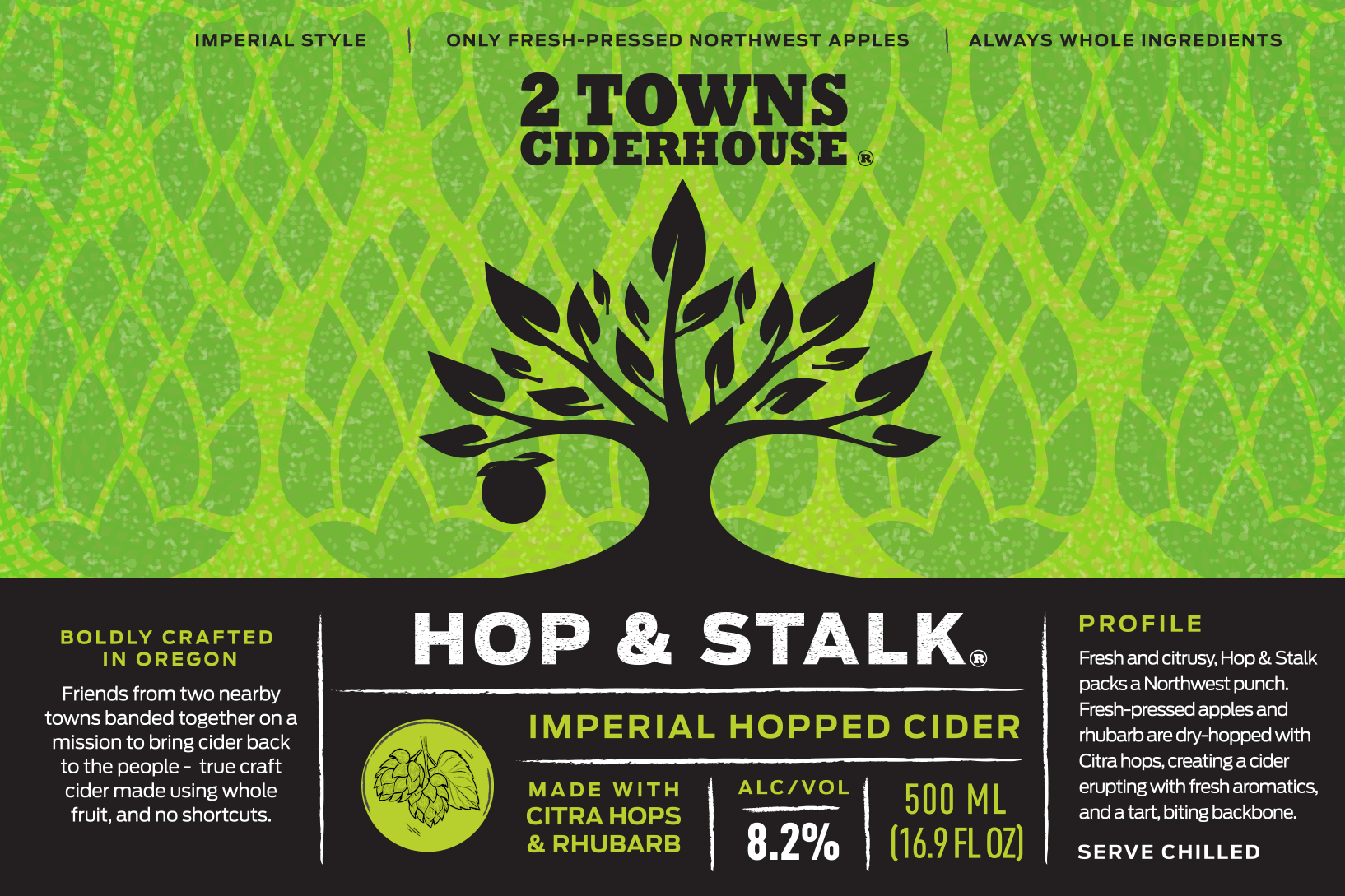 With fresh citrus notes, Hop & Stalk packs a Northwest punch and releases just in time for graduation, early summer camping and backyard grilling season. Fresh-pressed apples and crimson red rhubarb are dry-hopped with Citra hops, producing a cider that erupts with fresh aromatics, and a tart, biting backbone. Hop & Stalk is a bit bigger of a cider at 8.2% ABV.

Both Prickle Me Pink ^2 and Hop & Stalk will be available in Oregon, Washington, California, Idaho, Nevada, Hawaii, Alaska, Minnesota and Chicago.