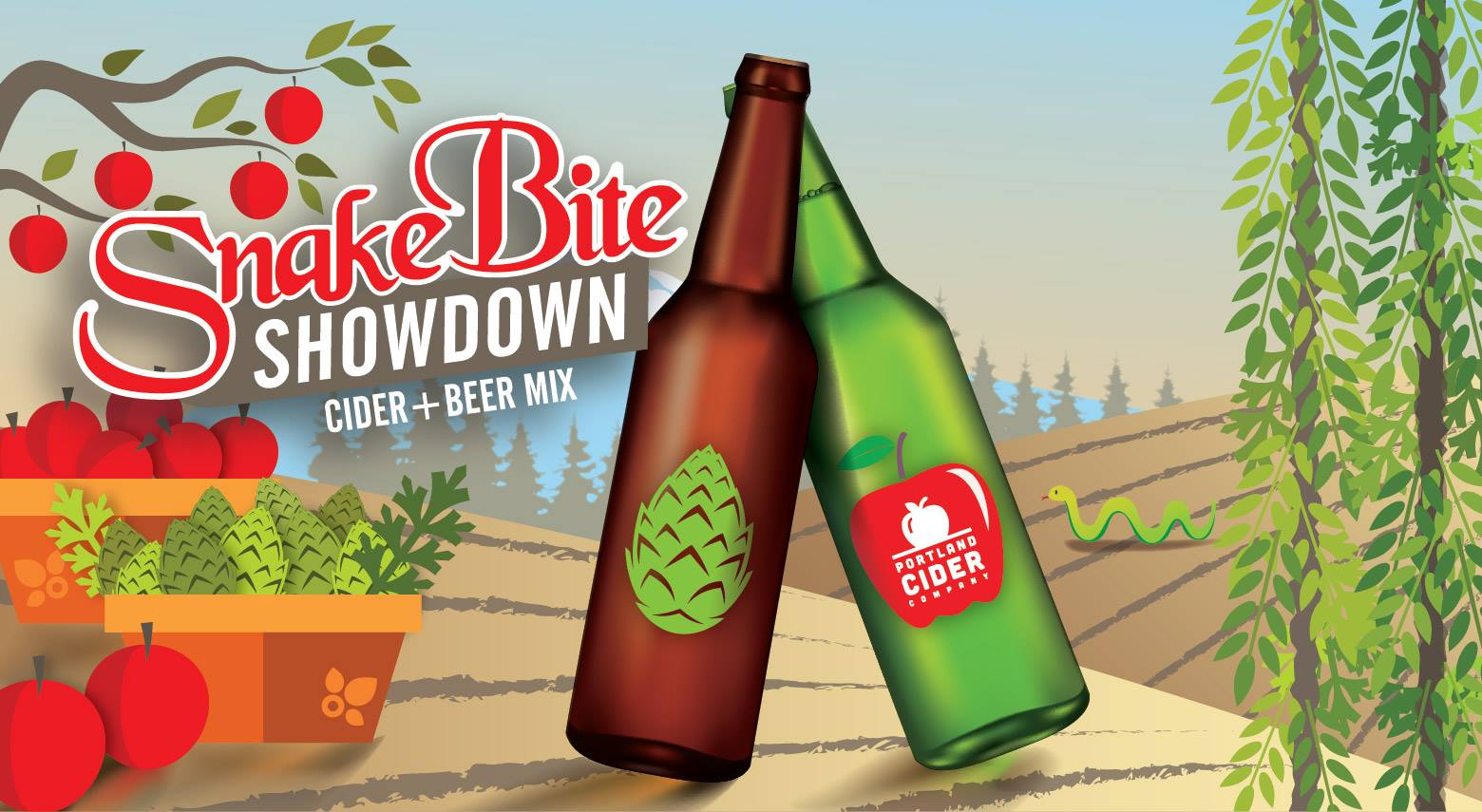 The blending of beer and cider will come to the forefront at the 2nd annual Snakebite Showdown on Saturday, June 16, 2018. The annual event that brings together snakebites will be held at the Widmer Brothers Beer Garden in North Portland from 1:00-7:00pm.

Advance admission costs $20.00 ($2.23 after fees) that includes a commemorative glass and six drink tickets that yield 24 ounces of snakebites. Additional tasting tickets will be available for $2.00 each. All snakebite blends will be one ticket per four-ounce sample. Entry at the gate will be $25.00 for the same package mentioned above. Purchase advance tickets by clicking HERE.

Also taking place during the six-hour event will be random performances from bagpipers and dancers with the Portland Highland Games. The event is for those of legal drinking age and is a benefit for the Oregon Brewshed Alliance.