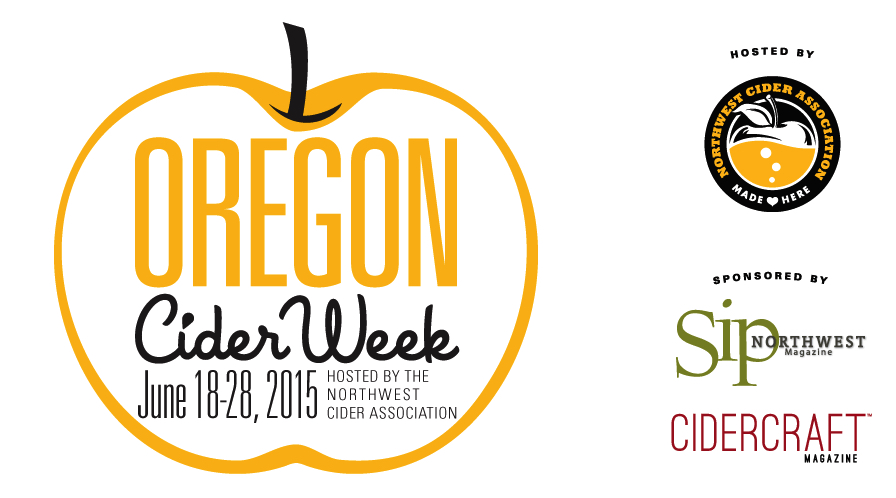 Tomorrow is the start of the 4th Annual Oregon Cider Week that takes place from June 18th – 28th. This 11 day Oregon Cider celebration is brought to us by the Northwest Cider Association and they invite everyone from cider makers to chefs to showcase Northwest cider in a variety of special events, featured menus, happy hours, tap takeovers and more.

“Oregon has an incredible cider community that rivals anywhere in the world,” said Sherrye Wyatt, executive director of the Northwest Cider Association. “This is the best time for anyone who’s either cider crazy or cider curious to taste and learn what this rapidly growing industry is all about.”

Oregon Cider Week’s largest event provides a chance to sample more than 190 selections from around the world at Cider Summit NW Festival on June 19-20 outdoors in Northwest Portland at The Fields Neighborhood Park. There are also a bevy of beverage bashes ranging from educational “how-to” workshops at the OMSI to a cider bike tour around Portland.

One of Oregon’s oldest cideries, Wandering Aengus will appear for tastings at New Seasons Market, Corvallis Brewing Supply and several other venues around the state while Atlas Cider in Bend will celebrate its opening with a block party complete with live music, cider, and games.

More details and a full list of events with more being added daily is available here.