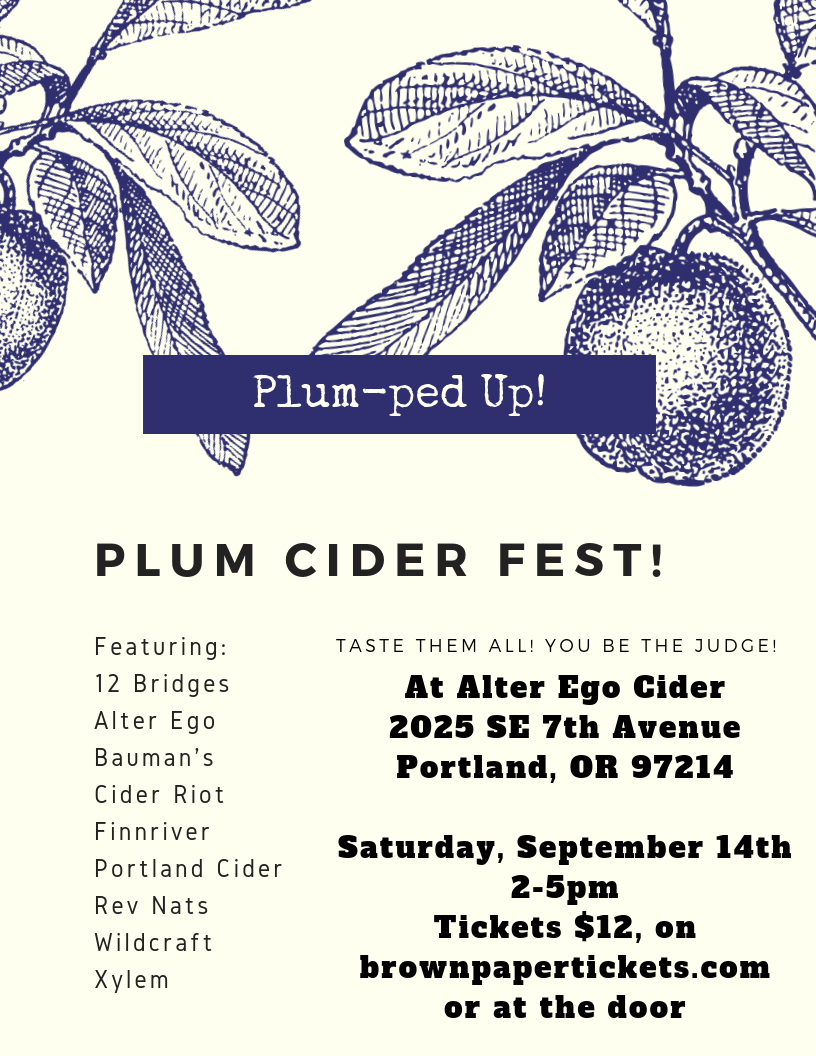 Never knew there was a market for plum cider but Alter Ego Cider believes so as it is set to host a Plum Cider Fest on Saturday, September 14th from 2:00-5:00pm. Alter Ego invited a few other cider makers, eight to be exact, to be part of this first ever Plum Cider Fest.

Attendees will vote for their favorite plum cider as Alter Ego will award Gold, Silver and Bronze medals accordingly.

Tickets are $12 per person and includes 5 drink tickets (for 2.5 oz pours) and a keepsake Alter Ego glass. Advance tickets can be purchased here.