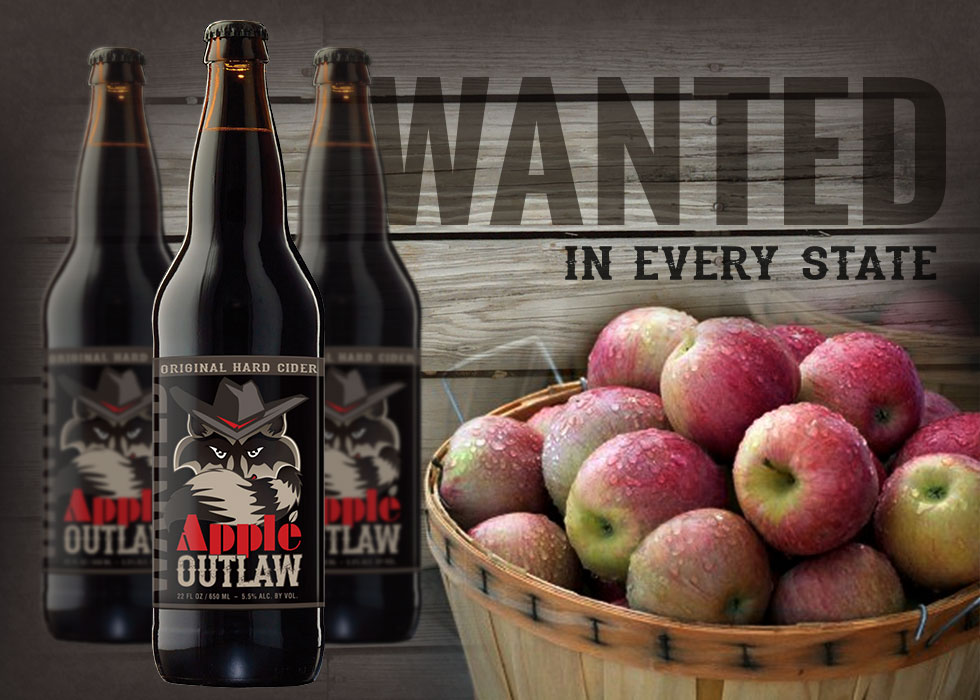 Founded by Blair Smith and Marcey Kelley, Apple Outlaw started with the love of an apple orchard. Today, they’re making great tasting and ethically made ciders from Southern Oregon.

With everyday flavors such as their Original, Rabid Dry, and Ginger Bite; Apple Outlaw brings great ciders to the market while using organic farming practices and good land stewardship. Encouraging biodiversity while practicing good water conservation, Apple Outlaw takes their responsibility to the planet seriously. Not only do they take care of their environment, but they also take care of their community donating at least 1,000 pounds of apples to the Josephine County Food Bank every year.

Here are more descriptions on each of their three varieties:

Apple Bandit Original
This is their flagship cider. This sparkling, golden, semi-sweet cider has strong floral and fruity aromatics with a long finish. Just one taste and you’ll understand why the Bandit is wanted in every state.

Rabid Dry
This cider is for the experienced outlaw; its intense flavor so infectious, you’ll be left craving more. Apple aromas persist in this slightly acidic, dry cider, creating a bold flavor with no residual sweetness. This brew is made for the no-nonsense, straight-shooting rogue.

Ginger Bite
Made with a delicious blend of apples and Peruvian yellow ginger at our family-owned orchard in the Applegate, Ginger Bite is bursting with apple aromas and the spicy zing of ginger. The combo packs a punch sure to reward your rebellious palate, should you be so adventurous.

Apple Outlaw sought to increase their reach into the rest of Oregon after a short time distributing their own product in Portland. Apple Outlaw takes a land to consumer approach, growing many of the apples used in their own cider. With growing success in Southern Oregon, they decided the time was ripe to bring their fantastic ciders to the rest of the state. With offerings in 22oz Bottles, 1/2BBL & 1/6BBL kegs; Apple Outlaw is bringing farm fresh hard ciders to the people of Oregon in a variety of ways.