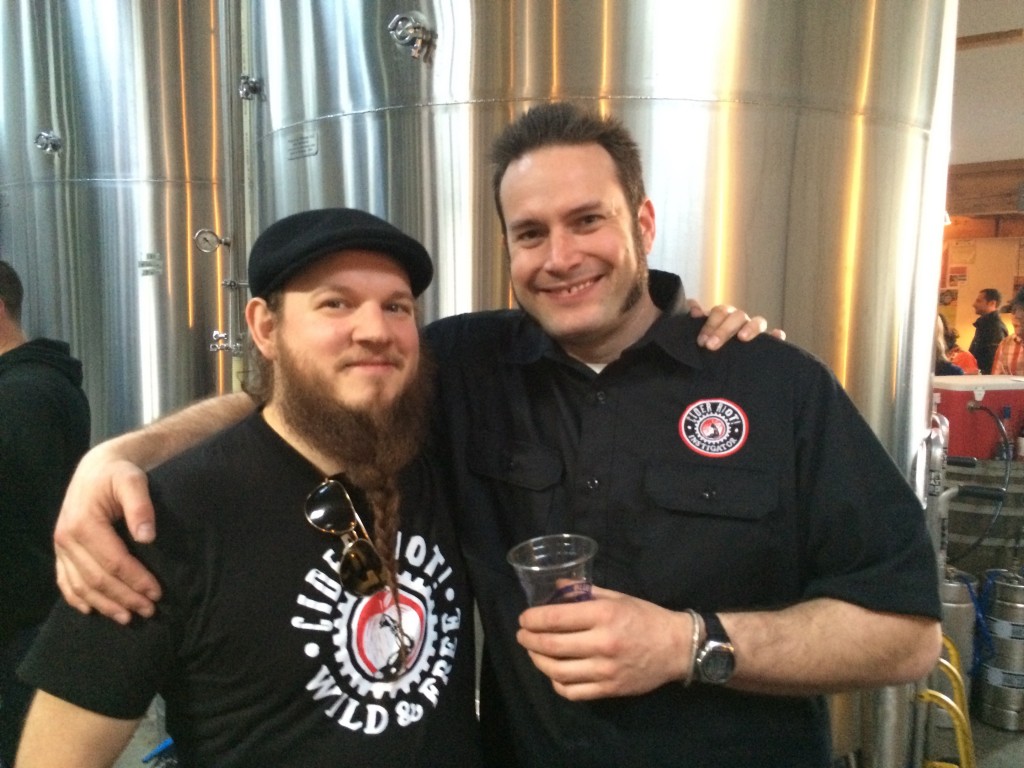 Cider Riot! is upping its game in the craft cider market with its latest release from the new Black Bloc Series™. As Abram Goldman-Armstrong and his team at Cider Riot! expands its offerings, the Black Bloc Series embodies the founder’s love and reverence for the cider apple.

These ciders are the cideries most hardcore and intense, and apt to disappear into the crowd before you know it. These super limited edition ciders use rare apples varieties, traditional techniques and extended aging. Limited to a few cases per release, Black Bloc ciders are available only while supplies last.

The first release in the Black Bloc series is Bogman’s Cranberry Brettanomyces Cider. Bogman’s is a blend of over twenty different cider and dessert apple varieties aged for a year on natural brettanomyces from the orchard where the apples were grown. Oregon cranberries were added to add a touch of acidity to balance the flavors of the brettanomyces. The cider was then allowed to bottle condition for nine months, to achieve a smooth round carbonation.

It’s been a long road from the initial pressing in 2013 to your glass in 2015, so savor the complexity of this Black Bloc cider before it vanishes. Cider Riot! ciders are sold throughout Oregon, Washington, British Columbia and overseas in Norway and Japan. However, Bogman’s Cranberry Brettanomyces Cider is only available in Oregon and Washington at better bottleshops.