Cider Riot! has come a long way since its inception in April 2013 in the backyard garage of founder Abram Goldman-Armstrong. Its first ciders hit the Portland market in February 2014 too much local fanfare. Now the time has come that the cidery will finally expand into a proper new home that will allow for much needed growth in Northeast Portland a block east of Burnside Brewing.

“After producing nearly 500 barrels (15,500 gallons 58,600 liters) of cider in 2015, the garage is literally bursting at the seams,” says Goldman-Armstrong in a release. Cider Riot! worked with Bottlecap Brokers to find its new home at the former @Large Film studios in Portland’s inner east side.

From recently touring this 7,200 square foot building, Cider Riot! will end up with a very inviting space to begin its next, larger chapter. With a build-out already in progress Cider Riot! hopes to have the production cidery and tasting room opening in late spring of 2016.

The building itself is of decent size with lots of office space and an area for a decent sized tasting room in the buildings entry space. And since the space was previously home to a movie studio there’s a recording studio ready for some use upstairs. Maybe a Cider Riot! record label in the future??

Once the build-out is complete, Cider Riot! will have four new 30-barrel fermenters from Metalcraft Fabrication. But prior to these tanks being installed there a new concrete floor will be poured. The production space of the building also is home to a nice basketball hoop and an upper level that will be used as a stage for its first event on Februray 5, 2016.

This expansion will cap off a solid past year for the cidery. In May of 2015, Cider Riot! hired its third employee, Philip Rohner, whom join founder Goldman-Armstrong and Izaak Butler. Rohner relocated to Portland from Austin, Texas where he was a brewer at 512 Brewing. Since coming on board, Rohner has taking over as the cider maker at Cider Riot!. Also on board at the cidery is Garrett Dittfurth handling marketing and other tasks and Ali Digenis continues to do tastings and events.

Cider Riot! will continue to release its ciders in 500 ml and 2 litter bottles alongside its draft offerings. The cidery will also continue with its distribution arrangement with Maletis in the Portland area and self distribute in Washington and Eugene. 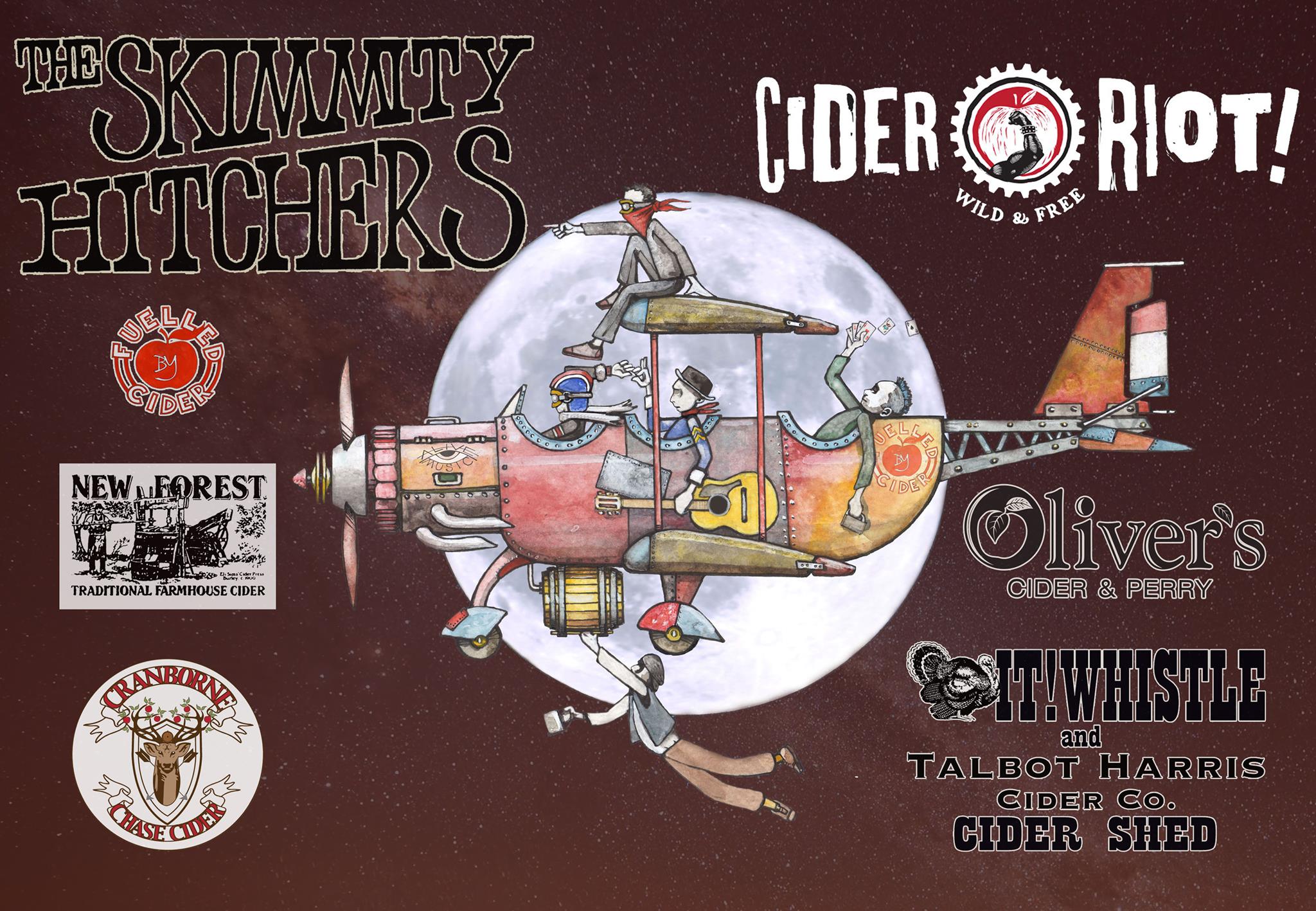 For those that want to catch an early glimpse of the space, Cider Riot! is hosting an event when CiderCON is in Portland from February 2 – 6. On Friday, February 5, at 7:30pm Cider Riot! will host England’s Skimmity Hitchers, a Scrumpy & Western band from the cider-sheds of Dorset and Somerset. The Skimmity Hitchers play a blend of folk-punk, rockabilly and ska, with plenty of cider-swigging anthems and this will be the band’s first ever North American tour. Portland groups, Gypsy Trident and The Portland Punk Rock Collective will open the show. Admission is $5.00 at the door or free with a CiderCON badge for those 21 years of age or older. Advance tickets may be purchased here.