After being for sale for a majority of the year and its mounting debt unable to be paid, Cider Riot! will officially close its doors and cease operations on Sunday, November 10th. Prior to closing, Cider Riot! will host a final celebration on Saturday, November 9th with live music from Anti Sycotix, a Skeptix cover band, and a Sisters of Mercy cover band along with serving its final pints of cider.

When Cider Riot! officially listed its cidery for sale in September 2019, it was too late to salvage and stave off the mounting debt that the cidery has been accumulating since it expanded to its current 9,800 sq. ft. building in 2016. A little over one month ago the cidery was listed on Pro Brewer at $875K for all equipment and intellectual property or $700K for just the equipment. Now the price as dropped to $675,000 or $500,000 for equipment/asset only sale. Learn more about purchasing the equipment by clicking HERE.

Cider Riot! will be closing its pub and production facility at 807 NE Couch Street at the end of business on November 10th. We will be celebrating six years of amazing ciders with a retrospective of great cider and a punk and goth show on 9th November. The lineup includes Anti Sycotix, a Skeptix cover band, and a Sisters of Mercy cover band.

We would like to thank the community for the support over the last six years, as we grew from my NE Portland garage into an internationally recognized cider brand. Unfortunately our expansion in 2016 was too costly and we’ve been struggling financially ever since. The pub has finally come into its own but the expense of buildout put us in a financial hole we’ve been unable to dig our way out of. We’ve been actively seeking additional equity investment since 2017 to no avail. In 2018 we had to drop down to a skeleton crew, and in 2019 took on additional debt just to keep employees paid and the lights on. Distributor purchases have dropped dramatically in the last year, as cider sets are replaced with hard seltzer.

We are terribly disappointed to have to join the Class of 2019 along with Alameda, Bridgeport, Burnside, Coalition Lompoc, and Rock Bottom. It’s been a devastating year for Portland’s wonderful and inspiring beer and fermentation scene. When we expanded from my garage in 2015 cider was growing at 39%. Now White Claw is allegedly outselling Budweiser, and cider has taken a massive hit.

While the physical attacks and continual online harassment from racists, anti-Semites, homophobes and fascists associated with Patriot Prayer have little to do with our closure, I am sure they will be gloating. We want to give an especial thanks to everyone who has stood with us in opposition to bigotry, and we will continue to fight them in the courts, to help make our streets and pubs a safe space for all people, regardless of gender, race, country of origin, who you choose to love, or your belief system.

I am immensely proud of our amazing staff and hope to see them continue to excel in the brewing and hospitality industries, they are to credit for our getting voted Willamette Week’s Best Cider Pub in 2019.

We have had a lot of successes over the last six years, of hitting profitability in year one in my garage and growing production to 500 barrels in a 20×20 foot garage. We’ve won dozens of awards for our ciders, including four at the Royal Bath and West Show in Somerset England in 2017 and 2019. In 2015 we teamed up with Gigantic and Beau’s Brewing to bring you Snakebite, and hosted an awesome launch party with D.O.A. and Defiance. We hosted the Skimmity Hitchers on their first ever North American tour in 2016, including an amazing Cidercon show in our own production facility, and the fantastic gig at the Rickshaw in Vancouver, BC with the Dreadnaughts. We’ve hosted dozens of amazing punk shows, Morris dancers’ pub sings, and Irish trad sessions, benefits for organized labor and other amazing community groups. We’ve poured at ciderfests in every state and province on the West Coast, and in Norway and the Netherlands. Greg Ginn of Black Flag recently stopped in for a few pints, bought a Cider Riot! tshirt and wore it on stage.

All of these memories are amazing, unfortunately we need a significant infusion of additional capital in order to get to profitability, and have not managed to find it.

Sunday the 10th will be our last day of operation, and we’ll be selling off our remaining stock by the growler. We hope to see folks for the show on the 9th or a growler fills on the 10th. Thanks again for the amazing support over the last six years.

Drink Up Thy Zider, for tonight we’ll merry be, 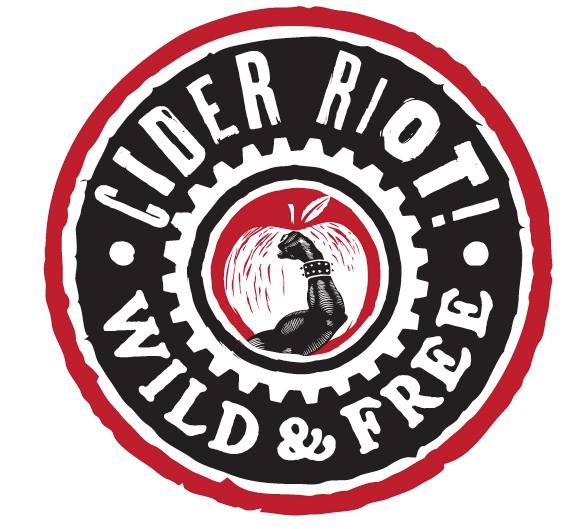 Cider Riot! will remain open through Sunday, November 10th with the following hours.