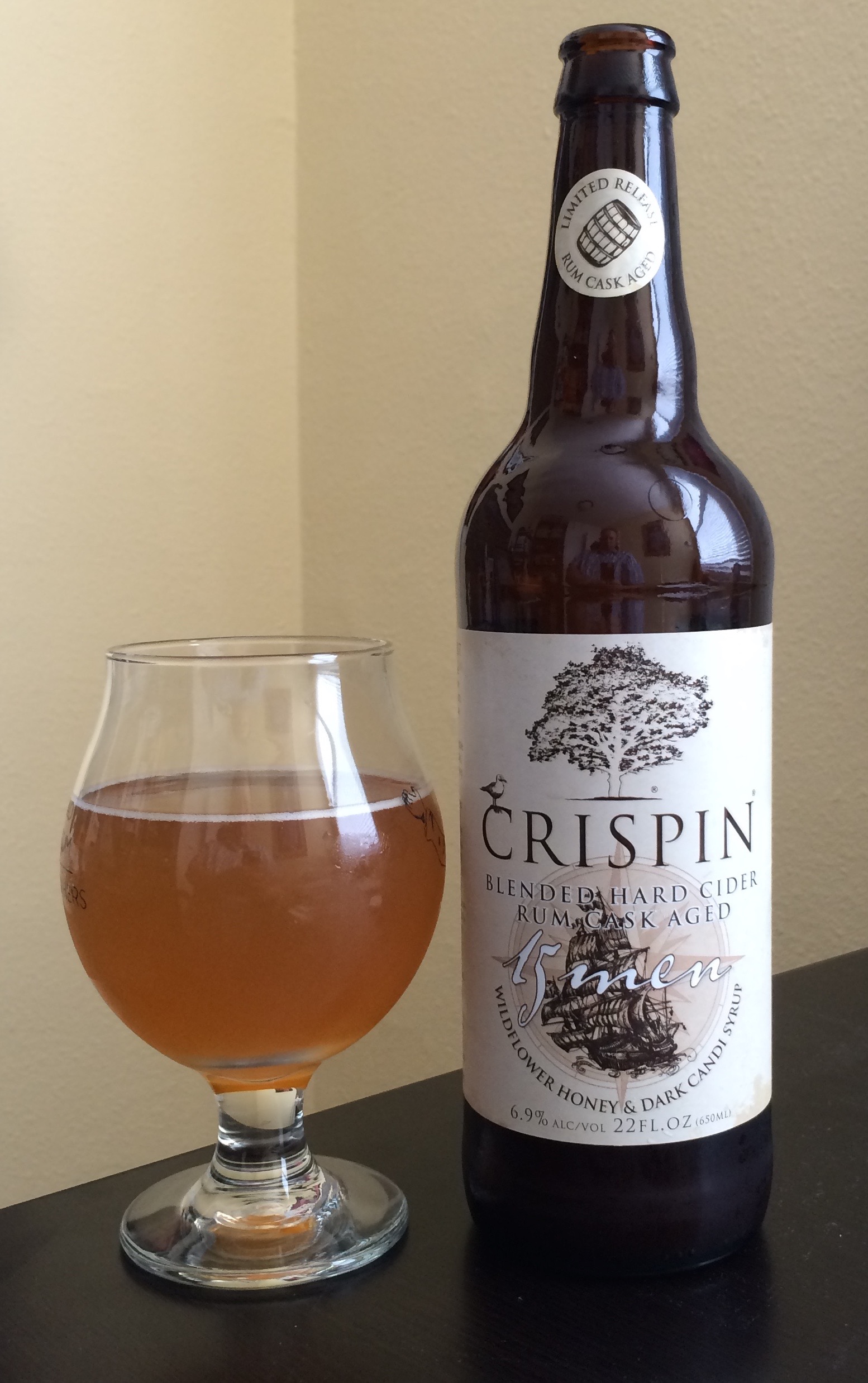 Just as beer has seen a rise in popularity in the process of barrel-aging, cider is not about to be left behind. More and more cideries are also enhancing and growing its barrel aging program. One cidery that has been part of this growing trend is Crispin Cider, a division of MillerCoors’ Tenth and Blake. The cidery has been barrel-aging its cider for the past six year. Late last year Crispin released its Steel Town Barrel Aged Cider (more can be read about this cider here) and now is set to release 15 Men, a rum barrel-aged cider, packaged in 22 oz. bottles for a limited time beginning in October 2015.

Crispin states that 15 Men is “Inspired by Robert Louis Stevenson’s classic tale Treasure Island, 15 Men is filled to the brim with the spirit of buccaneers and buried treasure. With the Caribbean in its heart and a adventure in its soul, this cider rolls strong like a deep ocean swell.” This is great lore but the cider in the bottle is what really matters and Crispin delivers the goods.

The base cider for 15 Men is a Colfax apple wine that is followed by aging in dark rum barrels and then finished with Wildflower Honey and Dark Candied Syrup. The sweetness of the rum shines through but is kept at bay with the apple’s acidity. This balance of tart and sweet is a positive one and allows for a pleasurable enjoyment of the bottle of cider. At 6.9% ABV 15 Men barrel-aged cider is one that will appeal to many fans of craft cider.

15 Men is best enjoyed at cellar temperature of 50-55 degrees and can be served with or without ice cubes.