Oregon Cider Week arrives later this week taking place from June 20-29 with many cider events throughout the state of Oregon. The week kicks off on Friday with Cider Summit Portland at The Fields Neighborhood Park in the Pearl District.

Finnriver Farm & Cidery is joining the fun with a weeks worth of cider events. Some of the highlights are listed below. 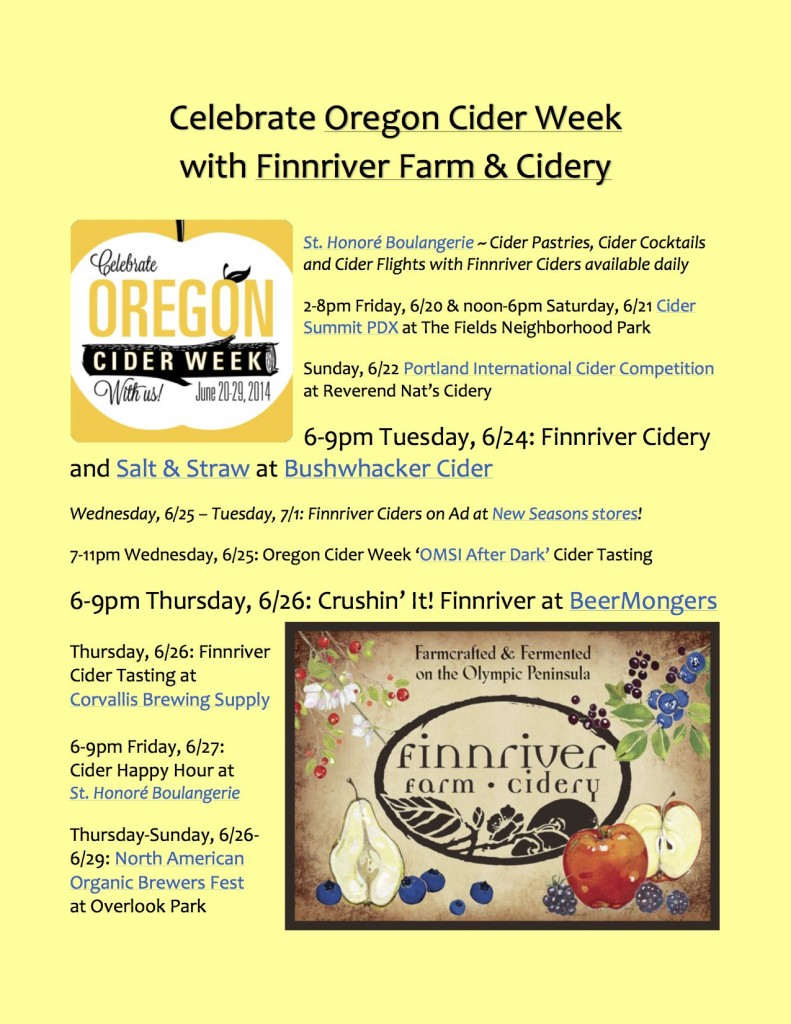