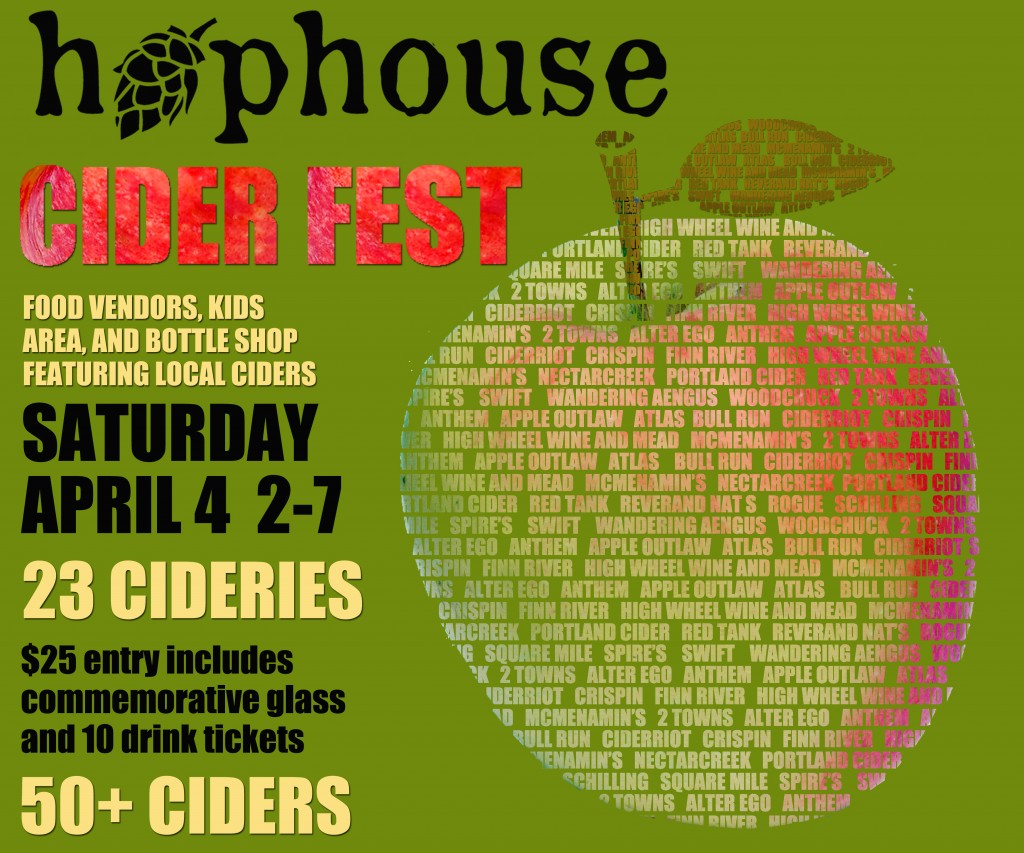 Hawthorne Hophouse is set to host its second Cider Fest on Saturday, April 4th. This outdoor cider festival will host 23 cider vendors, pouring over 50 ciders. Event hours are 2:00 to 7:00pm at Hawthorne Hophouse.

Admission is $25 the day of the event, or can be purchased online for $20 at GetMyPerks. Admission covers 10 drink tickets and a commemorative glass. BBQ food will be served outside for the festival, and a children’s play area will be accessible for families.

Cider Fest 2013 brought in a crowd of over 800, and we anticipate another great turnout this year! There will be a wide range of ciders, from dry to sweet, with fruit ciders, grapefruit and honeywine, and even some herb infused versions of the hard apple staple. Additionally, numerous cideries utilize organic growing practices and other sustainable and heath-oriented ingredients, so there will be many options for the conscious drinker!

Also, April will be Cider Month at Hophouse, featuring 8 taps of cider all month long at both Hophouse locations, with flights of 8 tasters for $10 all month. Look for tastings with cidermakers on Tuesdays and Thursdays for the entire month, and get your cider fix!