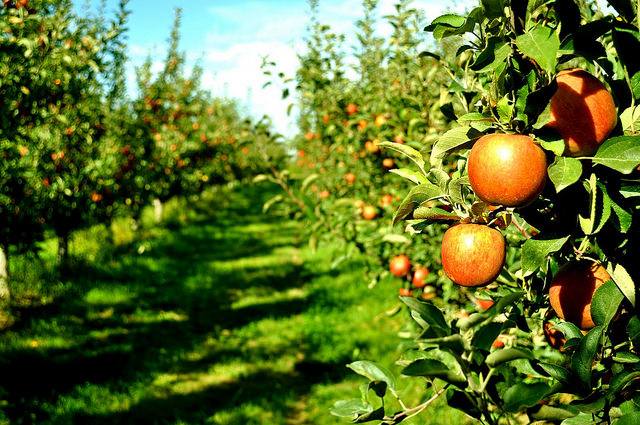 Finnriver Farm & Cidery and Cider Riot! have joined forces to host How About Them Apples? at Saraveza Bottle Shop and Pasty Tavern. Taking place on Thursday, September 10 from 6:00 to 9:00pm, the two cideries will explore a wide range of apple tastes— from fresh to fermented, hopped, fruit, herbed, spiced and fortified.

How About Them Apples? is an event that celebrates the changing season. The evening showcases select seasonal ciders on draft with specialty bottle selections sampled and available for purchase.

Sink your teeth into what is happening in the growing craft cider sector with Finnriver and Cider Riot’s local and national ambassadors, taste what is fermenting in two Oregon and Washington cideries while enjoying tastes of organic culinary apples.

Here’s a listing of ciders to be featured at How About Them Apples?

Cider Riot! Pinot BBL-Aged Burncider, 6.8% ABV (SPECIAL NEW RELEASE)
Just like Portland’s Old Main Drag, Burncider® has a rich history and flavorful character. Inspired by the pub draught ciders of the English West Country, Burncider® blends Oregon-grown traditional English cider apples; including Yarlington Mill, Dabinett and Muscadet de Bernay, tart wild apples from the woods of Yamhill County, and dessert apples from the Hood River and Yakima Valleys. A fusion of the traditions of Worzel Gummidge and Johnny Appleseed, Burncider® uses both wine and ale yeasts to bring out the nuances of tannin, acid and flavor from this unique mix of apples.

Pinot barrel-aged Burncider® spent six months in a French oak barrel formerly home to Brickhouse Pinot Noir, from Yamhill County’s Ribbon Ridge AVA, just down hill from the orchard where the cider apples used in Burncider® were grown. Notes of vanilla, oak, and the faintest vinous quality accent the natural tannins of the cider apples.

Cider Riot! Never Give An Inch – OR Blackberry Cider, 6.9% ABV
A testament to determination, hard work, and downright cussedness, Never Give an Inch celebrates the spirit of Oregon. Invasive Himalaya blackberries run riot across the fence lines and fields all across western Oregon. Fire, chemical poisons, machetes, bulldozers, even goats can only beat back their inevitable advance, as they attempt to take over every square inch of cleared land. Luckily their fruits are delicious, juicy, and plentiful, spawning the phrase “as Cascadian as blackberry pie.” In Never Give an Inch, Oregon blackberries and blackcurrants combine with Hood River and Yakima-grown apples create a tart dry cider with a fruity aroma.

Cider Riot! 1763, 6.9% ABV
A tribute to those who stand up against the status quo, 1763 commemorates the year of the Cider Riots in the English West Country, when cider lovers rose up and overthrew the nefarious Prime Minister Bute who imposed a tax on cider. 1763 is inspired by the West Country ciders that warranted such passion. Yamhill County grown Yarlington Mill, Harry Masters Jersey, Dabinett, & Kingston Black apples lend robust tannins, and rich flavours to a cider that’s worth fighting for.

Finnriver Apple Abbey Cider 6.5% ABV
Made with organic Washington Jonagold and Cameo apples from Tonnemaker Farms in Royal City, Washington this cider is fermented with a classic Belgian style ale yeast which is low attenuating and low flocculating (the yeast cells are not persuaded to drop out of suspension) to produce a silky, semi-sweet cider with a steady, gentle cloud. Creamy and full-bodied a lingering sweetness from the apples mingles with aromas of pepper, clove spice, and a slight tropical nose. Toasted nut on the finish.