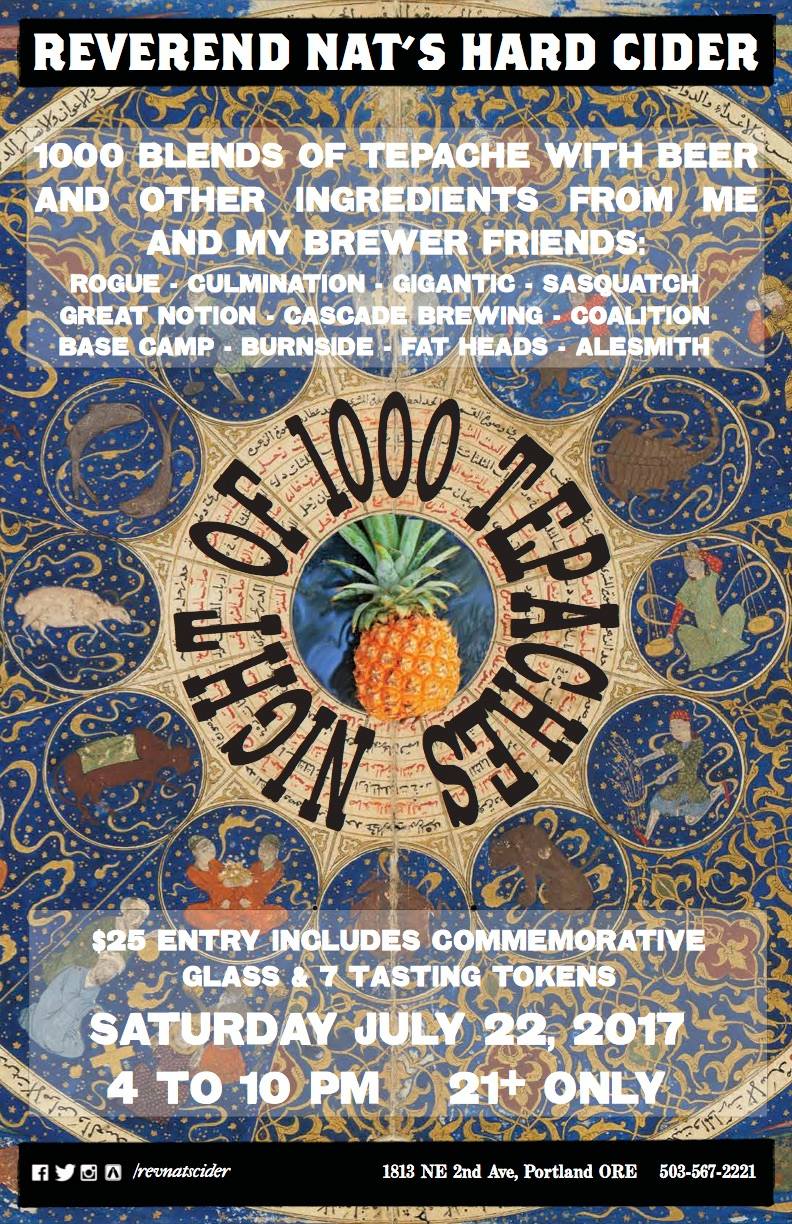 The 3rd annual Night of 1000 Tepaches makes its return to Reverend Nat’s Hard Cider tomorrow, Saturday, July 22nd. Taking place inside its taproom, Reverend Nat’s will serve up numerous blends of its Tepache mixed with beer and other beverages from 4:00-10:00pm.

Not sure what Tepache is? Well it’s a beverage that’s fermented from the peel and the rind of pineapples. Tepache is then sweetened sometimes with brown sugar or piloncillo along with powdered cinnamon to create this refreshing low ABV beverage.

Then to take on even more interesting flavors Tepache can be blended with beer, something that Reverend Nat’s has been doing for the past few years. For Night of 1000 Tepaches Reverend Nat’s will pair its Tepache up with 11 different breweries along with serving some in-house blends.

Here’s what to expect on Saturday.