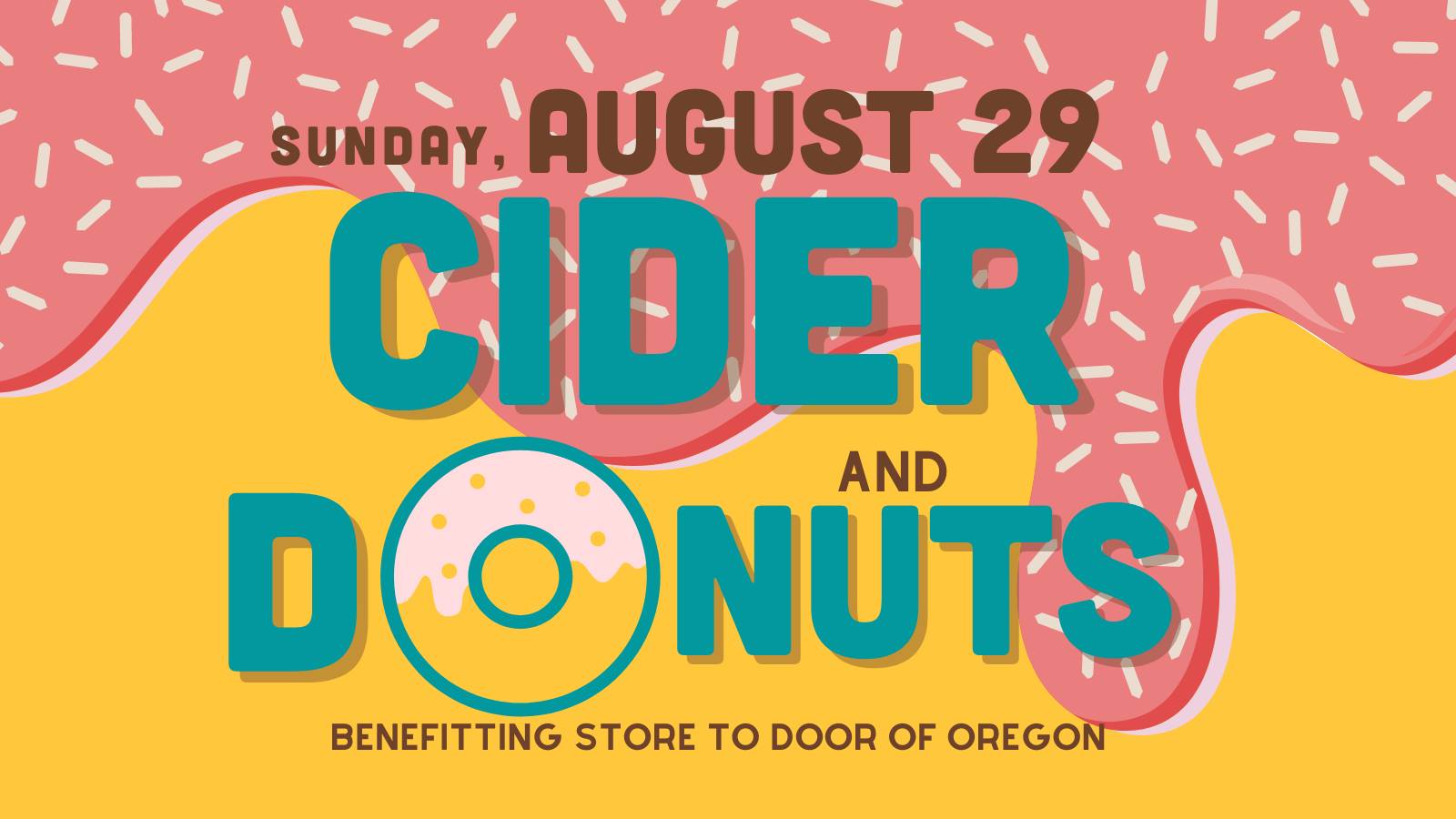 Donuts and craft cider come together at the 2021 Donut + Cider Fest hosted by Portland Cider Co. Six Portland-area cideries and bakeries come together on Sunday, August 29th for the return of the popular Cider + Donuts Fest.

For the safety of the community and its staff, Portland Cider Co. is hosting this year’s Cider + Donuts event as a paired flight served to attendees at their individual tables in our taproom dining areas. Each flight will include six different 3-ounce cider samples and donut morsels.

The Donut + Cider Fest will be held at both Portland Cider Pubs: Portland Cider House on Hawthorne and the Clackamas Pub. A portion of proceeds will be donated to Store to Door. To purchase tickets click here.