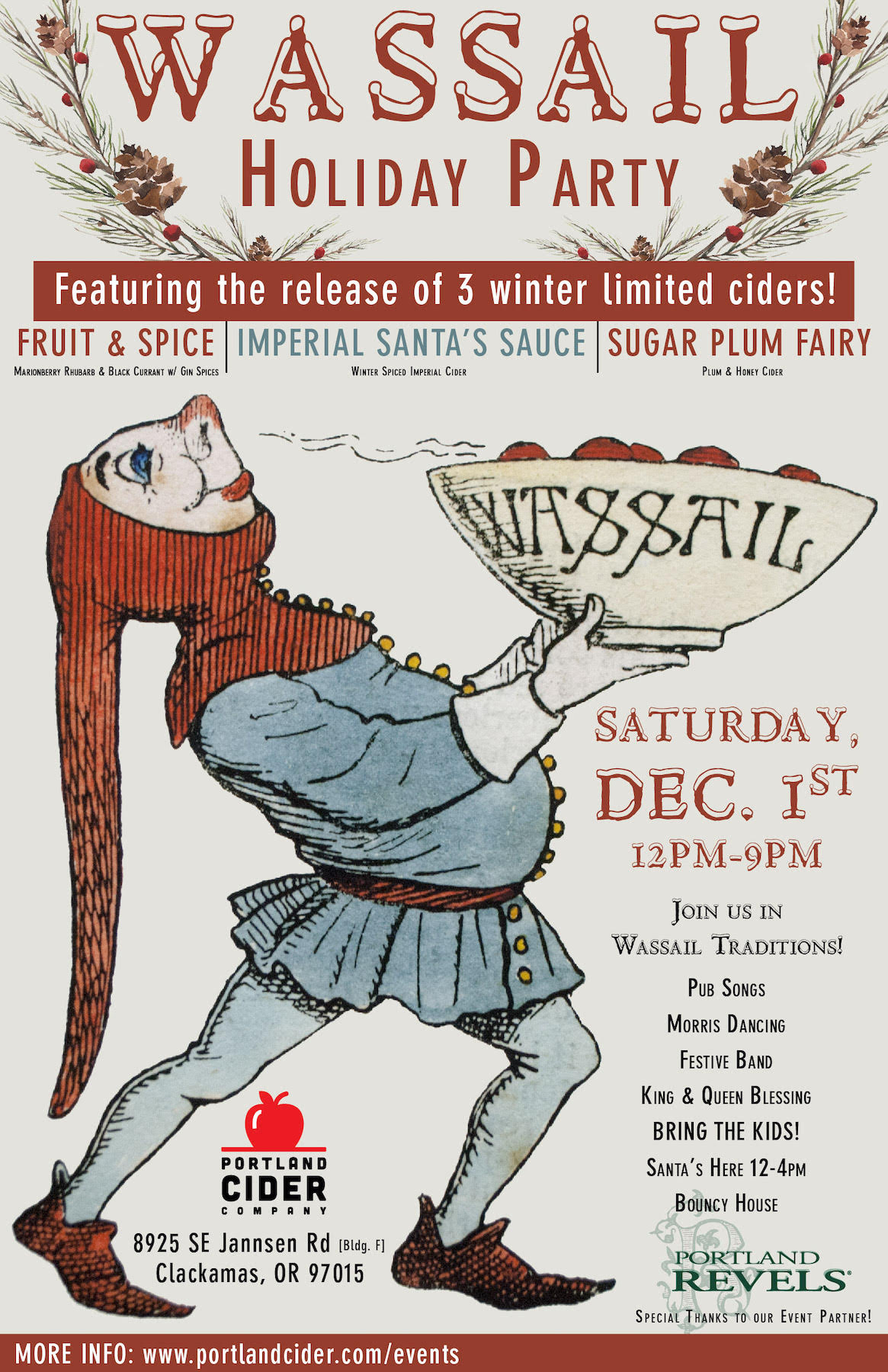 Portland Cider Company will bring holiday cheer to Clackamas when it hosts its 2018 Wassail Holiday Party on Saturday, December 1st. The family friendly holiday party will take place at the cidery’s Clackamas Pub & Cidery from Noon-9:00pm.

Wassail Holiday Party will feature special cider releases, performances from the Portland Revels, a toasting of the trees, caroling, and a special area with kids’ activities.

The family friendly entertainment will include a kids area with a bouncy house, hot apple juice, and visits with Santa until 4:00pm. For kids at heart, Ice Cream Feens PDX is hosting a pop-up shop with ice cream stuffed doughnuts, including a Caramel Apple Doughnut made with Portland Cider’s Perfect 10 Cider; the doughnuts will be available until 6:00pm.

The Portland Revels will help ring in the season with a traditional Wassail from 5:30-8:30pm, featuring live music from some of their talented musicians, including Elias Alexander on the fiddle/pipe. The evening will also feature Morris dancers, pub songs, and Scottish dance lessons to celebrate the Portland Revel’s upcoming Christmas performance, Highland Voyage.