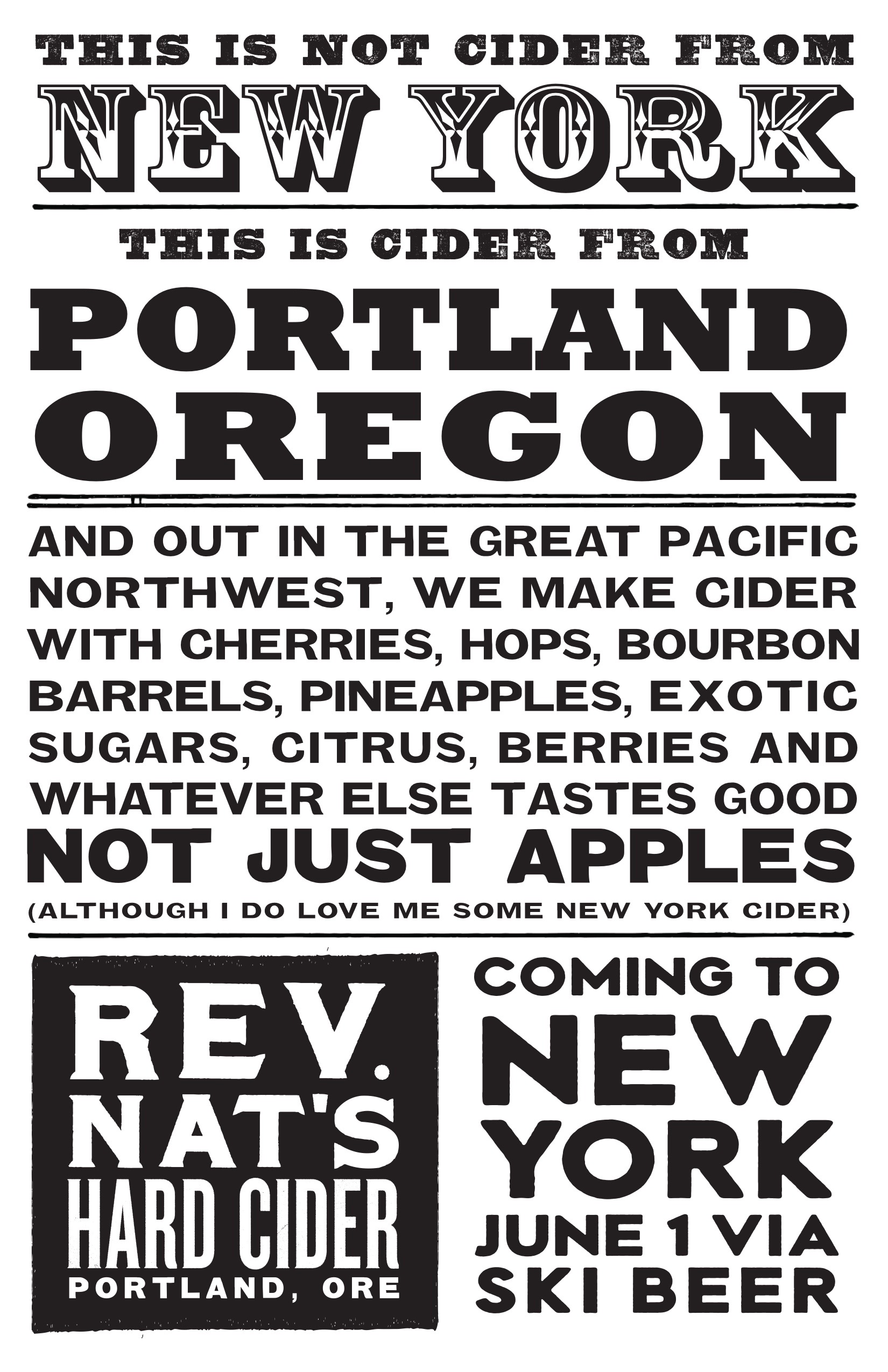 One of Portland’s most beloved cideries is expanding its reach to New York. Reverend Nat’s Hard Cider has just signed with New York based distributor S.K.I. Beer to distribute its cider in the Empire State.

Here are the complete details from today’s press release…

“New York has such a vibrant craft beer scene dating back to its rich immigrant brewing history in the 1800’s on to the founding of Manhattan Brewing Co in the mid 1980s and Brooklyn Brewery in the mid 1990s. And New Yorkers strongly embrace the delicious farm-based ciders produced throughout the state. But no one in New York, or for that matter the entire world, is making ciders that combine these two perspectives into one singular drink,” said Nat West, founder of Reverend Nat’s Hard Cider.

The company’s core offerings of Revival Hard Apple, Sacrilege Sour Cherry, Hallelujah Hopricot, Deliverance Ginger Tonic and a rotating seasonal (currently their summer seasonal Viva La Pineapple) will all be available in bottles and on draft.

S.K.I. Beer’s Chief Strategy Officer Mike Burmil said, “When I first met Nat and drank his ciders in early 2015, I immediately knew I needed to bring these unusual ciders to New York to complement the traditional local ciders we have already. I’m very excited to promote Reverend Nat’s in the growing New York cider scene.”

The increased distribution comes amid continued growth in Reverend Nat’s home market of Oregon and is facilitated by continuous capital investment in the Portland-based cidery. “I have purchased multiple tanks every year since our founding. We are now up to nearly 1000 BBLs of tanks, and excited to keep them full all the time,” said West.

A weeklong series of launch events are scheduled to take place in early June, starting with the BeerAdvocate Microbrewery Invitational in nearby Boston and culminating with the cider festival Pour the Core: Brooklyn on June 10.

Reverend Nat is a single-minded cider evangelist and craft beer revolutionary who searches the world for superior ingredients to handcraft the most unusual ciders that no one else will make. Founder Nat West started making cider at home in 2004 and opened Reverend Nat’s Hard Cider in September of 2011. With unique products like the multiple-fermented Revival, dry-hopped Hallelujah Hopricot and quinine-bittered Deliverance Ginger Tonic, he is making cider in the creative spirit of beer geeks. To learn more, check out the website at reverendnatshardcider.com or find him on Facebook or Twitter @revnatscider.