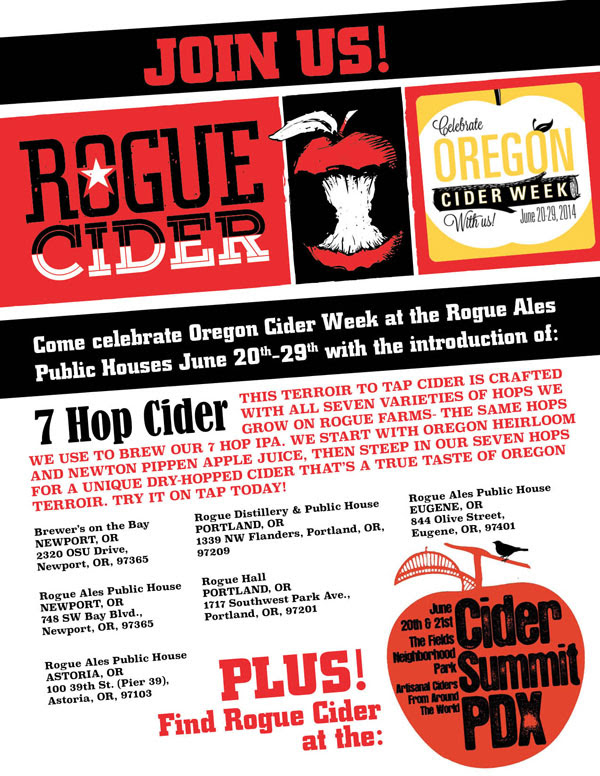 With Oregon Cider Week to begin tomorrow, June 20th, Rogue Ales & Spirits are set to release their first cider, 7 Hop Cider. This is Rogue’s next frontier from their 25+ years of beer and more recently spirits.

Rogue 7 Hop Cider is a terroir to tap cider that is created with all seven varieties of hops grown at Rogue Farms in Independence, Oregon. These are the same hops that Rogue uses in their popular 7 Hop IPA. The seven hops are steeped in the base of Oregon Heirloom and Newton Pippen Apple Juice. This process creates a unique Dry Hopped Cider like no other.

Rogue will be featuring their new 7 Hop Cider throughout their network of Rogue Ales Public Houses from June 20th through 29th, also Oregon Cider Week. In addition you will be able to find Rogue’s new cider at Cider Summit PDX this weekend in Portland’s Pearl District.